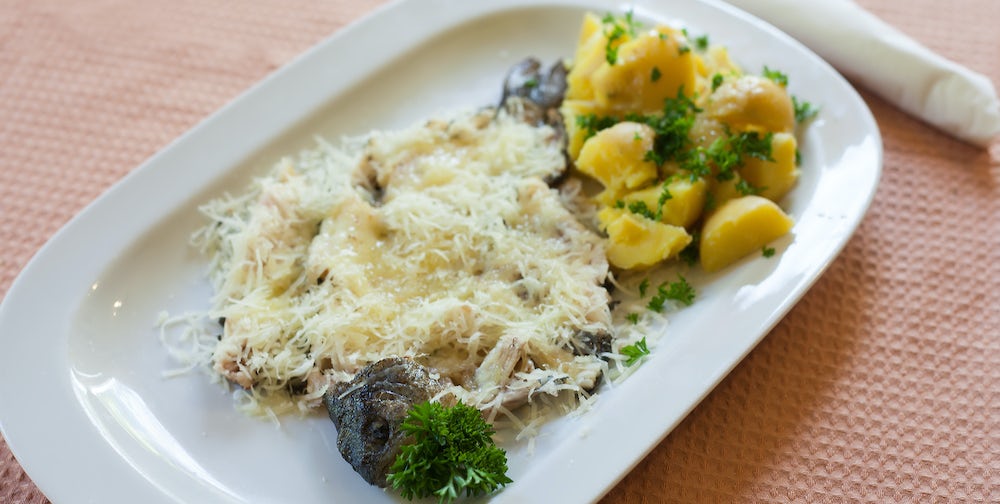 What to Eat when Visiting Slovenia: 5 Delicacies You Have to Try

Traveling around the world gives you the opportunity to try curious delicacies that you can't find at home. Slovenia has a surprisingly diverse gastronomy so a little research before going is a must. This article is a great place to start.

Slovenia is a small but very diverse country. That is also true when it comes to local food and drinks. In fact, Slovenia boasts of more than 170 typical dishes. There are 24 gastronomic and 3 wine-growing areas in Slovenia where you can enjoy tasty and original delicacies.

1. Potica, the queen of Slovenian desserts 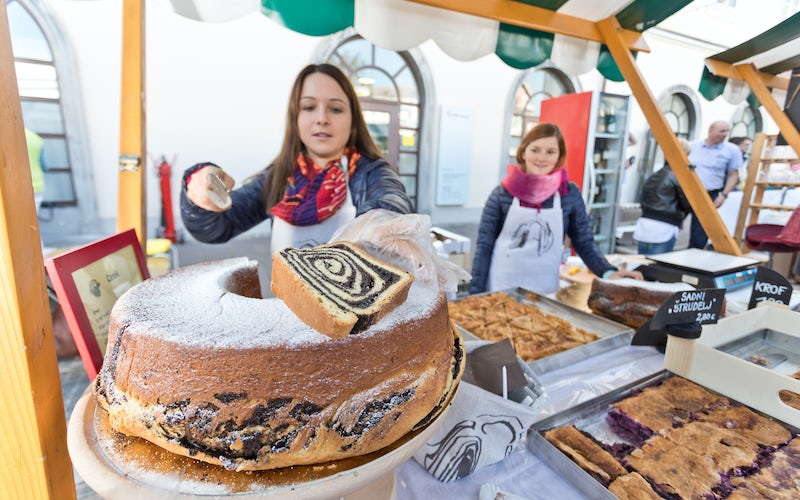 In 2009 I did an interview with mrs. Sunita Williams, a US astronaut with Slovenian roots. At her first visit in Slovenia she told us that she had taken some delicious kranjska klobasa up to the space. However, she decided to come to her grand-grandmother’s country just for the potica.

Potica is a typical rolled festive pastry made from different types of dough, usually leavened dough, filled with one of more than 80 varieties of fillings. The most traditional is potica with walnuts, poppy seeds or tarragon. It is very hard to make this pastry if you are not experienced enough and that’s why mothers and grandmothers in Slovenia often teach their kids how to make it properly. 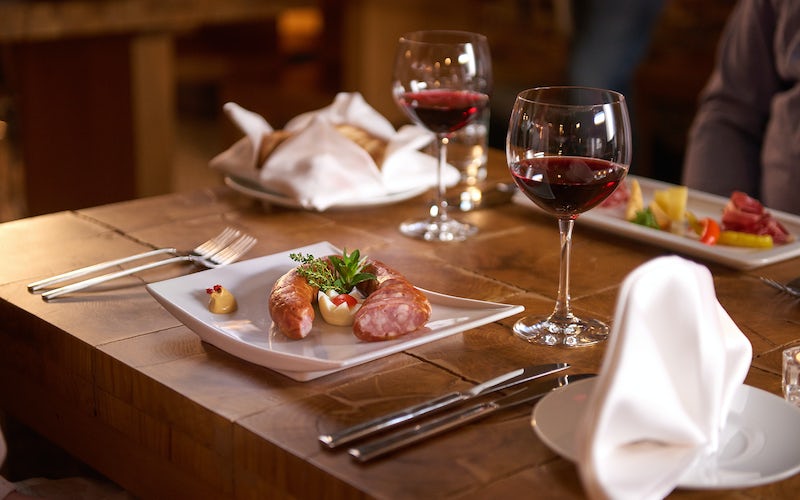 Kranjska klobasa, Carniolan sausage, is the most distinctive culinary product of Slovenia. In 2008 the European Commission approved its entry into the register of protected geographical indications. The basic raw materials is high quality pig meat, solid bacon fat, garlic, pepper and salt. For more succulence, a little bit of water can be added.

The mixture is stuffed in a thin gut which forms the ends and shields them with wooden cracks through it. Before it is smoked, the Carniolan sausage is dried and later on it’s ready to eat. It’s best served hot since this is when it reaches its true gastronomic quality, with homemade bread and a glass of wine. 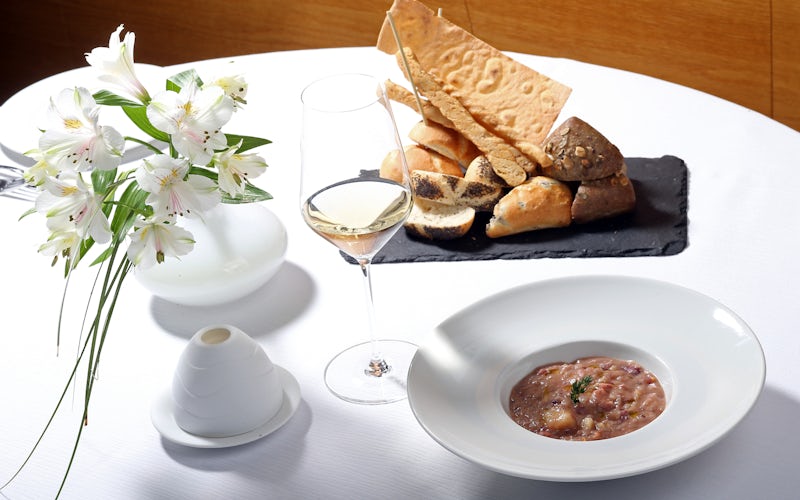 When traveling around Slovenia you should try different kind of warm stews like ričet, cooked barley porridge, which is considered to be the most widespread casserole and the oldest dish. In some parts of the country they add beans, a sausage, smoked ribs or smoked pork while cooking.

If you like cabbage ask for jota, the typical Istrian dish made of sour cabbage and beans, in some parts of Slovenia they add potatoes as well. Both dishes are served like a thick soup and you eat them with a spoon. Usually we use the largest pot for cooking these stews and then eat ričet or jota for the next few days or we simply freeze the leftovers.

It’s hard to imagine Slovenian cuisine without pumpkin-seed oil. Since 18th century Slovenians have been growing pumpkins and producing a high quality, greenish of colour, unrefined plant oil. It is all natural and according to the traditional process, seeds must be of the finest quality and pressed without the use of heat or additives.

Usually we use the pumpkin seed oil for all kinds of salads but in recent times it’s also possible to get some pumpkin seed oil ice cream and even buy an chunk of exquisite dark chocolate with these  tasty seeds. 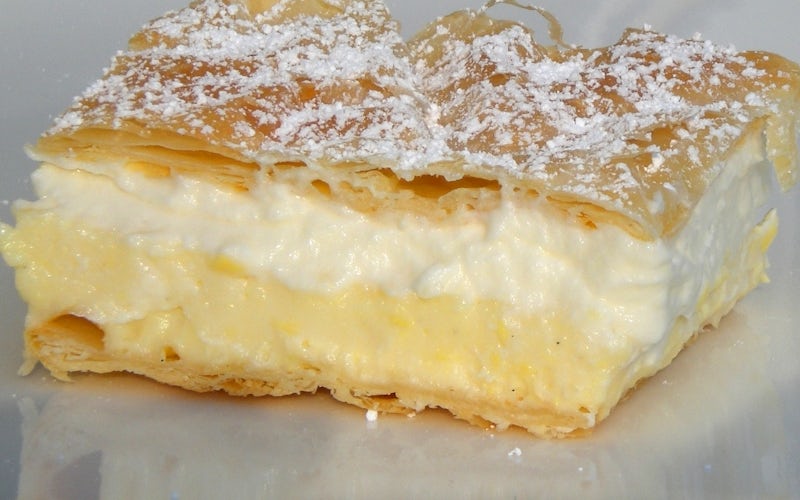 In Slovenia, each region has its own specialities but traditional restaurants frequently feature a selection of dishes from all over the country.

The cream cake, kremšnita, made its first appearance in Bled in 1953, when a master confectioner brought his recipe to the town. When he created his celebrated version of the cake he used specific temperatures, proportions and lucky number seven; the puff pastry is folded seven times and the egg custard is cooked for seven minutes. Cooled, coated in a delicately sweetened layer of whipped cream and dusted with powdered sugar, each cake is cut into a perfect seven by seven centimeter square.

At first there was only one restaurant making kremšnita but after a while the demand for it got so great that they decided to give the recipe away to other restaurants. Today you can taste cream cake on the Bled island, at the castle and almost all around Slovenia.

Slovenians usually eat soups as the first course and salads are brought to the table just before the main dish. Menus in Slovenia tend to be meat-oriented but fish is also very popular. And of course not just on the coast. Emerald river Soča is the home of the native Soča trout which is a protected endangered species and is therefore an exclusive gastronomic delicacy.

On the other hand there are more and more vegetarian and vegan dishes available in the Slovenian restaurants. As we know no meal is complete without a dessert so don’t forget to order a glass of Sladki Muškat, a very sweet wine, which goes along pastries just perfectly. Bon appetit, dober tek!