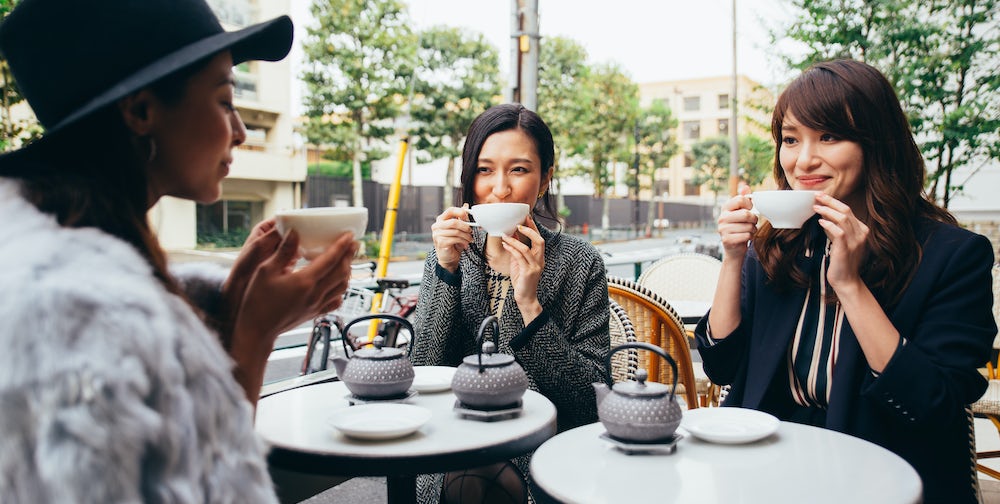 What Is Socially Acceptable in Japan? A Guide to Japan’s Culture and Etiquette

Japan is a warm and welcoming country with hospitable and friendly people. It is also a place with a complex culture that can be a little daunting to outsiders. Society is highly structured with lots of unwritten rules about how to behave and what is and isn’t socially acceptable. Here's a useful guide on Japan's culture and etiquette.

Travellers are not expected to know all the rules of the game but here are a few key etiquette rules to help you enjoy a faux pas-free time whether you are in a restaurant, at someone's home, on public transport or out and about in the streets. 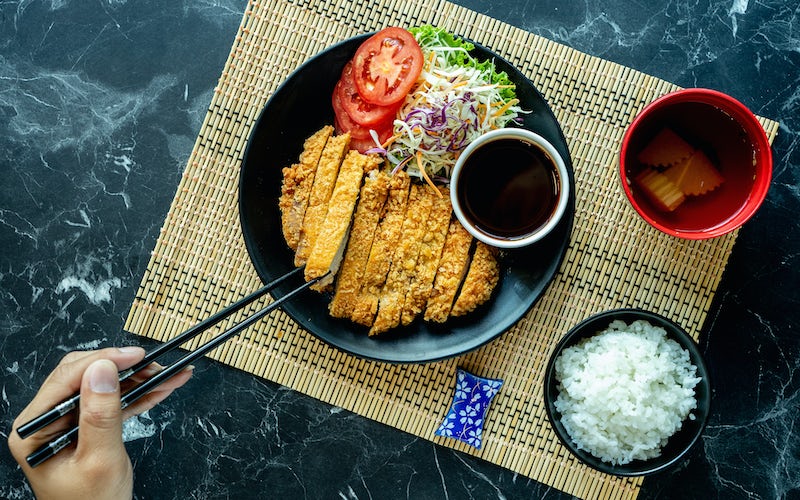 No matter whether you are eating dim sum, noodles or fried shrimp, there are lots of etiquette rules surrounding the use of chopsticks. Here are a few simple guidelines to follow to ensure you will be a well-mannered chopstick user when in Japan: 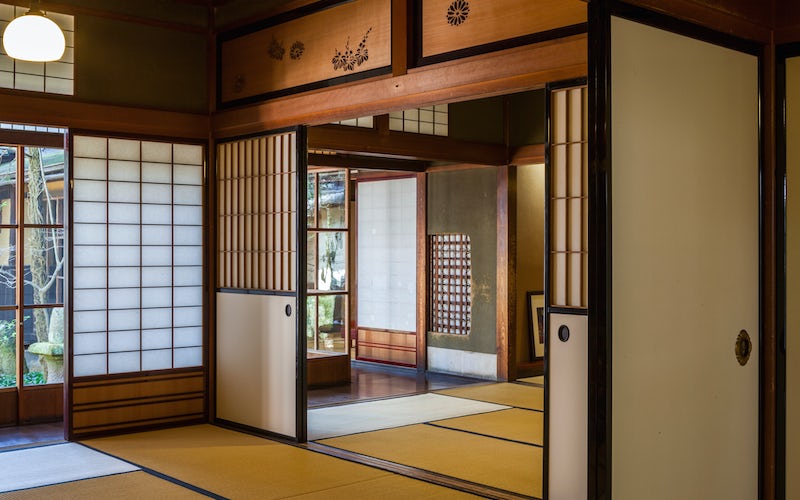 One day you may receive an invitation to a Japanese person’s home, a great opportunity to get to know them better. When you arrive there are a few simple etiquette rules to keep in mind.

Japanese people are very particular about punctuality, and so arrive on time. That means not too early and not too late. If you are running late, call your host ahead of time to warn them.

Don’t bring another person with you and unless your host agrees. Letting someone else tag along unannounced is bad manners and disrespectful. 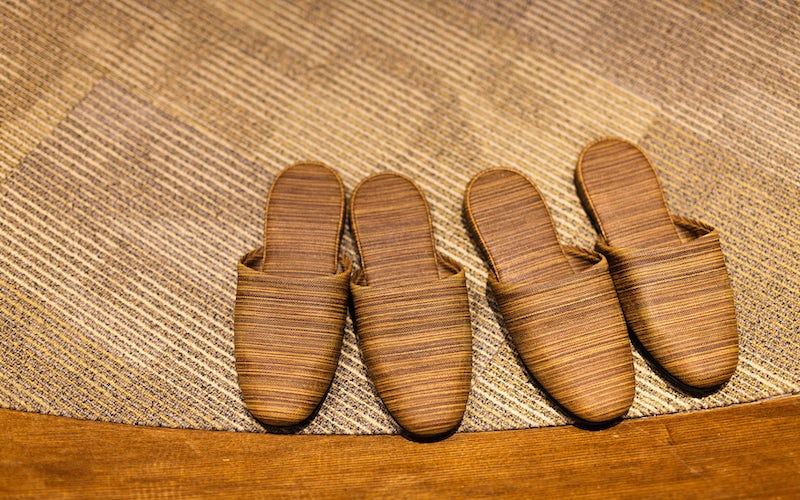 Slippers are often provided by the host. Canva/blueorange.

When you are invited into somebody's home, you will be expected to remove your footwear and leave it at the entrance area, called genkan. This really is a non-negotiable etiquette rule. Therefore, if your socks have holes in them and have seen better days, consider buying some new ones before your trip.

See also: Where to Enjoy Japanese Culture in Kyoto

After removing your shoes, it is considered good manners to arrange them so that they are facing outwards. Typically, hosts will provide a pair of slippers for you to wear while in their home. Furthermore, there may even be separate toilet slippers to use while in the bathroom.

General Rules When Out and About 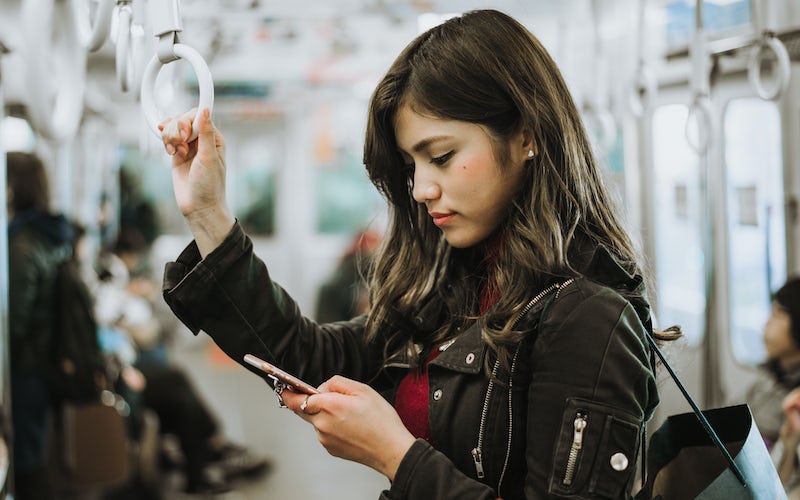 Don't speak on your phone when travelling on public transport. Canva/kato.84.

Meeting and Greeting Someone 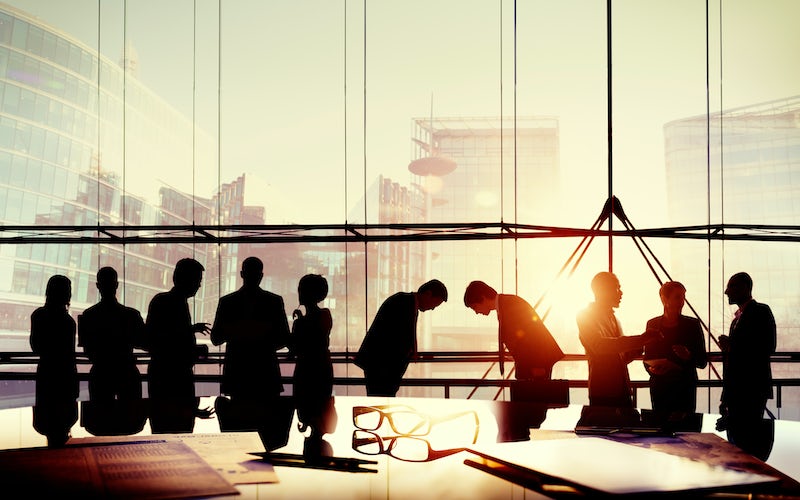 Whenever you meet someone, say goodbye or thank them you should bow politely. There are several rules that cover the depth, duration and number of bows, however, visitors from other countries are not expected to be familiar with them.

When a Japanese person bows to you, it is enough to offer a small incline of your head. Occasionally, Japanese people shake hands, but it's best to wait for the other person to offer you their hand first. 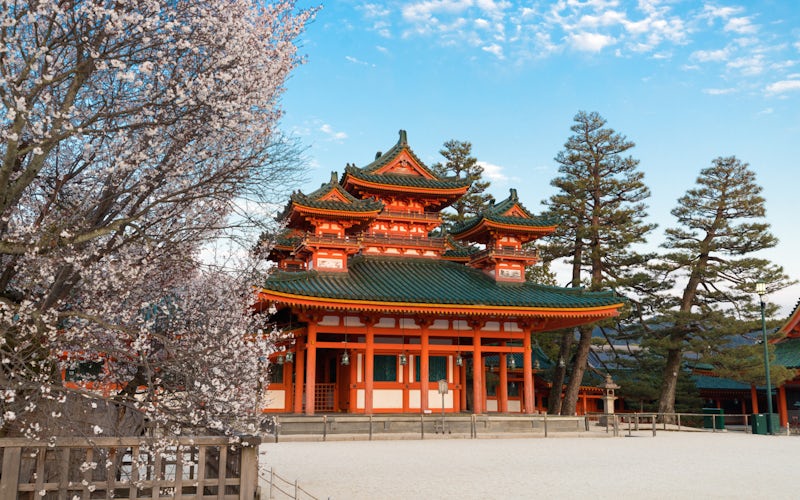 It's good to know the etiquette before visiting Japan's beautiful shrines and temples. Canva/Stephane Bidouze.

Shrines and temples are among the most popular tourist destinations in Japan and most likely you will visit a handful during your travels. Unsurprisingly, there are lots of etiquette dos and don’ts to ensure you keep on the right side of the gods and fellow visitors. Following is not an exhaustive list, but it does cover most of the important rules, the first of which is always behave in a calm and respectful manner.

There isn't a strictly enforced dress code but shorts and low-cut tops that expose a lot of skin are generally frowned upon. Modest, casual clothing like jeans, trousers and long skirts are advised.

When you visit a Shinto shrine, the first structure you will come across is a torii. This is a tall gate that separates the holy ground of the shrine and the outside world. Bow first then pass under the torii by walking on the left or right side near  to either of the posts. Do not walk in the middle as this is where the gods walk.

Once inside the grounds of the shrine, you should see the ablution pavilion where visitors are meant to purify themselves before praying to the gods. Fill the ladle with water and pour some on your left hand and then your right hand. Then pour some water into a cupped hand and swill it in your mouth before spitting it onto the ground. Do not put the ladle directly to your mouth.

Now you are ready to approach the main shrine. As you do, remove caps, hats or other headwear and bow slightly. Put a coin in the offertory box. It doesn’t matter the value; the deity will still listen to you!

If there is a bell ring it two or three times to alert the god to your presence. Deeply bow twice and clap your hands twice with the left one slightly in front of the right.

After a few moments of prayer and paying respect to the god, it's time to leave. Thank the god for their time, bow once more and then walk away.

The rules and rituals for Buddhist temples are more or less the same as those for shrines. Although there is no torii there is an entrance called a sanmon, a stately and ornate structure that looks like a small house. As with a torii, pass through the entrance at the sides and not in the middle.

Before praying burn some incense which is usually provided by the temple. When it comes to bowing there is a similar amount of bowing but no clapping. Instead, when praying to the Buddha clasp your hands together. After praying, thank the Buddha, bow slightly and leave. Among the other rules to bear in mind are:

You may be required to remove your shoes before entering.

Photography is usually permitted inside temple grounds but not inside the buildings. 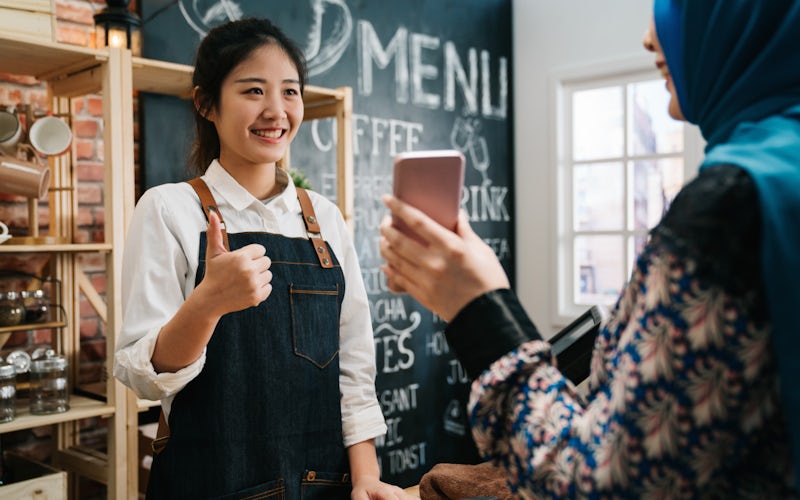 More than likely you may come across Japanese people who are keen to practise their English. However, note that English is not widely spoken or understood. Therefore, it is a good idea to equip yourself with a few handy common phrases. While speaking Japanese is not essential it’s good form to have some words up your sleeve.

Gochisousama deshita - thank you for the meal.

What to do and Eat in Shiga Prefecture
Wonderguide

A Guide to the Major Cities of Japan
Story