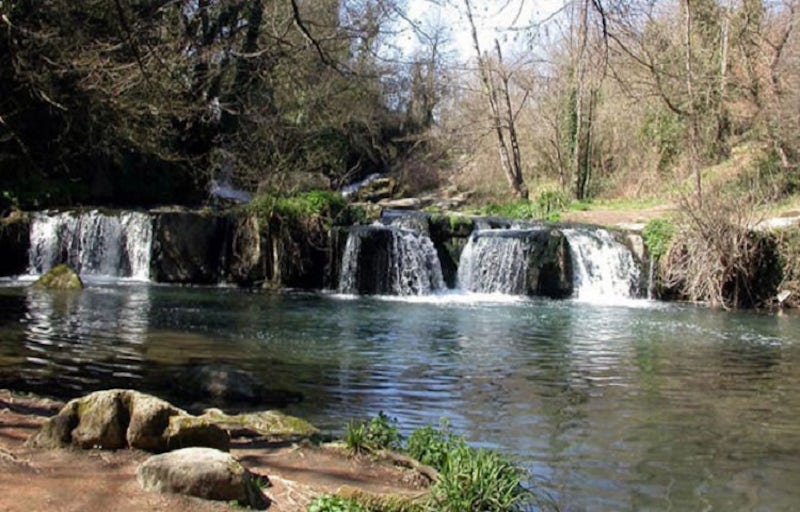 Discover Monte Gelato waterfalls: one of the fascinating places near Rome, and enjoy your lunch in a beautiful surrounding

The Monte Gelato waterfalls are one of the fascinating places in the Treja Valley, a river that crosses Lazio and is born in the Cimini Mountains. Today a destination for outings and places particularly loved by cinema and advertising screenwriters, Monte Gelato is one of the most significant and evocative historical sites of the Treja Valley. The Monte Gelato waterfalls are located within the Valle del Treja Regional Park, which looks like a timeless place, untouched by man. In fact, far from the chaos of the capital, there is a magical place between medieval castles, woods, and canyons. The site preserves traces of the many settlements that occurred over time: from the remains of a Roman villa of the first century BC to the agricultural settlement of the VIII century AD, to the watermill built in the 19th century and remained active until the 1960s. La Mola, or mill, was built by the Del Drago family, who in those years owned the homonymous estate. It is a complex of buildings that exploits some medieval pre-existences: a structure located between the two branches of the Treja river, in correspondence with the famous waterfalls, perhaps already in ancient times used as a grindstone and a turret not far away, along the current road. Remained active until after the war and then abandoned, it was only recovered in very recent times and houses an information point of the Park which, through plastics and panels, illustrates some aspects of the structure of the surrounding area. The suggestion of the places, the numerous waterfalls, the shady gorges, make it a classic destination for trips and outings. The walk begins with a visit to the "Mola di Monte Gelato", and then descends towards the waterfalls, on the right bank of the Treja. You can decide to cross a small tributary on the rocks and take a path that runs along the river or simply relax in the shade of poplars and elms. To make this walk even more suggestive you will be accompanied along the banks of the river, in the middle of the waterfalls and finally, you will rest in the equipped area where you will enjoy your picnic under the shade of the trees.