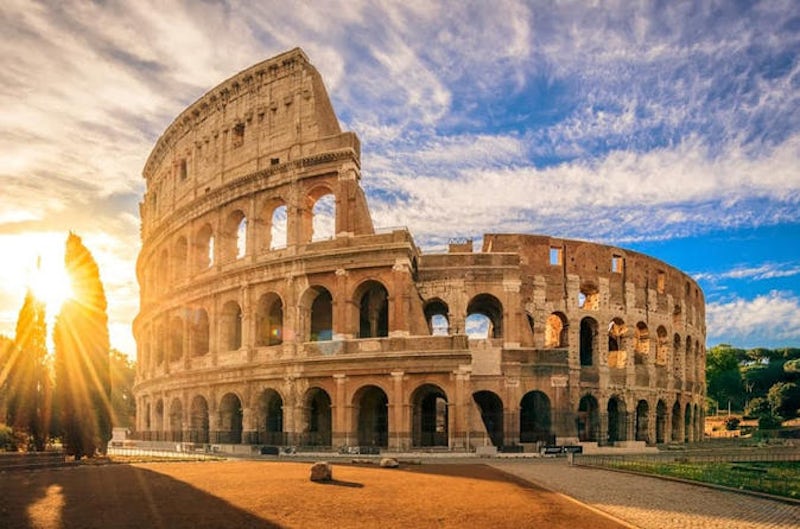 Skip the long line access of the world’s most visited and ancient monuments. With this guided tour get into the Colosseum, Palatine Hill, and Roman Forum of Central Rome. You’ll discover marvels of the ancient Roman Empire and hear the stories of the bloo

Join the guided group tour which starts at Arch of Constantine, the biggest and one of the best-preserved triumphal arches in Rome. From here on you’ll skip the line to the Colosseum, the first stop in the adventure of exploring Ancient Rome. Colosseum is one of the world’s most iconic landmark, here listen to the cruel and grueling events that took places such as the battles of the Gladiators and their hard life’s. Learn and join as all of this will be brought back to life by the guide.

No visit to Ancient Rome is complete if you don’t visit the Palatine Hill, where all it began. You’ll learn about the legend of the twin brothers Remus and Roman and see where the battle between the brothers took place how Romulus founded the city of Rome. This historical site also consists of incredible frescoes in the House of Augustus and Hippodrome, an elliptical sunken garden from the Palace of Domitian which will be explained by the guide. Here, enjoy an impressive view of the Circus Maximus and the valley of the Roman Forum before continuing the tour to visit the Roman Forum.

We have also given you the chance to explore the Roman Forum with our incredibly expert guides. Roman Forum is known for the heart of Ancient Rome. The guide will lead you through the bustling marketplace, once ruled by the moneylenders and shopkeepers and show you the most evocative ruins, including the Temple of Julius Caesar, Arch of Titus, House of the Vestal Virgins, Senate House and Basilica of Maxentius. Here, you can also admire and listen to the story of the triumphal road, also known as sacred Way of the Roman Forum.

In just three hours you’ll be introduced to Ancient Rome, and be taught about what it had to offer. So, you can now tick off one of your Eternal City bucket list monuments.