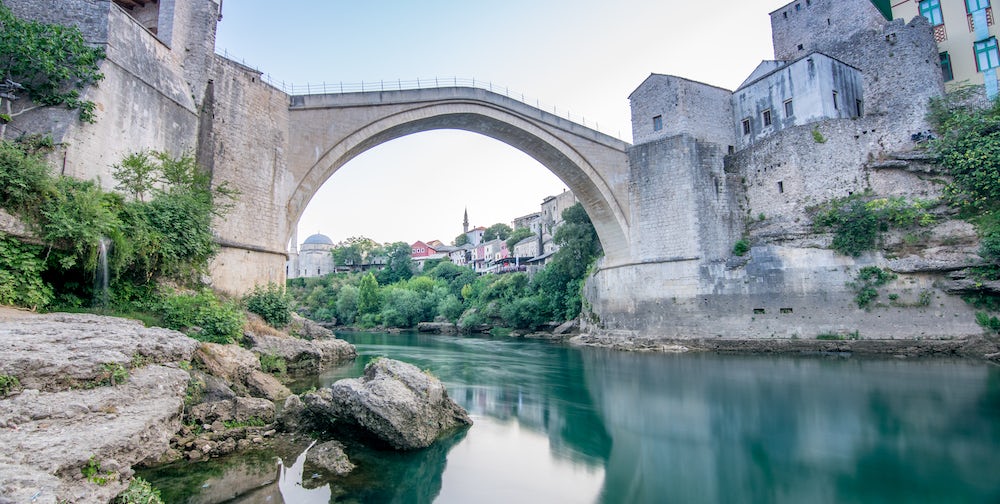 Visit Stari Most, the Old Bridge in Mostar that dates back to the 16th century and learn about it's rich history. The Old Bridge Area is a unique cultural experience filled with history, local food and Bosnian souvenirs.

The story of the Old Bridge

Over the Neretva river in the city of Mostar, Bosnia and Herzegovina, you will find the beautiful stone bridge Stari Most. Two fortified towers protect the bridge, located on the northeast side is the Halebija tower and the Tara tower on the southwest, called “the bridge keepers" (natively mostari). Mostar was named after the bridge keepers who guarded the Stari Most in the medieval times. The bridge was originally a wooden bridge but around 1557 Suleiman the Magnificent ordered constructions so the old bridge would be replaced with a stone bridge by the architectural work of Mimar Hayruddin. Stari Most is 13 ft (4 meters) wide, 100 ft (30 meters) long and the height around 82 (25 metres). 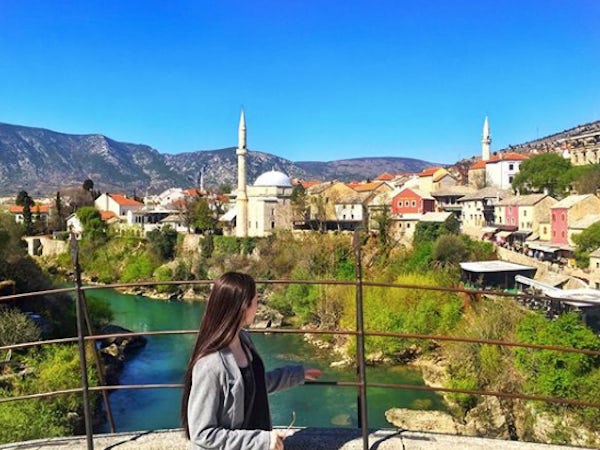 The current bridge is a rebuilt 16th century Ottoman bridge, the previous one stood for over 400 years until it was destroyed during the Bosnian war. The reconstructed bridge reopened in 2004 and was funded by The World Bank, the United Nations Educational Scientific and Cultural Organization (UNESCO), the Aga Khan Trust for Culture and the World Monuments Fund, as well as additional funding from Italy, the Netherlands, Turkey, Croatia and the Council of Europe Development Bank and the Bosnian government. The bridge was re-built with local materials by Er-Bu Construction Corp which is a Turkish company, using Ottoman construction techniques. The decision was made to try and build the bridge as similar as possible to the original by using the same materials and technology. Professional divers helped and recovered original stones from the river that were used as material too. The stones had been left in the river after the explosion.

Jumping from the Old Bridge is one of the main attractions in Mostar. Self-proclaimed ‘professional’ jumpers hang around the bridge and wait for donations to jump but just so you know, they won’t jump until they have received at least 25 euros!  On september 8th  this year the Red Bull cliff diving competition will be held in Mostar for the fourth time. The event is extremely popular and attracts people from all over the world, everyone is full of excitement as they wait to watch professional divers leap from the famous bridge. 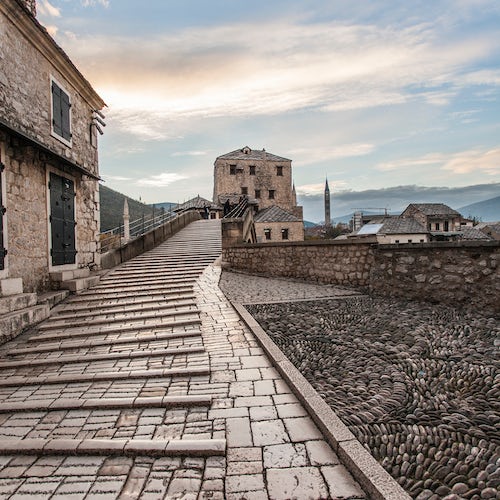 Near the bridge there are cobbled streets filled with unique souvenir shops. If you are by any chance looking for handicrafts from bullets, copperware, hand-knitted pointy house slippers from wool, a certificate for diving off the Stari Most Bridge, local art or Bosnian rugs, then you will not be disappointed. If you are wondering how to get there we recommend checking out the full day tour to Mostar. 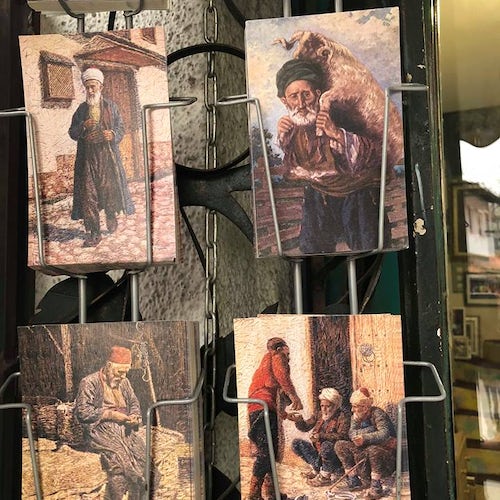 Where to wine and dine nearby

If you get tired from all the walking and exploring and wish to sit down for some traditional Bosnian meals, coffee or a refreshing drink, then it’s good to know that you are surrounded by cafés and restaurants. A few popular restaurants located near the center of the old town are for example Konoba Taurus, National Restaurant Cevabdzinica Tima – Irma, Sadrvan, Restoran Hindin Han and Restoran Lagero. 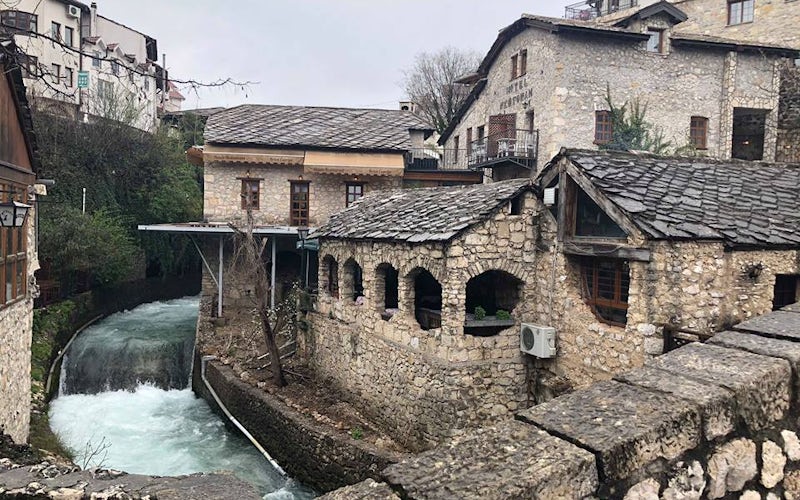 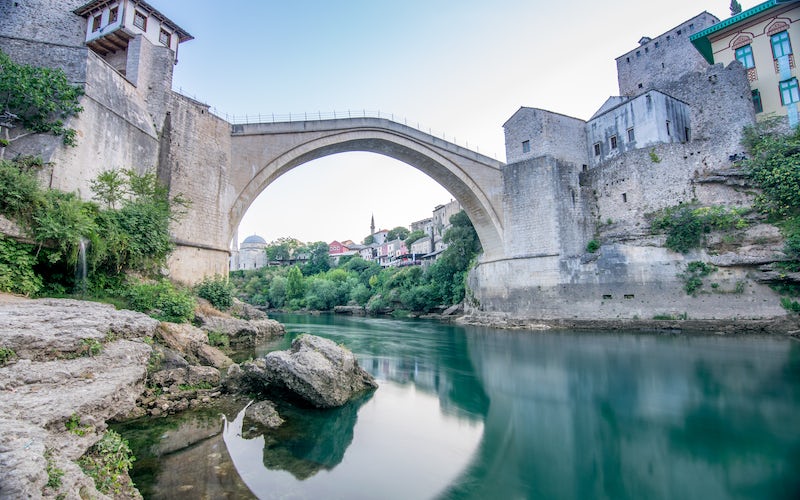 Mostar: a Glimpse beneath the Surface
Story

Local Dishes You Have to Try in Bosnia and Herzegovina
Story

Traveling to Bosnia and Herzegovina – Tips and Guidelines
Story