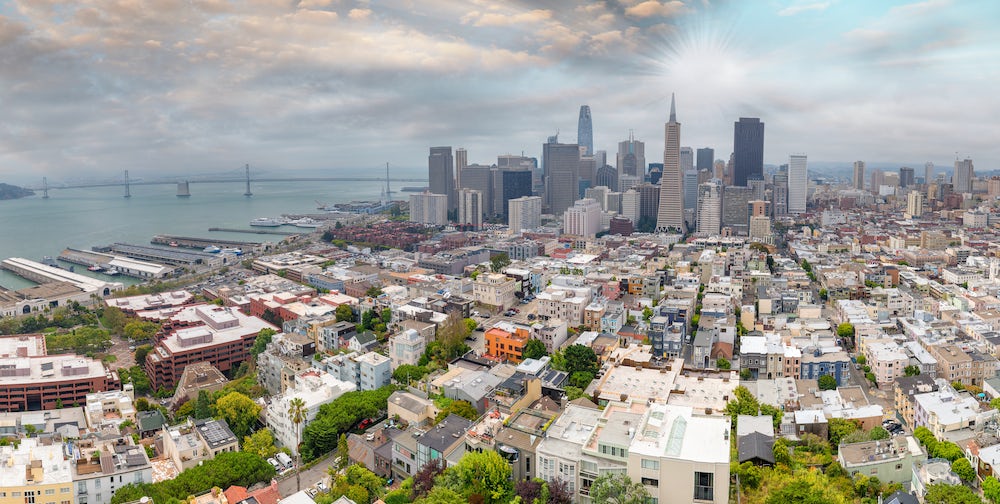 10 Top Things to Do in San Francisco

Unlike New York, San Francisco has all the perks of a diverse place to live without making you feel like you're trapped in a concrete skyscraper jungle. If you want to have the best trip to San Francisco, listen to a local. Here are the things to do that I've found to be the best way to spend your time here. 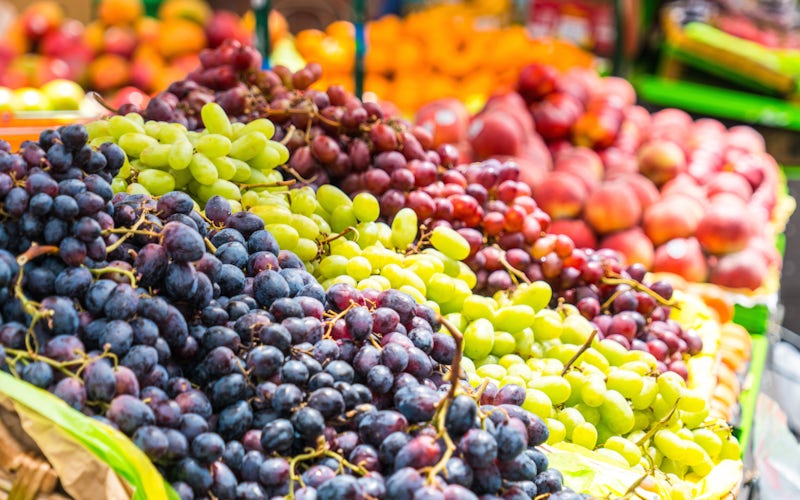 I've lived in a few different places in the past, and it seems like no matter where you are, the locals always think their farmers market is the best of them all.

That's true in San Francisco. You can get everything from pretzel croissants to salted pig parts. You might be able to find some produce there, too.

A guilty pleasure of mine that I love to indulge on vacations is the ability to eat fresh fruit. In between going out for every meal, it's refreshing to bite into a sun-warmed peach or crisp apple. You'll definitely be able to find those at our farmer's markets, along with all the other savory dishes.

Farmers markets are a party here, so check to see if one is happening when you visit and don't miss it for the world. 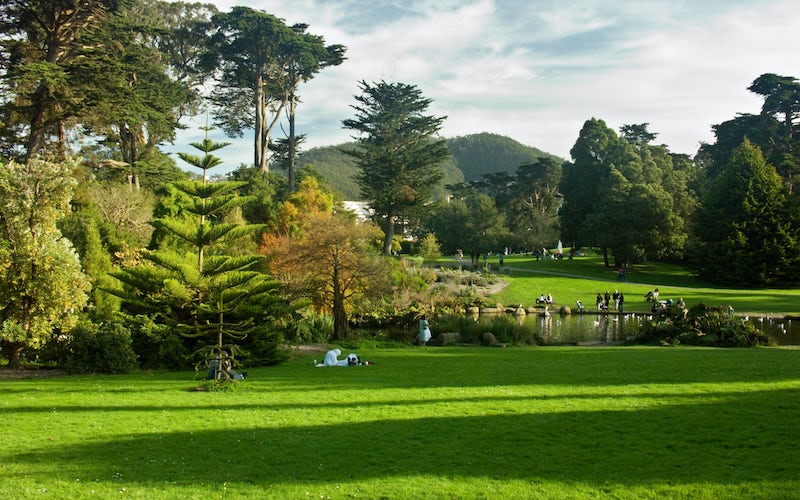 If you're traveling with kids, then Golden Gate Park will be just right for your family. I didn't think much of it before I went, but now I know it's probably the most fun place for children in the whole city.

There's an earthquake simulator exhibit that will rock your world and teach your kids about safety during such an event. They'll love how interactive it is, and it'll make the history of San Francisco that much more real for them.

After you experience the simulator, run straight to the carousel, bike paths or any of the museums around the park. If you think parks are just a plot of land with a slide and some swings, Golden Gate Park will make you picture them in a whole new way.

It always hosts new events every month, so you can drop in last-minute or research the park in advance and have fun either way.

3. Stop by the Golden Gate Bridge 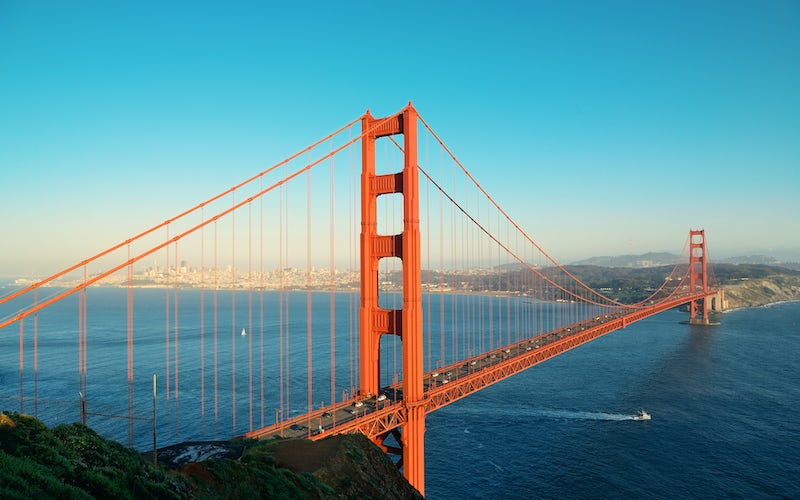 It would be a crime to go to San Francisco and not see the Golden Gate bridge in person. Even if you only go for a minute, you'll get one of the most classic American selfies to date with the bridge in the background.

Pro tip — if you hike your way underneath the bridge, you'll find a path that's about a mile long. It creates the perfect place for a walk, and it'll lead you straight to Chrissy Field.

Chrissy Field has the best views of the bay and the bridge, so if you're feeling up for a walk, you have to check it out. Whenever your friends get to see your pictures afterward, you'll get to show off views they've probably never seen before.

The walk to the field is at least a nice way to spend a sunny day, even if you don't feel inclined to snap a few photos. It's one of the few places you can visit where you don't feel like you're in a big city. When I'm looking for something to watch, a good true crime documentary is usually what I pick. That's why I toured Alcatraz Island after I moved here, and I'd recommend it to anyone coming to visit.

Infamous criminals like Robert Franklin Stroud and Al Capone were incarcerated there, and it's the site of many ghost tales. Some people say the prison is haunted, and while I haven't seen any spirits there myself, I wouldn't ever dare to visit at night.

Not many people know this, but families used to live on the island too, in their own apartments. They were relatives of the Alcatraz guards. They had access to the mainland by boat, but on the island, they had their own soda shop, bowling alley and even a convenience store.

Touring Alcatraz is a bit of a journey, so if it wasn't initially in your itinerary, don't even sweat it. You can find a place to stay using a booking app to find last minute hotel deals. You won't have to worry about getting through the city during rush hour just to get back to your hotel room. 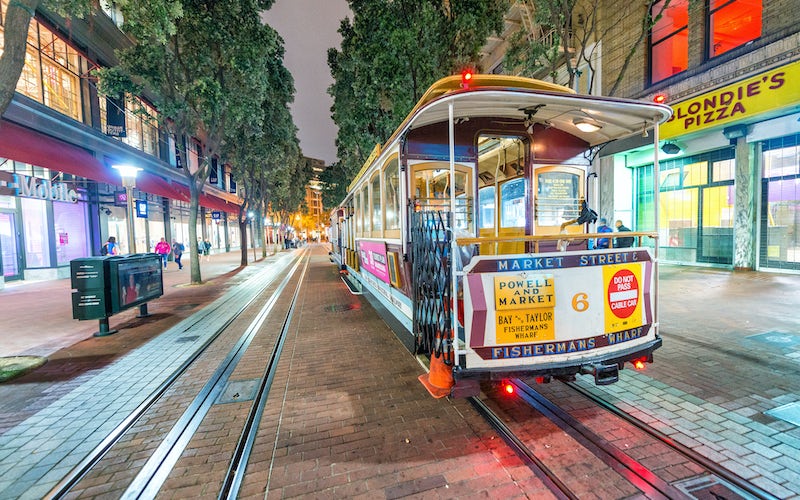 I didn't realize how proud San Francisco is of its cable car system until well after I settled into life in the city. It's actually the last manually operated system in the entire world, with only three cars active.

When cable cars were the main method of transportation, the city had 23 you could ride. Now locals just use their regular cars to get around, so cable cars are more of a tourist thing.

It's still something unique to San Francisco that you just must experience, even if you're trying to avoid the more touristy activities. 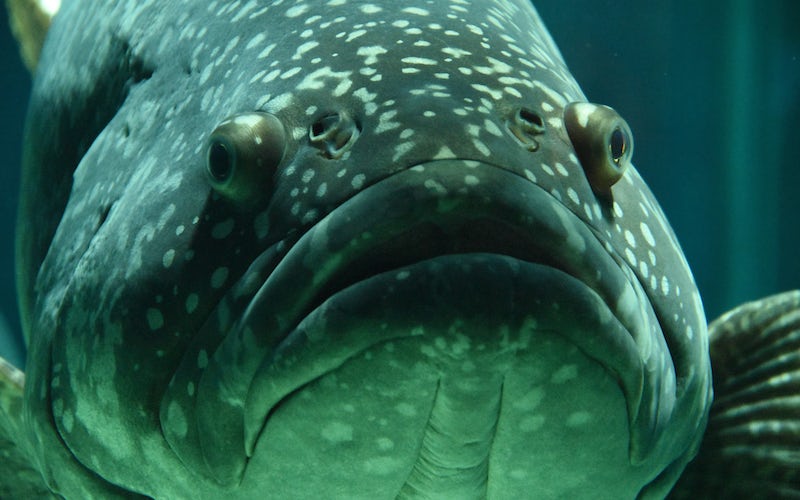 The San Francisco Aquarium of the Bay is one of the best places to visit in town. It has an insane number of marine life in the facility, just topping 20,000 animals.

There's so much to take in when you go that I've been four times now. The first thing I fell in love with was the walls of jellyfish, all floating around in their perfectly blue world. There are hundreds of them, and it always blows my mind to be up close to so many wild creatures.

The next time I went, I spent an hour just walking back and forth through the endless tunnels, watching sharks and stingrays swim over me. Some of them may be more crowded than others, depending on if there are field trips happening.

When you visit the aquarium, you help fund its protection of the bay, so marine life on the outside is just as safe as what's inside. Go at the beginning or the end of the day to avoid the larger crowds and have more space to connect with all the sea creatures.

7. Eat at the Ferry Building 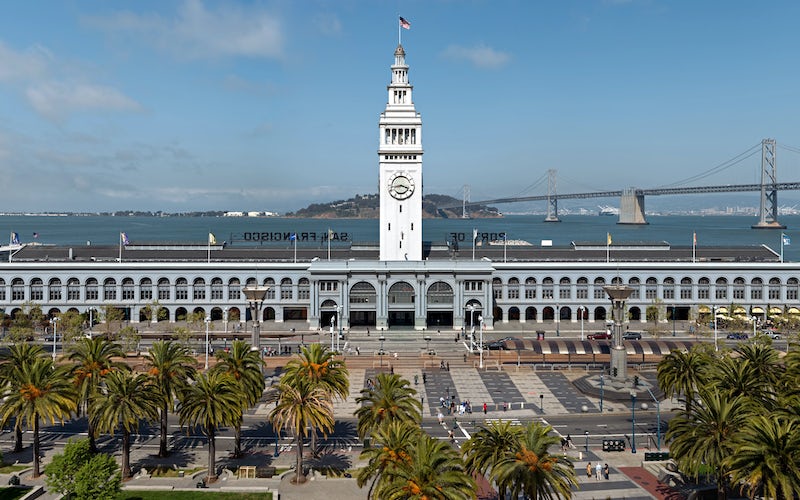 The Ferry Building Marketplace is basically like a year-round farmers market, but indoors. It's really just about seafood and cheese, which are two of my favorite things.

Before it became the Marketplace, the building was used to ferry visitors who had just stepped off trains coming in from the East Coast. After the Golden Gate Bridge opened, ferries became a thing of the past.

Now you can eat some of the best food in the city there, as well as check out the Marketplace shopping. I've gone out there with friends plenty of times to have a great meal and then wander around the stores. 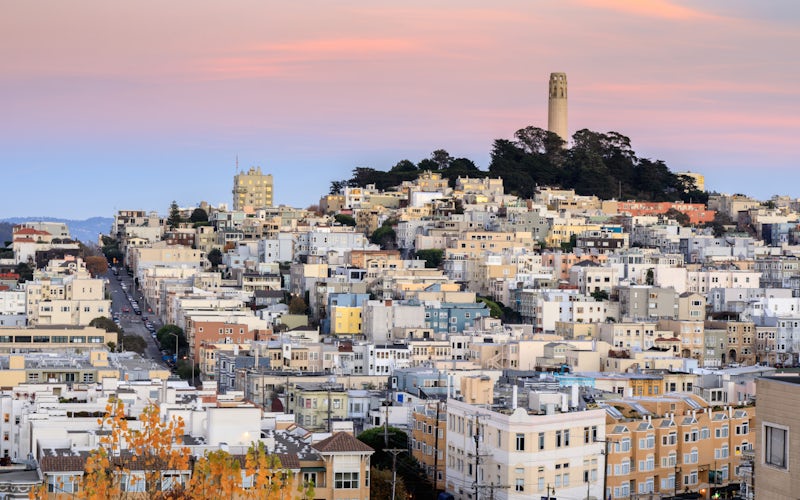 Tourists sometimes miss the chance to climb Coit Tower, but don't let that happen to you. It's not something that appears in movies, because it's that special to those who treasure San Francisco's local history.

The tower is named for Lillie Hitchcock Coit, who was a wealthy young woman who arrived in San Francisco in 1851. She later joined the fire department, where she was named an honorary member.

She left one-third of her estate to the city after her death in 1929, and a monument was built so she'd be remembered forever.

After you get to the top of the tower, you'll get to see a gorgeous 360-degree view of the city Coit loved most.

9. Check Out the Redwoods 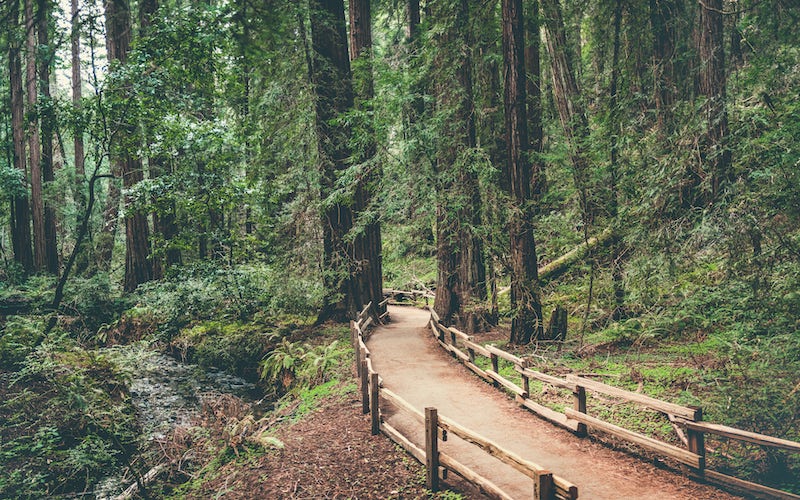 I've always secretly wanted to get a picture of myself next to one of those massive California redwoods, and you're in luck if you feel the same way.

The Muir Woods National Monument has 554 acres of redwood trees to check out. There are trails of varying difficulty to hike, and you can even bring your furry best friend.

My dog loves hiking in this forest on the weekends. The trees must smell entirely different to her. It always makes me wonder what other animals and humans those old trees have seen. The woods have a spooky majesty that always leaves me in awe. 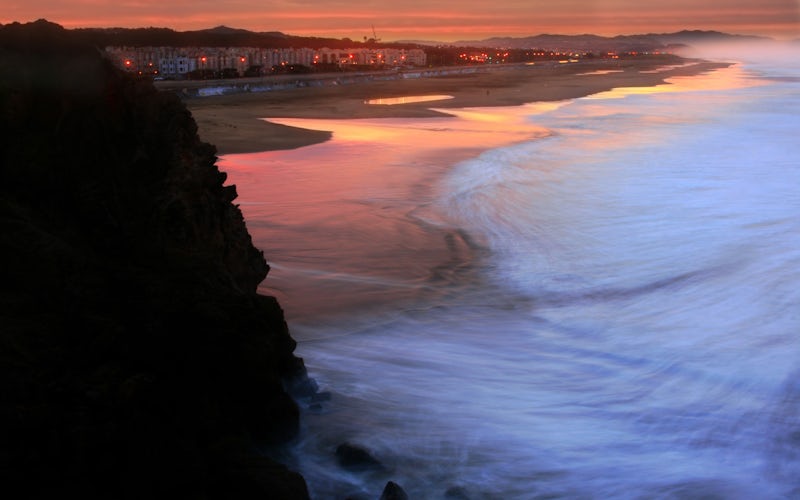 Wherever there are lots of tourists, you'll be in a cramped and busy environment. In those moments, I always treat myself to a day at Ocean Beach.

It doesn't have the most creative name in the world, but if it helps keep it out of the attention of tourists, I'm fine with it. Ocean Beach is three and a half miles of uninterrupted sand, where you can feel like you're on your own planet.

Bring your surfboard with you as the waves are frequent and powerful, and I'd also recommend toting a cooler full of snacks. Once you're out there, you won't want to leave until you get to watch the sunset.

Do What You Love

There are many locations in San Francisco that you've probably seen a million times in movies, but that doesn't mean you have to go. Research the area and only do what most interests you. The city will always be waiting for you if you need to come back for another trip.

Kacey Bradley is the blogger behind The Drifter Collective, an eclectic lifestyle blog that expresses various forms of style through the influence of culture and the world around us. Along with writing for her blog, she has written for sites like U.S. News, SUCCESS, Guides for Brides, Hotel Online and more!

4 Essential Apps to Download for an Iceland Road Trip
Story