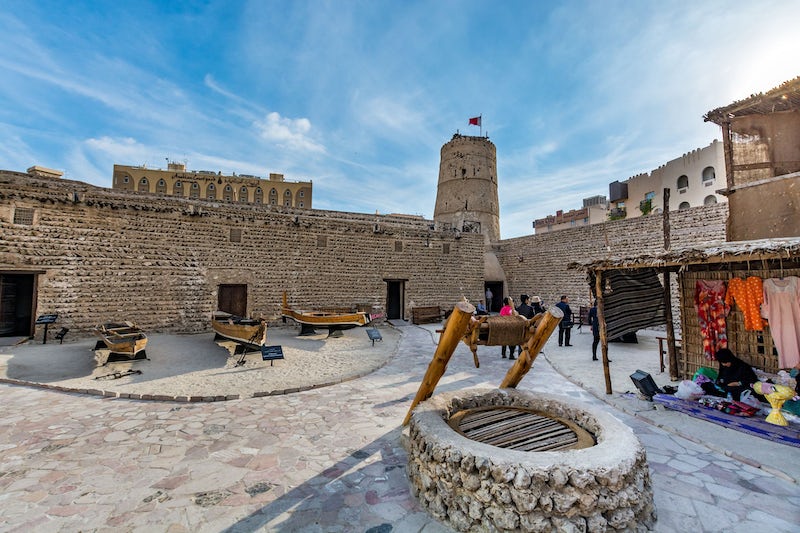 Our Walking tour of Bastakiya will take you back to the good old days of old Dubai.

The Dubai of today is known for its high-rise towers, man-made wonders, and luxury lifestyle. But how old is Dubai? The city has a rich history that actually began centuries before, It is believed that by 2500 BC Bronze Age nomadic had established a thriving date plantation in the region and In the 5th Century the area we know as Jumeriah has was caravan station along with the Persian trade routes (today's Oman and Iraq). Even in the year 1580, the region was famous for pearl trades and it was recorded in the journals of the Venetian pearl merchant Gaspero Balbi who visited the region during this period. During the period 1833 to 1893; Maktoum bin Butti of the Bani Yas tribe settled in Shindagah Region near Dubai Creek, it was this which paved the way for the rise of an independent town without the dependency on Abu Dhabi. The journey of Dubai started as a small fishing village and later become a pit stop along the famous trade routes because of the quality of the pearls traded in this region. Oil discovery in this region during the 1960s was the turning point in the development of the city.

It is very hard to imagine how the city was in those early days, unlike the other ancient cities Dubai’s face has changed dramatically and with its new sky-high buildings and development it is not easy for people who are visiting the city to get to know about the rich history and heritage of the city. Our Walking tour of Bastakiya will take you back to the good old days of old Dubai. This six-hour private city tour of Dubai is the way to discover the rich history and heritage of Dubai.