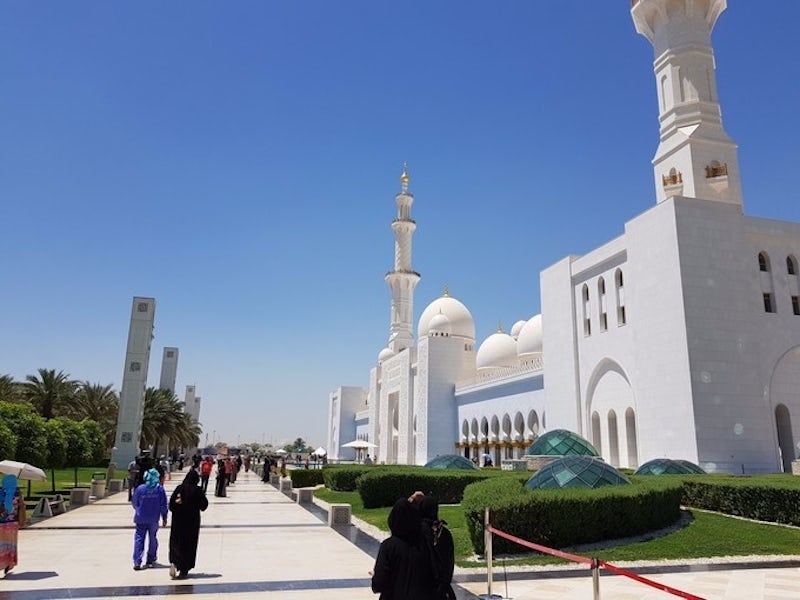 Enjoy a city tour of Abu Dhabi on a full-day trip from Dubai, and see some of its legendary architecture, including the Grand Mosque, one of the largest in the world. Travel along the Corniche, and visit the Heritage Village.

Following your pick-up from Dubai, Sharjah or Ajman, transfer along the Gulf coast to Abu Dhabi, and see the world’s largest manmade port at Jebel Ali. Continue for 2 hours to Abu Dhabi city center, and marvel at the grandeur of Abu Dhabi's futuristic skyline.

See the majestic Grand Mosque, and experience one of the largest mosques in the world. Drive through the heart of the city to Union Square, home to icons of Abu Dhabi's heritage such as an oversized statue of an Arabic coffee pot.

Drive along the Corniche to Heritage Village, specially designed by the late HH Sheikh Zayed Ben Sultan al Nahyan as a reminder of the past for a younger generation. Get some retail therapy at Abu Dhabi Marina Mall, home to a large array of luxury boutiques and souvenir stores.