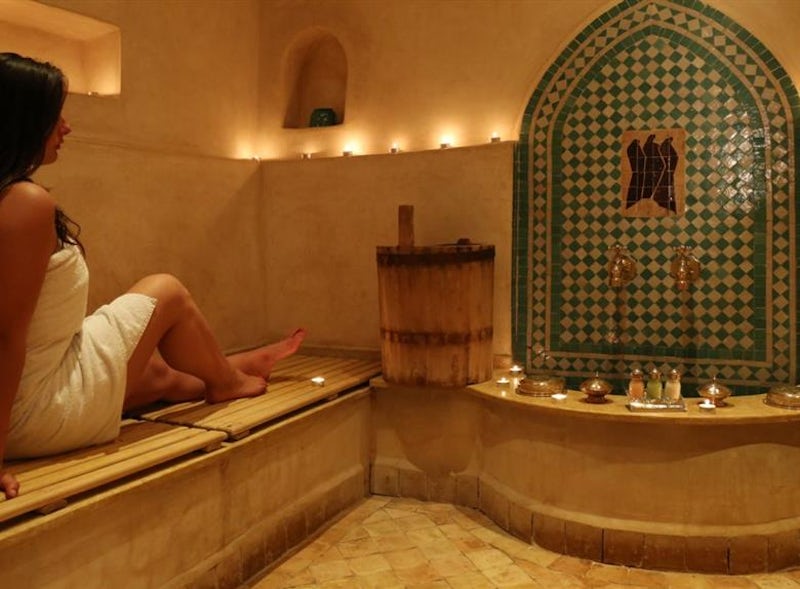 This exquisitely purifying ceremony has been around for centuries. The first hammams were found in Arabia and it was the Turks who made them popular by allowing access for all. When the Ottomans took Constantinople (now Istanbul) from the Romans in 1450, they brought with them their own bathing traditions. The Turk Ottomans

soon encountered the Roman bath habits and merged these with their own. Thus a whole new cleansing ritual was born, conforming to the requirements and rules of Islam.

Traditionally, a Turkish bath has three interconnecting rooms: a camekan, a sıcaklık, and a soğukluk. Double Turkish baths had separate sections for men and women, whereas single baths would accommodate women on certain days and hours.

The first room, the camekan, is an impressive entrance hall that served as a reception and locker area and is where you would undress and receive a Turkish towel, a peştemal, to cover your body and a pair of wooden slippers to prevent slipping on the wet floor. Next a masseur, a tellack, would escort you to the main room, the sıcaklık, where thick, wet steam would begin to relax the muscles and detoxify the body. The Turkish bath was heated by the hypocaust system used in Roman baths which used a wood or coal furnace to heat water used in the bath and air that circulated under the floor and in the walls. The sıcaklık has a large marble slab, usually octagonal or rectangular in shape, called a göbek taşı, or belly stone, in the centre and niches with fountains in the corners. The most distinct feature of the sıcaklık is the dome-shaped roof decorated with circle or star-shaped windows through which natural light passes and illuminates the space in an otherworldly glow.