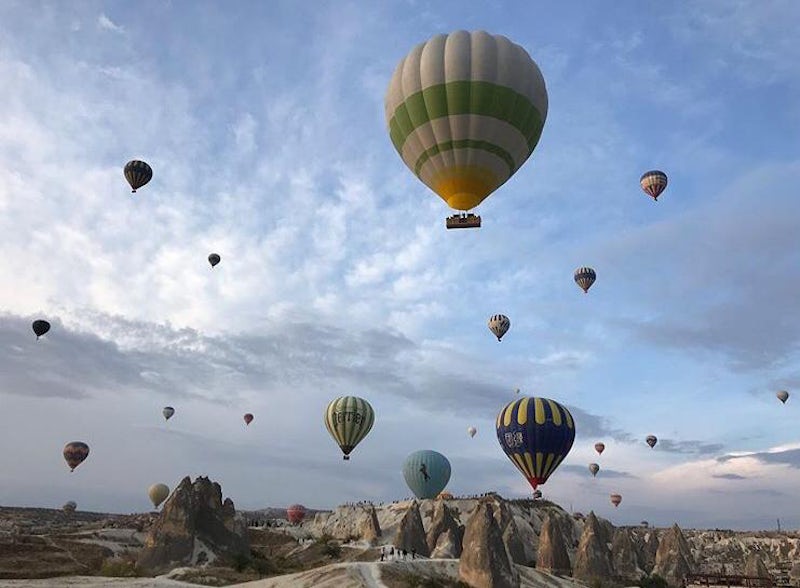 There are two holy places in the world where you can take a hot air balloon, one is Kenya in Africa and the other is Cappadocia in Turkey.

If you came to Turkey but didn’t take a hot air balloon, it’s a great pityCappadocia is due to the lava formed after the eruption of the volcano, the strange terrain formed after natural wind erosion, the derivation of valleys, the folds of mountains, curved rivers, scattered market towns, everything is in a bird's-eye view. It was selected as one of the ten most beautiful places on the earth by National Geographic magazine in the United States. Its landform resembles the surface of the moon. This is the location where Star Wars was filmed.

The flight conditions in Cappadocia are quite good, and most of the early mornings of 12 months of the year can fly. Waiting for the moment when the hot air balloon rises, when the rising sun slowly renders the loess, the magnificent and magical scenery under your feet becomes more and more beautiful. As the altitude climbs, one side is the dazzling sunrise, mountains and morning mist, and the other side is the canyon, caves and a large group of colorful hot air balloons. Standing high in the sky, overlooking Cappadocia with its magical lunar landforms under the soft sun of sunrise, marvel at the magical workmanship of nature.