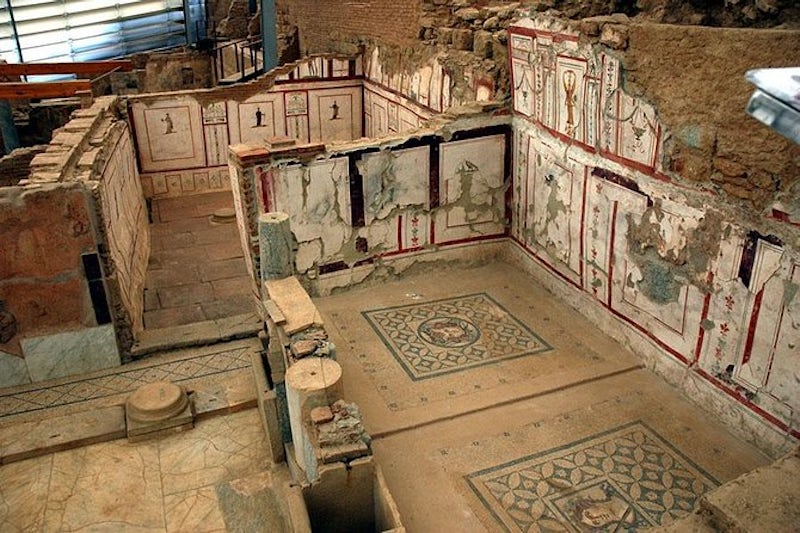 Private : Istanbul to Ephesus by Plane Private Day Tour
Pick up from hotel and transfer to Istanbul airport or Istanbul SAW airport for morning flight to Izmir.( Domestic flight tickets and Istanbul hotel pick up time will be e-mailed during confirmation ) Arrive in Izmir Airport .

Met by you tour guide and drive to Ephesus ( 45 minutes drive ) First visit the Artemis Temple where is one of the seven wonders of the Ancient World. Continue to Ephesus , walk through history along marble streets lined with wonderful public buildings, among them The State Agora, Odeon, Memnius Monument, the Temple of Domitian, , Polio Fountain, Curetes Street, The Trajan Fountain, The Baths of Scholastica, Hadrian Temple, Latrina, Celcus Library, the gate of Mihridates and Mazues, Commercial Agora and The Grand Theater are two of the most impressive buildings in Ephesus. Grand theatre was built in 3rd century B.C and it was later expanded to 24.000 spectators by the Romans in the 1st century A.D.
After Ephesus, lunch will be served in the garden of a local handicrafts center. Here you can see some of the traditional carpet weaving techniques used and enjoy viewing some splendid displays of beautiful carpets.

After Lunch visit House of Virgin Mary. This house is located on the Aladag Mountains 5 miles from Ephesus. At the third Ecumenical Council of 431 in Ephesus, it was claimed that Mary came to Ephesus with St. John in 37 A.D. and lived there until her death in 48 A.D. After the discovery of the house, the Archbishop of Izmir declared it a place of pilgrimage in 1892. On July 26, 1967, Pope Paul VI visited this place and prayed here.

After the tour, we drive to Izmir airport for our flight back to Istanbul at after 1 hour 20 minutes flight, arrival in Istanbul . met by our representative and transfer to your hotel in Istanbul

Private Tour for your family and friends
You will have flexibilty to spend how much time you want in each site and customize the itinerary,
You do not have to wait for other group members
You may stop to have pictures during your tour
Lunch in a local restaurant to taste famous Turkish Kebaps is included
Domestic flights included