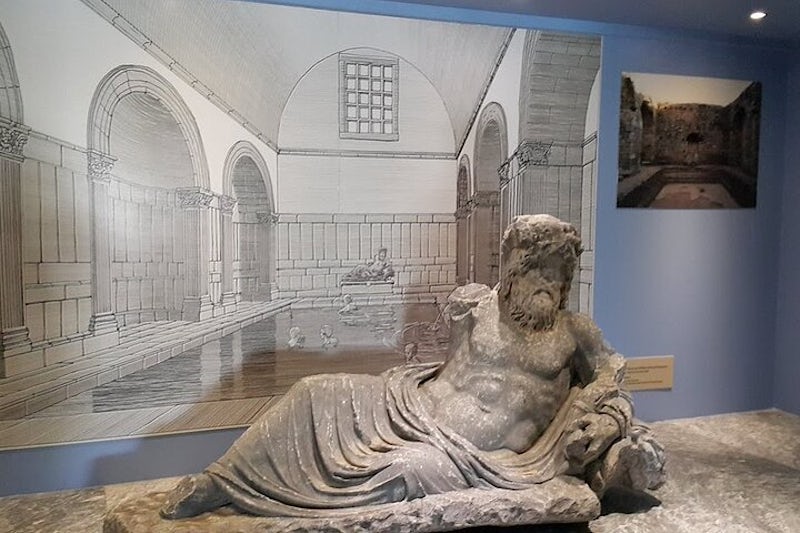 All inclusive Private tour to 3 ancient cities. Ephesus, Miletos and Didyma. This is a unique tour that allows you to see 3 Lycian Cities. Not to be missed if you are interested in History and Archeology. When you come in September and October, you will s

Private Full-Day Ephesus Tour with Miletus and Didyma
Your private guide will meet you at Kusadasi port or hotel with a sign written “ Your Name “ on it, anytime you want. After greeting, we will have 20 mins drive to Ephesus area. We will start visiting one of the main highlights in Turkey, Ephesus, one of the 12 cities of Ionian League (an ancient Greek district on the western coast of Asia Minor) is located near Izmir. As a port city it was a major departure point for trade routes into Asia Minor.

After Ephesus, we will head to our next stop Miletus , an ancient city located near the present Akköy at the mouth of the Buyuk Menderes (meander) River. Miletus owed its importance to its position on the trade routes. It was one of the largest cities in Anatolia with a population of between 80.000 and 100.000. Highly prosperous, it founded many colonies and was the home of the 6 BC philosophers Anaximander, Anaximenes and Thales, the town planner Hippodamus and architect of Hagia Sophia, Isidorus. Having a prominent position, Miletus became the most important port in this area and it was the most active member of the twelve cities of the Ionian Confederation. In the 7th century BC, Lydians besieged the city. The city was then controlled by Persians, Roman and Seljuk Turks.

The next visit after Miletus will be Didyma. The word Didyma means “twins” and it was associated by some as being the meeting place of Zeus and Leto to have their twins Apollo and Artemis. Didyma was famed as a prophecy center dedicated to Apollo, which served a similar purpose as the Delphi of Anatolia. It was not a city but a sanctuary linked to Miletus by Milesians with a 19 km/12 mi sacred road. At the end of the tour, we will drive back to Kusadasi port.

• Private Tour for your family and friends
• You will decide on departure time
• Our tour guide will meet you at the Port/Hotel with your name sign,
• Our professional tour guide will be with you from arrival till departure,
• You will have flexibilty to spend how much time you want in each site and customize the itinerary,
• You do not have to wait for other group members
• You may stop to have pictures during your tour.