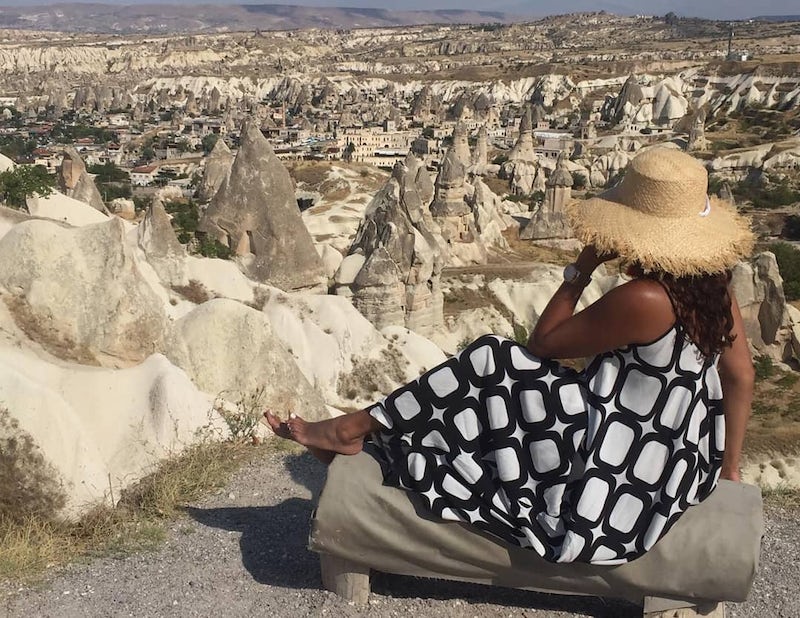 Upon early pick up from your hotel, drive to Istanbul Airport for your 1 hour 30 min domestic flight to Kayseri. Upon arrival at Izmir Airport, you wıll be greeted by your driver and drive to Cappadocia, here you wıll join the other group participants and start your full-day tour. Explore Goreme Museum; consists of many rock-cut churches from the second half of 9C with beautiful colorful frescoes decorating the walls. Next; Pasabagi which means: the Pacha 's vineyard. This site is also called Monks Valley. The hermitage of Simeon monks was here. A chapel dedicated to St. Simeon (Simon), a hermit's shelter is built into one of the fairy chimneys with three heads. Pasabag valley contains some of the most striking fairy chimneys in Cappadocia with twin and even triple rock caps. This style is unique even for Cappadocia and these fairy chimneys are named mushroom-shaped fairy chimneys. Proceed to Zelve ; was the name of a village with homes carved from natural tufa and was inhabited until the 1950s. Early churches and houses can be seen in three different canyons intersecting each other.

Next, continue to with Pigeon Valley earneıng its name from the countless man-made dovecotes (Pigeon Houses) that have been carved into the soft volcanic tuff. Pigeon Valley is one of the best spots for walking in the marvelous Cappadocia region. Next; Devrent Valley ; famous for its quirky animal-shaped rocks. It unıquely looks like a sculpture zoo made by nature's faır hand. Look out for the stunnıng rock pillar which looks like the Virgin Mary, holding Jesus Christ. Take in the unique lunar landscape of the valley and feel like you're in another World. Once the tourıs fınıshed we drive you to Kayseri Airport for your 1 hour 30 min domestic flight to Istanbul. Upon arrival at Istanbul Airport, you wıll greeted by your driver who wıll drive you safely back to your hotel. End of our service.

Lunch in the local restaurant

All sightseeing mentioned in the itinerary