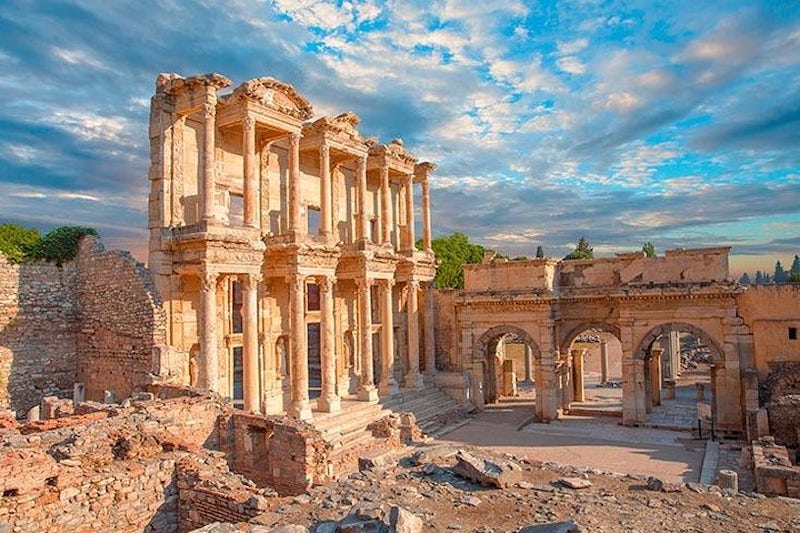 Enjoy a guided pilgrimage to Ephesus’ most significant biblical sites on this 6-hour tour from Kusadasi, including sites visited by Popes Paul VI, John Paul II and Benedict XVI.

In the morning, your guide will meet with you at Kusadasi hotel.

The House of Virgin Mary, is a place where according to the beliefs of many people Mary, the mother of Jesus, spent her last years of her life.

Terraced Houses, are located on the hill, opposite the Hadrian Temple. Also called as “the houses of rich”. They are important for the reason that they give us an idea about the family life during the Roman period. They were built according to Hippodamian plan of the city.

St. John Basilica, was a basilica in Ephesus. It was constructed by Justinian I in the 6th Century. It stands over the believed burial site of John the Apostle.

In the end of the tour, you will be transferred to your hotel.