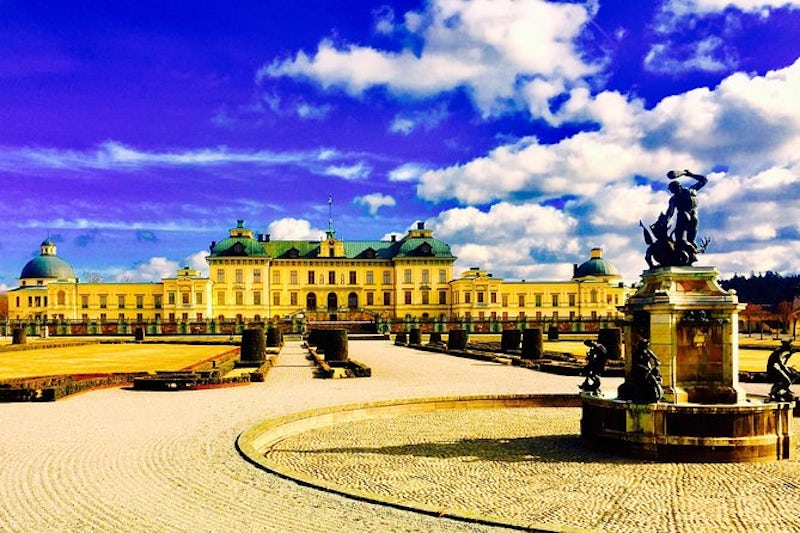 Visit Drottningholm Palace, Sweden's best preserved royal residence, in addition to other sightseeing destinations, on this half-day tour of Stockholm.

On this tour you will see the most famous buildings and behold splendid views over the city of Stockholm. City districts and famous sights include such locations as Stockholm City Hall, The Royal Palace, Östermalm, Gamla Stan (Old Town), Långholmen and The Royal Djurgården. During this tour you will get to know Stockholm and the history of the city. You will see all this and more over the course of two hours. Listen to both facts and stories about more than 30 places of interest that you will reach. The stops you make on this tour are optimized according to the time that is available. You will hear lots of interesting information as you move onward to new exciting sights.
Afterwards, you will head out to the countryside, south of Stockholm, where you will visit the Royal Drottningholm Palace. A World Heritage Site, you will visit these beautiful gardens for two hours.
Drottningholm palace was constructed according to a French prototype by the architect Nicodemus Tessin the Elder. Afterwards, it was commissioned by Queen Hedvig Eleonora. Many royal personages have left their mark on the palace since then. The palace features magnificent salons from the seventeenth, eighteenth and nineteenth centuries, a beautiful park, a unique palace theater and a Chinese Pavilion. The imposing baroque garden was laid out beginning in 1681 according to drawings by Nicodemus Tessin the Younger.
On the way from city center to Drottningholm, a short stop will be made for a traditional lunch lasting between 30 and 40 minutes (own expense).