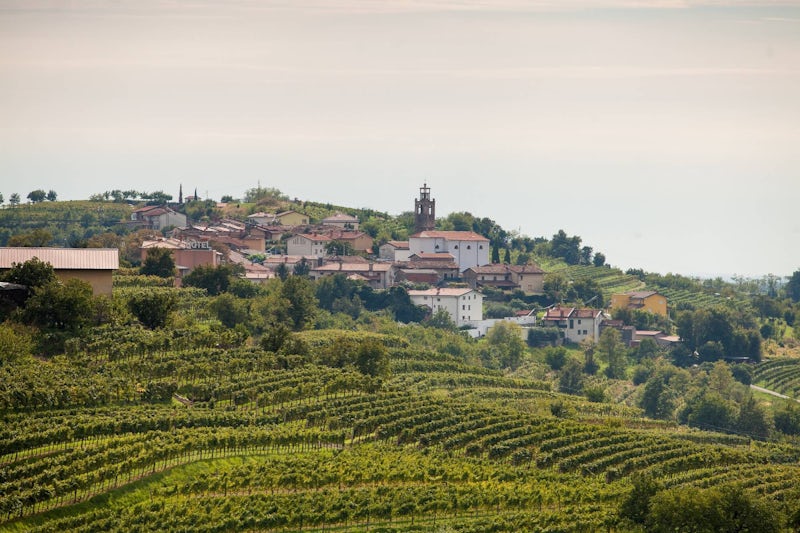 Slovenia has a long history of winemaking as viticulture and winemaking has existed in this region since the time of the Celts and Illyrians tribes, long before the Romans introduced winemaking to the lands of France, Spain and Germany.

Located in the west of the country, the Primorska is the most internationally recognised wine region in Slovenia. Winegrowers are heavily influenced by wine-making processes from their neighbours in Friuli, in particular in returning to eco-friendly farming with the use of only minimal chemicals.

The area is divided into 4 main sub-regions where both quality white and red wines are produced.

Vipava Valley: Vipava valley is a lush green expanse, with rich soils and moderate rainfall that straddles the Vipava River on its way to the Adriatic. In Vipava region Rebula (Ribolla Gialla), Sauvignon (Sauvignon Blanc), Malvazija, Laški rizling (Welsh Riesling) and Chardonnay are among the most popular and generally produced white wines, while the reds are: Merlot, Barbera and Cabernet Sauvignon.

Goriška Brda – Tucked away in a small corner by the Italian border, the Goriška Brda region is Slovenia's little “Tuscany”. Gently rolling hills layered with terraced rows of vines combined with the sweet aroma of fruit from the orchards below makes Goriška Brda an ideal spot to relax for a few days in the warmer months of the year. Wineries from the area produce quantities of award winning Merlot, Cabernet Sauvignon, Chardonnay, Sauvignon Blanc, Rebula, Refošk, Pinot Gris, Pinot Noir and Friulano.
Karst – East of Trieste, the cave plateau region of Slovenia is best known for Teran. The wines of the region are typically affected by heavy limestone content in “terra rosa” soil, the earth is rich and red. Likewise, the proximity to the sea can add a certain tang to the wines.
Slovenian Istria – Near the Adriatic coast, Istria (cities Koper and Piran) has the warmest climate of the wine regions in Slovenia. The most abundantly grown grapes are Refošk and Malvazija. New cellars opening shows the region’s growing popularity.