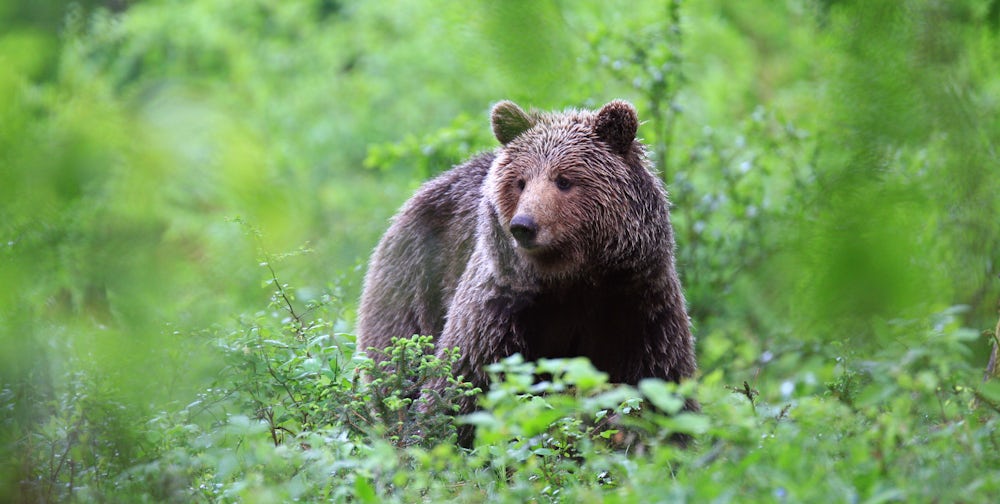 How to Go Bear Watching in Slovenia

Did you know that you can actually go bear-watching in Slovenia? This is one of the many possibilities of getting to know the nature, the countrymen and wildlife in this gorgeous country – in a very exciting way!

It was in the middle of October when the days were already getting shorter. The chance of actually seeing bears was slim due to the late hours when bears come to the feeding station and when it usually is already dark.

We started the adventure in Ljubljana early in the afternoon. We drove all the way to the Notranjska region, to the village Jurisce and the tourist farm Pri Cunarju, where the farmer’s wife offered us homemade liquor, bread and delicious salami. There we also met an experienced hunter called Roman who lead us to the bear-watching registered feeding station.

We were told that it was very important not to wear perfume while at a hunting lookout, and that it was advisable to wear warm clothes and proper footwear, suitable for forest trails. Everybody was asked to be quiet and to not use phones or lights. After a half an hour jeep ride we arrived in the deep forest and started walking towards the place where the tree house was located. It was very quiet and kind of mysterious when we arrived at the observation point.

We climbed up the ladder, closed the door and made ourselves as comfortable as we could in a small cabin with three little windows. Roman said that he would come back for us when the sun goes down, which would be in two hours, he added. Under no circumstances were we supposed to open the door until we saw his flashlight. 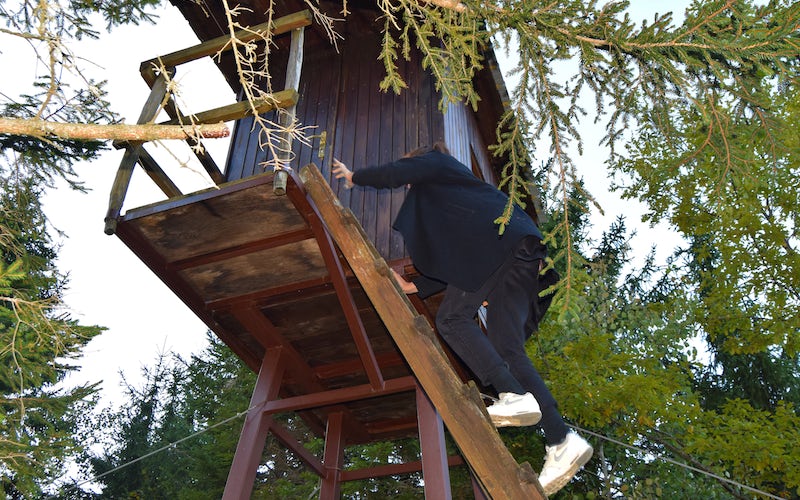 It was 6 pm and all we could see was a clearing in the middle of the forest in front of us and an unusually shaped green-coloured animal feeding device. We were sitting there so quietly that we could hear ourselves breathing. All of a sudden we saw a slight movement behind one of the trees far away, and we took a deep breath. Are we going to see this charismatic and the largest carnivore in this part of the world after all? While waiting for a bear to show up we couldn't even move. But unfortunately it didn't happen this time.

After the tour, me and an Australian couple that were also on the tour decided to go to a very nice restaurant, called Avio pub, which is not far from Postojna cave. We had a great time in spite of not having spotted a bear. 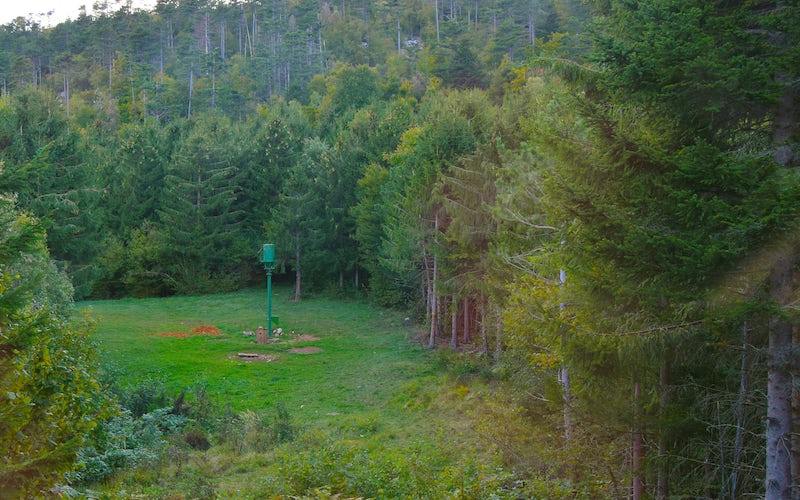 How can I go bear watching in Slovenia?

There are quite a lot of tour companies that offer bear watching in Slovenia. It is not recommended that you don’t go alone in the deep forest: the best way is to do it with the experienced hunter as we did.

Is it possible to do it in every season?

You can bear-watch in Slovenia between April and the mid of October. After this period the sun goes down before the bears show up at the observation place and you cannot see them. During the winter time bears hibernate.

If you do it the right way it is safe.

Is there a good chance of seeing bears on this kinds of tours?

It depends on the season. It is estimated that there are somewhere between 500 to 700 brown bears live in the green forests of Slovenia. If you aren’t successful and don’t see them on the tour, the agency returns half of the money. But anyway it is a great experience after all.

Will I be able to see any other noteworthy animals?

In this part of Slovenia, you may also see fox, deer, wolf, hares, lynx and different kind of birds. But it is important that every time after visiting the forest you check yourself of ticks before you go to sleep. Ticks in Slovenia, in forests and long grass areas, are a common threat because they can transmit illnesses like encephalitis, Lyme disease and meningitis.