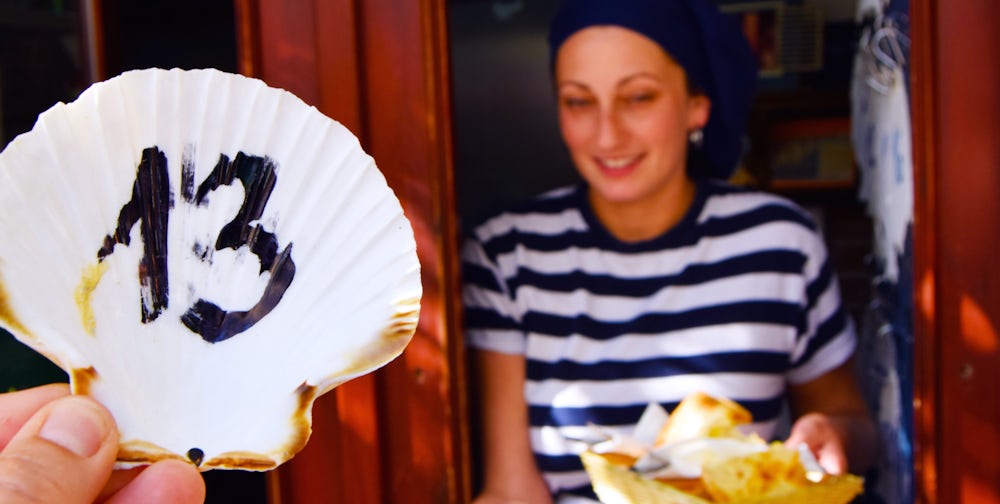 Here's What to Do in Piran, the Gorgeous Slovenian Coast Town

Piran is a lovely town in Slovenia, situated right by the Adriadic Sea. Wander the narrow street and feast on fresh seafood before spending the afternoon relaxing in a luxurious spa.

Piran is  a beautiful and very well preserved medieval town on the Slovenian coast and is considered to be one of the oldest urban settlements in Slovenia. The city represents a real gem of Venetian gothic architecture with typical narrow paved streets, red tiled roofs, the Tartini square, a hilltop Cathedral of St. George and the walls of the city.

Piran is located on the Piran peninsula and the labyrinth of the streets is characterized by small shops, lively markets, museums and galleries, an aquarium, coastal cafes and restaurants offering seafood delicacies. The town is actually so busy that in the summer, during lunch or dinner time, you can hardly find a place to sit and enjoy the meal.

This year I have visited Piran three times and I found a brilliant concept of a restaurant. It is called Okrepcevalnica Kantina and it’s a self service restaurant that serves delicious seafood. When I succeeded to get a free table squeezed in one of the narrow streets under the pergola with fragrant grapes, the waitress came and took the order for the drinks.

Then she gave me the menu and explained to me to go to the nearby window to order the food. I decided to have grilled calamari with pommes frites and, when it was my turn, the cook gave me a shell with the number 13 on it. I went back to the table and every time the bell rang we all turned around looking for the number hanging on the rope being passed through the window. Amazing how nobody was looking at their phones but only waiting for the bell and the right number to show up. That was the perfect atmosphere and the calamari with pommes frites were delicious, by the way.

Piran is well known for being the hometown of Giuseppe Tartini, a composer, violinist and music pedagogue who was born in this town in 1692. The main square in Piran is named after him, Tartini square, which used to be a port. In 1894 the cityzens of Piran had exhausted the water from this part and filled it with the remains of the city walls and so the square was formed. 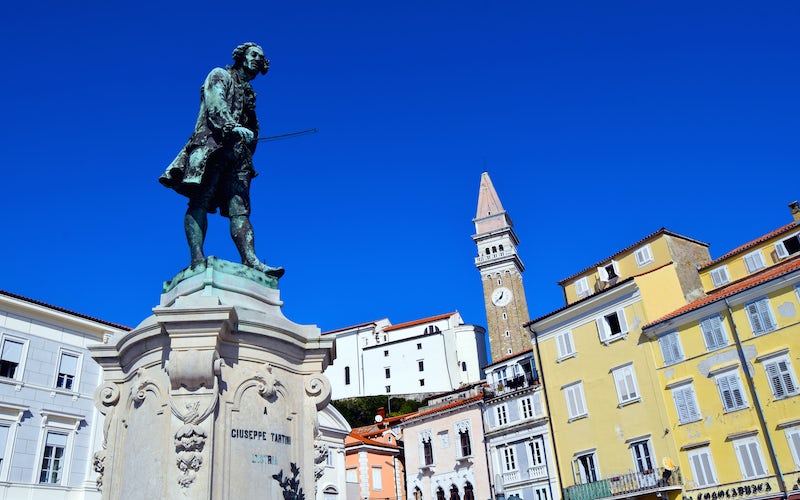 The most important buildings in Piran stand alongside Tartini’s monument in the centre of the square: Tartini’s house, the Town Hall and the Courthouse, a house called Venetian woman, “Benecanka” that was constructed in the middle of the 15th century. 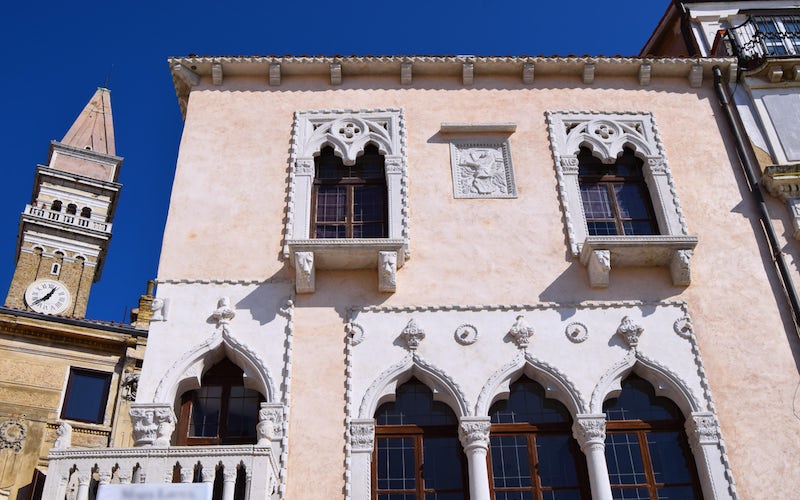 There is  a legend of a wealthy Venetian merchant named Del Bello who fell in love with the beautiful pirancanka, a girl from Piran. The house has a furnished, gothic corner balcony, from which the girl could watch the sea and waited for her beloved. But jealous citizens started to gossip, so the young couple put a stone plaque on the front side of the house, saying “Lasa pur dir”, “Let them talk”.

Cyclists, you should read on!

At the end of the 19. century Piran was one of the biggest Istrian cities and when the former narrow-gauge railway line between Trieste and Porec was built in 1902, the authorities of Piran recognized immediately the importance of the main hinterland connection with seaside resorts and so the major contributor to the economic development of this part of the country. Unfortunately, because of the difficult terrain, the railway could not reach Piran so at first, a trolley was considered to be the best solution. Later on, a tram was established, which connected Tartini square with the railway station in Lucija, the nearby city. The trams were operated until the 31th of August 1953 when the last tram was put out of service.

Today Parenzana, named after Parenzo - the Italian name of the city of Porec, is known for its 76 miles long cycling path, which stretches along the trail of a former railway from Trieste to Porec. It is a wonderful biking route through several Mediterranean cities and gorgeous nature. En route, you will pass 8 tunnels, 11 bridges, 6 viaducts and local farms, where you can taste homemade specialities.

Festivals and other events commonly take place on Tartini square. Lovers of baroque music can enjoy performances by distinguished musicians from all over the world or you may just sit there and enjoy life. During the summer there are also different fairs that offer local produces and artists selling their pieces. In Piran, the town that grew on salt, there is a Salt Making Festival every year in April. This festival revives the former celebratory beginning of the salt-making season, when whole families went to the salt pans to work.

The first record of salt production in Slovenia goes back to the year 804 where there were several small salt pans around Piran, owned by nearby monasteries. Today the area of the Sečovlje Salina landscape park covers around 1600 acres of salt pans, which makes it the biggest traditional producer of salt. The area is protected in order to preserve natural and culture heritage. The quality of the salt and salt flower, a very thin topmost layer in the ponds, is famous and cherished all over the world. The abandoned, southern part of the reserve has become a habitat for various animals and plants where you can see some of the abandoned houses where salt producing workers used to live. 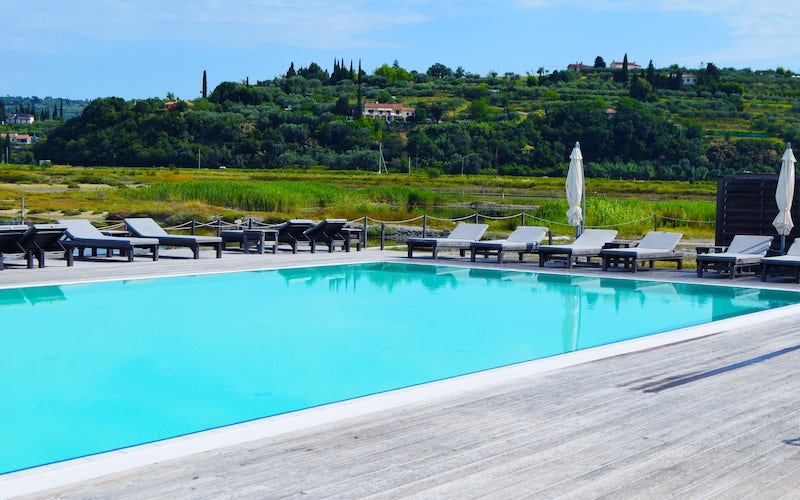 In 2013 outdoor Thalasso spa Lepa Vida was established in the middle of the Sečovlje Salina park. Salt pan mud is one of the most important ingredient in thalassotherapy which has a beneficial effect on the body from the sea. And who doesn’t want to feel good in such a unique environment with crystal clear water, fresh breeze, Mediterranean sun and unforgettable massage?

How to Go Bear Watching in Slovenia
Story