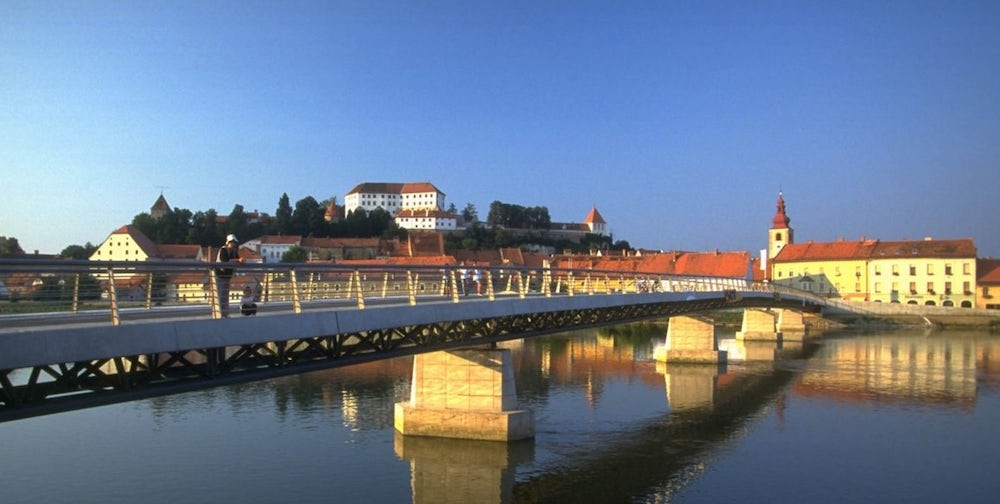 Ptuj - just a smile away

Set on the Drava river, Ptuj is the oldest town in Slovenia and one of the oldest of whole Europe. Curious about what makes Ptuj so weirdly wonderful? Come and explore the picturesque city! I bet you'll love it!

Amazing things Ptuj has to offer

But the castle is only one of few interesting things to see in Ptuj... 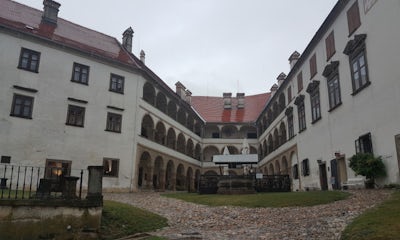 Place
Ptuj Castle
Nastja:The town is dominated by the castle, standing proudly on the hill above Ptuj. Due to the strategic position at the bank of Drava river the castle hill was occupied since the early days of Ptuj and it played an important role over the centuries. The look of the building we can see now dates back to the 18th century. There’s a permanent exhibition of kurenti costumes and photographs of past parades in the regional museum housed in the Ptuj Castle. Ptuj Museum is one of the best in Slovenia: among the varied displays are an interactive display of traditional musical instruments, a display of glass paintings (a traditional craft particular to this region) and, in the Representatives’ Hall, a stunning display of seventeenth century paintings of Turkish and European military men, elegant ladies in beautiful gowns and elaborate head-dresses, and people from far flung countries in their national dress. The highlight is a spectacular painting of Siegmund Herberstein, the seventeenth century owner of Ptuj Castle; in it he wears an extravagantly decorated silk coat given to him by Suleyman the Magnificent. Ptuj Castle is also home to the museum that hosts the biggest collection of music instruments in whole Slovenia. But that’s not the only reason why it’s worth climbing up the steep hill to the castle. The view from up there is the best one you can get in Ptuj, with the whole town, the nearby Ptujsko Jezero and the surrounding idyllic countryside at its best.
more 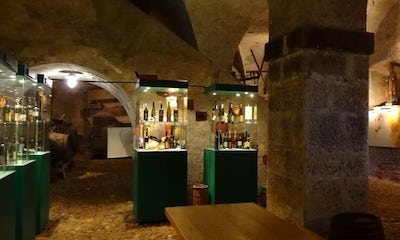 Place
Ptujska klet vinarstvo d.o.o.
Nastja:Memories and the spirit of the past are preserved in the bottles kept in the Ptuj wine cellar, representing an admirable and the most important collection of archival wines in this part of Europe, among them there is a true wine memorial – the oldest archival wine in Slovenia – Zlata trta (Golden Vine) from 1917. However, in Ptuj Cellar the focus is not only on the past. By upgrading the knowledge and experience and by respecting the noble tradition of wine cultivation, the tale is successfully unfolding.
more 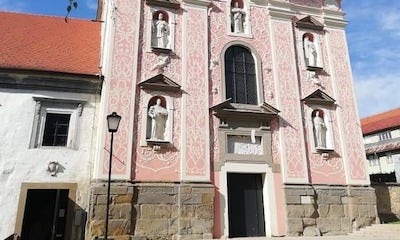 Place
Dominikanski samostan Ptuj
Nastja:The Dominican Monastery at Ptuj, established in the 13th century by the Dominican Order, is now the premises of the newly-arranged collections of the Ptuj – Ormož Regional Museum, the Historical Archives Ptuj, and housing. The Dominican monastery was established in 1230 by Methildis, the widow of Friedrich III of Ptuj. She donated some land to the Dominican Order, where lavish buildings stood in the times of ancient Poetovio, where Prince Pribina’s mansion stood in the 9th century, and where buildings owned by the Lords of Ptuj stood in the 13th century. The Dominican friars built a church with a presbytery shaped like a long choir, as well as the monastery’s living quarters. The cloister got its current form in the beginning of the 15th century, however mural paintings from the 14th century and mullioned windows from the 13th century were preserved on the eastern wall. The Dominican complex has preserved its medieval architecture, with baroque features added at the end of the 17th and beginning of 18th centuries. The friars lived in the monastery until its dissolution in 1785, when the military moved in. In 1928, museum collections were exhibited on the ground floor, and restoration started in 2011. The Renovated parts of the monastery serve as a venue for cultural events and are open to visitors.
more

Gift from Nastja. Get a discount off all experiences!

Every corner hides some little gems, whether it’s street art, small cafes or interesting backyards. Whenever your curiosity pushes you to enter a gate in Ptuj center do that as chances you will find something exceptional are really high, for me it was an absolute success miss Orpheus Monument – a Roman tombstone from the 2nd century, the Town’s Tower – probably the most distinctive landmark of the city or the Town Hall built at the beginning of 20th century in the beautiful art nouveau style 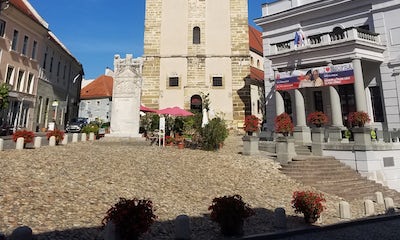 Place
Orpheus Monument
Nastja:Roman monument in Ptuj, Slovenia, an almost 5 metres (16 ft) high and about 1.8 metres (5 ft 11 in) wide stele, carved of white Pohorje marble. It is located at Slovene Square the town's central square, in front of the Town Tower. It is the oldest public monument preserved in its original location in Slovenia,[1] the largest discovered monument from the Roman province of the Pannonia Superior and the symbol of Ptuj.[3]
more

Place
Mestna hiša
Nastja:City Hall is located on the City Square. The present building is from the year 1906-7. On this place was the house already built in the year 1571 by Dominican monks. In the 18th century was in the property of the Poskocil Family. It got one ground plan, but it was for the floor lower. In the beginning of the 20th century the Ptuj Municipality ordered the plan for the new city hall from the architect Baron Maks Ferstl from Graz.
more 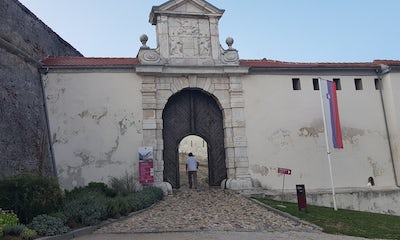 Place
Ptuj City Theatre
Nastja:Ptuj City Theatre has established its reputation as a theater that puts on performances in a range of genres, and it mostly produces plays by contemporary authors. Ptuj City Theatre creates shows for all generations, from children to seniors. Every season the theater produces at least four new plays, while more performances are created on its open stage.
more 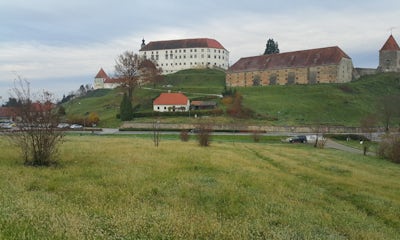 Place
Archaeological Park Panorama
Nastja:This archeological park is situated behind the city castle, and if you already go to see the castle, it is worthy to prolong your trip to Panorama hill and get acquainted with fragments of ancient Roman suburb of in that time (2nd century) big city of Poetovio. The park is equipped with several billboards with descriptions of this suburb and the most important findings. The descriptions are given in Slovene and English language. There are also a few replicas of the monuments unearthed on this location. It is about 30 minutes walk through the park and you get acquainted with all the descriptions and monuments. The admission is free.
more 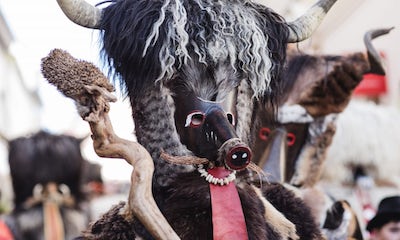 Place
Ptuj
Nastja:FEBRUARY - Kurentovanje - Pust The Kurentovanje is the most important traditional carnival in Slovenia. The origins of the event are unclear, but it is understood to have evolved from ancient pagan celebrations in the fields around Ptuj. The festival celebrates the ending of the darkness (wintertime) and the coming of Spring. The central figure is the Kurent, believed to be an ancient god of hedoism, who is dressed up in sheep skin with a eloborate mask. The Kurent goes from door to door warding off the evil spirits of the darkness, welcoming the harvest season. These days its a great excuse to let your hair down and go crazy for a week or so. A myriad of street performances and events are held and the event draws more than 100,000 people daily. The traditional carnival starts on the Saturday, more than a week before Shrove Tuesday, The event culminates on Sunday with the traditional international parade, and ends on Tuesday with the burial of the Carnival.
more 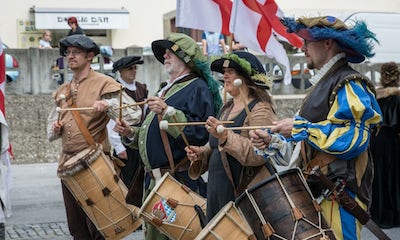 Place
Ptuj Castle
Nastja:JUNE - Ptuj Castle Games Explore history with groups preserving medieval traditions and culture, coming from nearby places in Slovenia, as well as the further lands of Austria and Croatia, and Ptuj’s German sister city of Burghausen. A medieval fair also comes to life in the city. Every year the games are accompanied by an art colony, an awards ceremony for winemakers, and music played on magical instruments at the castle!
more 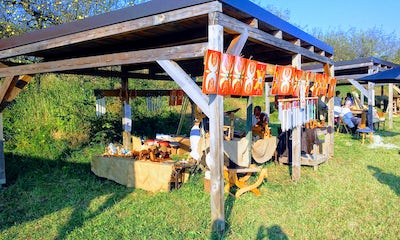 Place
Rimski kamp / Roman camp Poetovio
Nastja:AUGUST - Roman Games Ptuj was a mighty town 2000 years ago: it was first a camp base, and later an important center of trade and craft. During the Roman Games, Ptuj turns into Roman Poetovio. The city is taken over by gladiators, Roman soldiers, senators, Vestal Virgins, and other representatives of Ancient Rome, putting on one of the largest reenactments of the Roman life in this part of Europe for the tenth year in a row. Over 800 participants will be presenting the life and traditions of Ancient Rome.
more 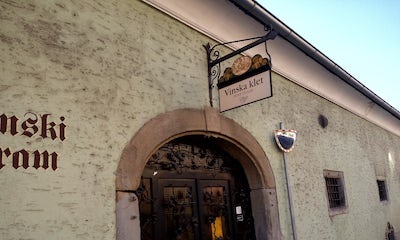 Place
Vinoteka
Nastja:NOVEMBER - St Martins Day St. Martin's Day in the city that boasts the oldest wine cellar in Slovenia is always a special experience. As countless winemakers and farms present their products, special attention is paid to the program featuring lectures and guided tastings, as well as guided tours through the wine secrets of Ptuj.
more

The best bed you can get

Bed is the best place for reading, thinking, or doing nothing. 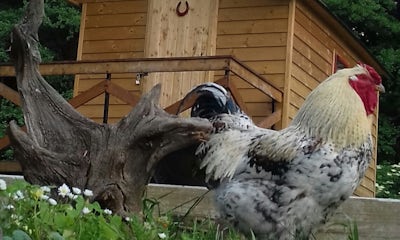 Place
Ranč Zlati Bober
Nastja:Back to basic in a nice way! If you are looking for unusual accommodation, if you want to spend memorable vacation with your family there is a unique place in the countryside of the oldest town Ptuj, Slovenia. Great location (4 km from city center), rustic accommodation. Beautiful yet simple, well-equipped. No Wi-Fi zone, great for a digital detox vacation. Amazing nature few steps from the hut that sits on a Drava river bank.
more 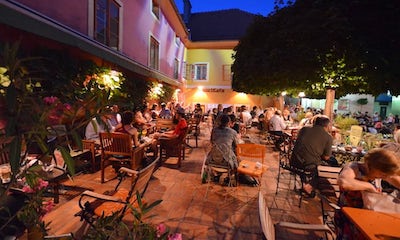 Place
Hotel Mitra
Nastja:Hotel Mitra is a great destination for tourists. Guest rooms offer amenities such as air conditioning, a refrigerator, and a minibar, and guests can go online with free wifi offered by the hotel.
more

Keep your stomach happy while visiting

You can not wander around with an empty stomach 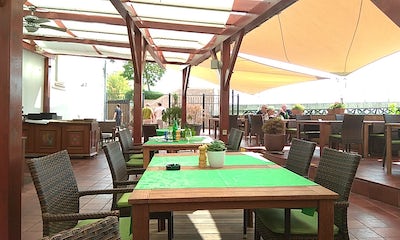 Place
Gostilna Ribič
Nastja:Seafood, European, Slovenian, Central European Vegetarian Friendly, Vegan Options, Gluten Free Options Located directly on the bank of the river Drava, the restaurant offers a romantic ambient. *Gostilna Ribič (Ribich) is a restaurant with 25 years of culinary excelence in the city of Ptuj. A romantic ambient that adds a relaxing touch to the culinary experience. Although the restaurant is famed for its fish dishes, we also take pride in our meat dishes that have been re-imagined in a modern culinary style that reflects the local region. Fresh and local produce are at the core of our work and we inspire to bring forth the best that our region has to offer. A modern culinary experience in a historic town - We welcome you to Gostilna Ribič. It had some ups and downs but now we are in full power to make it the best.
more 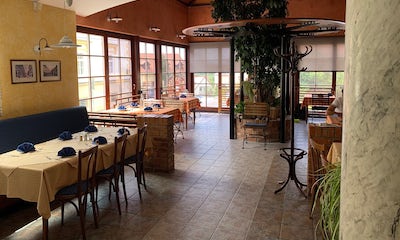 Place
Gostilna Amadeus
Nastja:European, Slovenian, Central European Vegetarian Friendly Located in the old part of the city Ptuj at Prešeren Street 36, with a unique view on Ptuj Castle. *Amadeus is an excellent restaurant. The prices are very reasonable and the staff spoke excellent English. Small warning - the portions are very generous!!!! Bring your appetite!
more 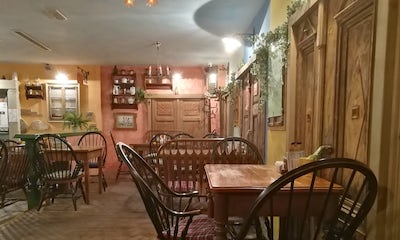 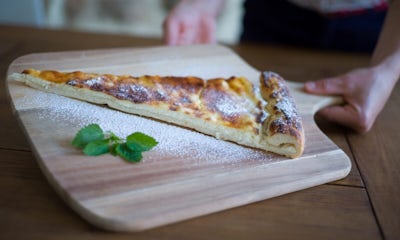 Get your facts first, then you can distort them as you please. 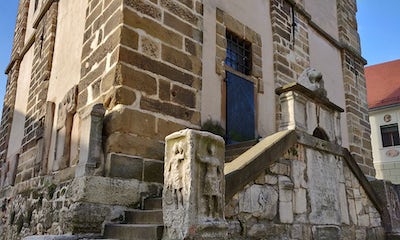 Place
Ptuj
Nastja:Fun fact: Ptuj is home to the oldest outdoor lapidarium in Slovenia. Named after curate Simon Povoden, who, in 1830 had the remains of ancient Roman monuments built into the walls of the city tower Among them are civil and military tombstones, ash chests, sacrificial altars and dedication plates
more