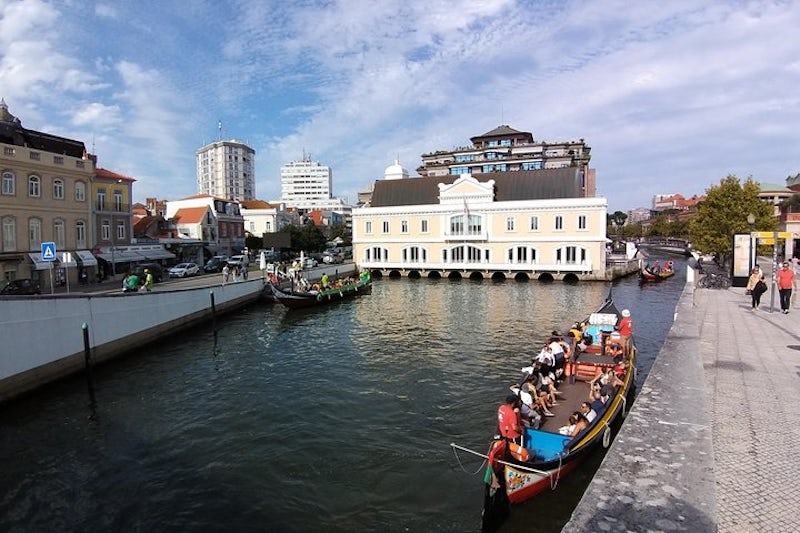 The Delightful Private Tour Of Aveiro- The Portuguese Venice

Aveiro a charming city with a bountiful nature. You can enjoy the beaches, natural reserves, the river estuary of Aveiro and the exquisite art Nouveau that features the buildings. There are also famous Churches and museums.

Starting Aveiro tour in the morning visiting the city 16th-century Cathedral ; Misericordia Church constructed in the late 16th century and the Santa Joana museum. There are religious arts , Portuguese painting exhibition of 1 7th and 18th century , relics , jewellery , among others in this museum. Besides this, there is an amazing park named Infante Dão Pedro where you can spend peaceful moments away from the city centre, and after take a Moliceiro Boat tour on the Ria Channels or visit the Hunting and Fishing Museum.

Ria de Aveiro , one of the best tourist spots , is known for its characteristics boats named Moliceiros. The boat ride are of 45-minute duration occurring in Central Canal, the Canal Cojo , the Canal of the Pyramids and the Canal of São Roque. Aveiro is famous for its past salt exploitation tradition, whose process can be seen in Navy Noeirinha from June to September.

While setting out for touring in the afternoon, you can visit Museum of Vista Alegre to view the delicate artworks and historical remains ; the Vagueira Beach , to witness the traditional fishing gear ; the picturesque Costa Nova ; Barra beach with its Europe 's highest lighthouse , and the São Jacinto Dunes natural reserve in the San Jacinto peninsula 's edge which has abundant flora and fauna.

Other places worth visiting are Maritime museum that has a renowned aquarium codfish and the Pateira de Fermentelos which is the Iberian Peninsula 's largest natural lake with diverse species. When in Aveiro, you must definitely try the regional delicacies which include Stew Eels , Chanfana (traditional goat stew), Codfish rich in olive oil, and local sweets " ovos moles ".