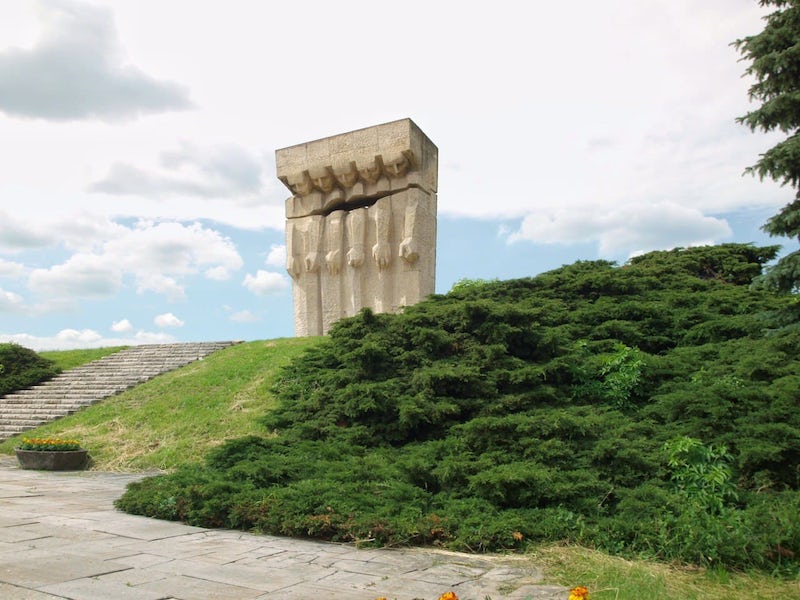 Plaszow is a Nazi concentration camp in the southern suburbs of Krakow, founded by the Nazis shortly after the German invasion of Poland. The camp and life in it are shown in the Schindler's List movie (1993) about the life of Oskar Schindler.

Plaszow is a Nazi concentration camp in the southern suburbs of Krakow, founded by the Nazis shortly after the German invasion of Poland. Originally, Plaszow, opened in 1940, was planned as a forced labor camp, but in 1941 the camp was expanded and subsequently converted into a concentration camp, where from October 28, 1942, deportation of Jews from the Krakow ghetto began.
Plaszow was known as a concentration camp, supplying several military factories and a quarry with labor. At that time the camp covered 12 ha of the land formerly occupied by the cemeteries of Krakow and Podgórze Jewish Communes. It was in 1943–1944 that the Jews from the closed ghettos in Bochnia, Tarnow, Wieliczka, Rzeszow, Przemysl and the camp in Szebnie were imprisoned here. In July 1943 the Germans established an “educational” labour camp for the Poles. The people detained there were Krakow citizens and the victims of the pacification of villages near Krakow.
The camp and life in it are shown in the Schindler's List movie (1993) about the life of Oskar Schindler. The area which held the camp now consists of sparsely wooded hills and fields, with one large memorial to all the victims, erected in 1964 and few smaller. As the Plaszow area is now a nature preserve, so the director Steven Spielberg built a camp replica in the Liban Quarry, some hundred meters away. We will visit all this points during our tour.
Excursion is provided in 6 languages: English, German, French, Italian, Spanish, Russian.

pl. Bohaterow Getta – Ghetto Memorial and the Ghetto Pharmacy Museum
ul. Lwowska – a section of the Ghetto Wall
a tram ride to the camp site (2 stops)
ul. Jerozolimska – the remains of the camp railway station and warehouses, a building of the officer’s club, a site of the camp gate, administration buildings and barracks, ruins of the Jewish pre-burial hall
the Grey House – the camp torture house
ul. Heltmana 22 - Amon Göth’s villa
the remains of the pre-war Jewish cemetery
the camp roll-call square
the industrail site of the camp
H-hill – execution site
C-pit – the Plaszow Camp Memorial
a site of the second camp gate
a return to the city centre by bus