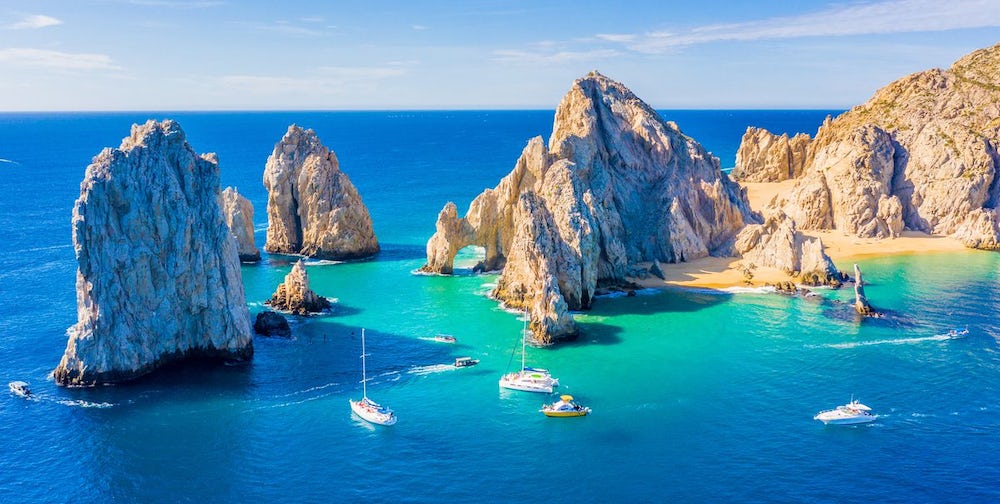 What to do in Los Cabos 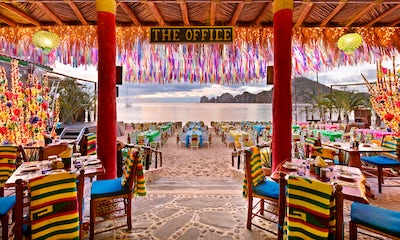 Place
The Office on the Beach
Oscar:This is a great place to have breakfast or just hang out and have a few drinks as you enjoy beachfront view of Medano Beach. 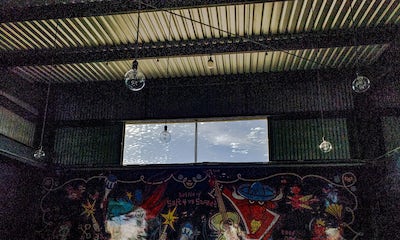 Place
Asi y Asado
Oscar:Featured on Guy Fieri Diners, Drive ins and dives this is a great place if you enjoy tacos. A local favorite 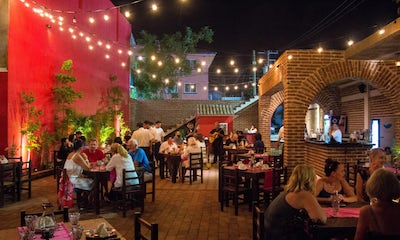 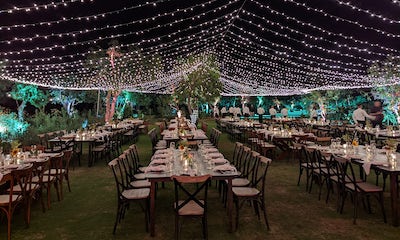 Place
Flora Farms
Oscar:Flora’s Field Kitchen started when Flora Farms stopped selling its immaculate produce to high-end restaurants and decided to cook its own food instead. Now it’s one of the most popular restaurants in the Cabo area, serving simple but perfect comfort meals like breakfast omelets, wood-fired pizzas, and fried chicken (for sustainability reasons, no beef is served). Producing more than 100 different types of vegetables and herbs, the farm’s soil is minimally turned and nourished through a top-down method, while the chicken and pork, raised humanely on a 150-acre ranch nearby, are both hormone- and antibiotic-free. Even the ice cream and sorbets are made in-house, and all ingredients are sourced from their 25-acre organic farm.
more 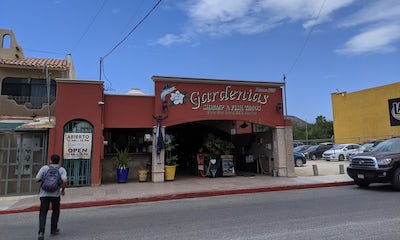 Place
Tacos Gardenias
Oscar:Because when you go to Mexico, you eat tacos. Family-run for more than 30 years, Tacos Gardenias serves all the Baja classics, like fish tacos, shrimp cocktails, ceviche, and seafood soup, while also offering tacos stuffed with cochinita pibil (juicy marinated pork), nopales, and fried shrimp. The taqueria opens at 8 a.m., for those who want to grab some tacos post-surf. ($)
more 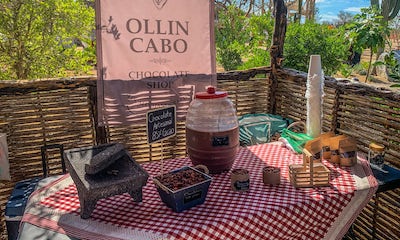 Place
El Huerto Farm to Table
Oscar:Simple, Organic & Healthy Sustainable Food They combine the best local organic ingredients, to produce simple, healthy, great tasting food, to be enjoyed in a family friendly farm to table setting. You and your guests will experience the feel of a small functioning Baja farm and take a glimpse of where their food comes from and how it is produced. Their mission is to bring healthy, organic, gourmet dishes to the reach of middle class locals and become a meeting place for family and friends to be enjoyed any day of the week for breakfast, lunch, dinner or drinks.
more 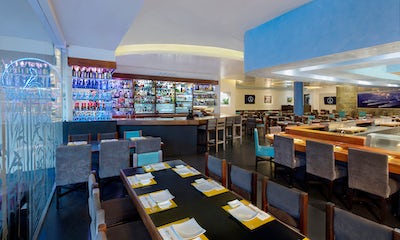 Place
Nicksan Cabo
Oscar:Nicksan, simply put, is the ultimate Japanese Mexican fusion restaurant in Los Cabos. Indulge in the award-winning cuisine of Chef Angel Carbajal and see for yourself why Nicksan was selected as the Best Restaurant in Los Cabos during the 2019 edition of Los Cabos Culinary Awards. When it comes to Japanese food in Cabo, Nicksan is THE place to find fresh and innovative dishes, based on the traditional principles of Japanese cuisine fused with the vibrant flavors of Mexico, which is known as Nicksan style. At Nicksan you will embark in a memorable culinary celebration guided by Angel Carbajal's love for offering the best and freshest products from the sea. Meals that are inspired by the tradition and genius of his mentor, Masayuki Niikura, and served in comfortably refined settings. The original Nicksan opened back in 1994 in downtown Cabo San Lucas, a few steps from the Marina.
more

Gift from Oscar. Get a discount off all experiences!

This is a collection of bars and cantinas in Cabo 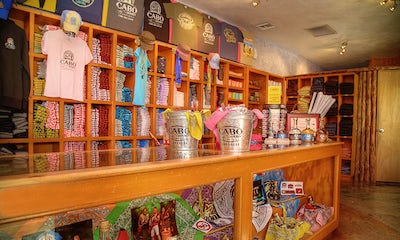 Place
Cabo Wabo Cantina
Oscar:Cabo Wabo Cantina - Who better to tell the story of Cabo Wabo Cantina than Mr. Cabo Wabo himself, Sammy Hagar. And I quote: La Cantina Cabo Wabo has generated enormous curiosity since the day it opened. At first, it was because of the time and place. In 1990, Cabo San Lucas was small enough for such an elaborate nightclub. Later, when this city at the tip of Baja California became the premier vacation destination that it is today, it seemed as if he had looked into a crystal ball. The truth is that the concept was evolutionary and the reality that it has become is based on small steps, many mistakes, some good people and a lot of luck. Jorge looked at me with the courtesy that Latinos reserve for dreamers. But I persisted and only convinced him that I was serious after I brought him to the States and had him as my guest at a concert in San Diego. By then, he was in Van Halen and had written the song "Cabo Wabo" with Eddie Van Halen. But the Cantina was always my project and not the band's Jorge and I started buying properties. When we had the property we wanted, we held a competition among local architects in Cabo San Lucas. The winner was Marco Monroy. I was happy that it was Marco, because he and I had already become friends. When Marco brought his design to me in Los Angeles, I was impressed, but didn't notice that his measurements were in square meters and not square feet! During construction, Van Halen was on tour and Jorge was handling the details. So when I first saw the Cantina, it was almost finished. "I can't believe it's that big," I told Marco. “This is too big for Cabo San Lucas. But I like it.' Of course, I wanted a monster opening that included MTV coverage. As Van Halen was going to participate on my behalf to make the grand opening an important event, I felt a sense of camaraderie. It seemed appropriate to offer the other members of the band financial participation in the project. They accepted.
more 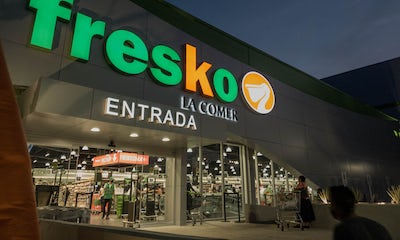 Place
Fresko Cabo San Lucas
Oscar:This is a small supermarket where you can get groceries, snacks, beer and some other supplies during your stay 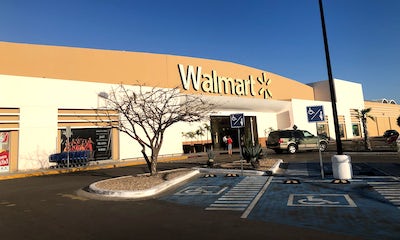 Place
Walmart Los Cabos
Oscar:This is a supermarket where you can find all kind of supplies you need.It is also a sopping mall where you can go around its stores and restaurants
more

A recomendation of fishing charter 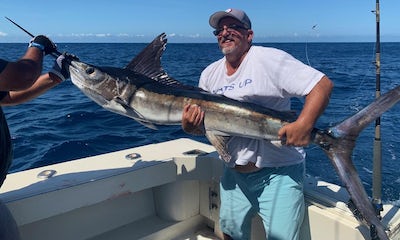 Place
Top Anglers Sportfishing
Oscar:I have lived here in Cabo for more than 15 years and if you are looking to go fishing I recommend that you call my friend Victor from Top Anglers Sportfishing. He is honest and will do his best to make sure you have a great day of fishing. You can tell him Kurt sent you . His number is 624--122-1643
more