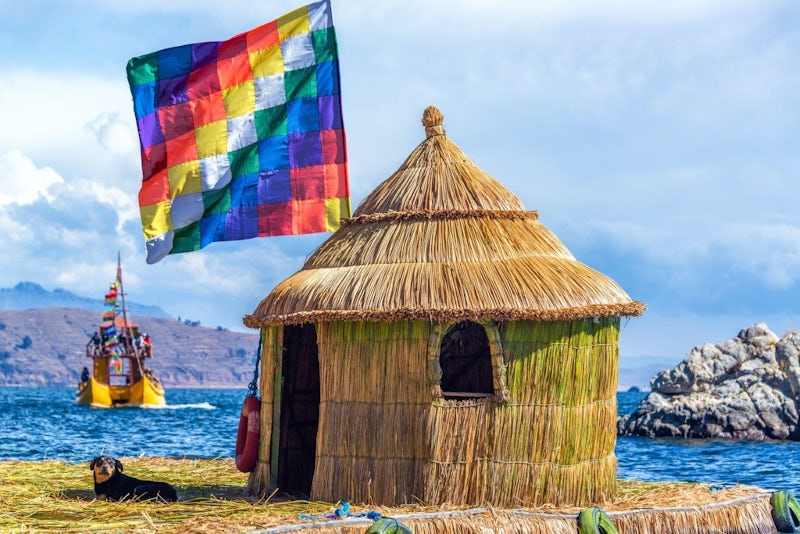 Explore the wonders of southern Peru for thirteen incredible days until you reach Machu Picchu, the jewel of the Incas. Discover the colonial past in Lima and Arequipa, two of the most important cities during the Viceroyalty with a rich architectural history of the time. Delight the view with breathtaking landscapes in the Colca Valley and Puno, with Lake Titicaca and its communities. Culminate your route in Cusco, the heart of Tahuantinsuyo, and immerse yourself in the Inca universe and its unsurpassed cosmology.

Lima: Named as a World Heritage Site by Unesco, the Peruvian capital is a sample of history and modernity.

Titicaca Lake: The highest navigable lake in the world, and its islands are home to several communities that keep their millenary culture alive. According to legend, it was the birthplace of Manco Cápac and Mama Ocllo, founders of the Inca Empire.

Cusco: The ancient Inca capital is a unique mix of pre-Columbian past with Spanish architecture. Its temples, squares and streets are surrounded by hills among which amazing sites hide.

Machu Picchu: The "lost city of the Incas". Hidden among the vegetation, get closer to our past through its rooms, temples, bridges and religious sites, built in communion with the surrounding landscape.

Comfortable and light clothing is recommended for visiting the coastal areas of Peru, while for the high Andean area the use of warm clothing is recommended. It is not recommended that visitors wear sleeveless shirts, shorts, short skirts or short clothes when visiting religious temples or official buildings. Sunscreen, sunglasses, hat and mosquito repellent can be very useful during your stay. Carry the same document that you presented to the agency, given that the train tickets and entrance to Machu Picchu will be issued with the same information. In all train services to Machu Picchu, the passenger can carry only hand luggage (backpack, bag or briefcase) weighing no more than 5kg / 11lb on the train to/from Machu Picchu. You will find your luggage at the chosen hotel. Allowed size: 62 linear inches 157cm (height + length + width).