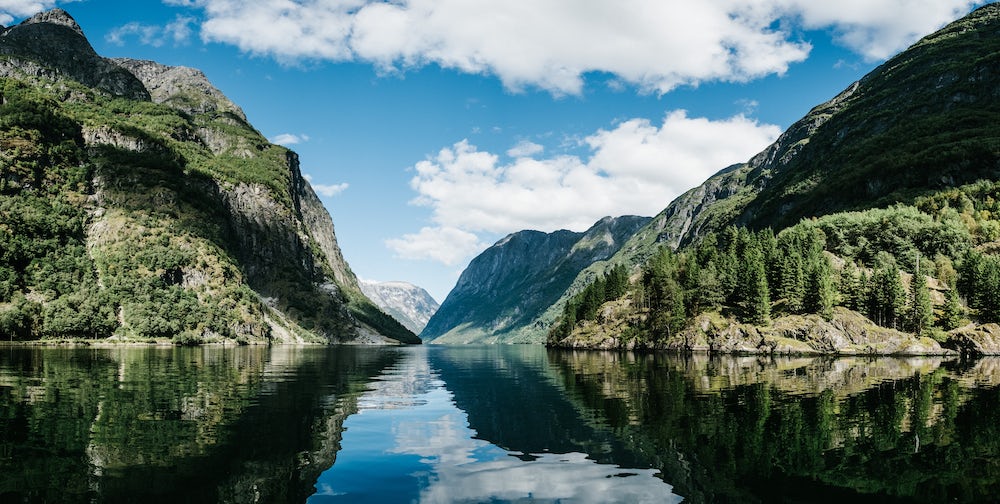 Southern Norway is full of attractions and things worth your visit. It was hard narrowing it down, but here is my 10 favourite things to do in the South.

Southern Norway is probably the most known, accessible, well-established tourism destination of Norway. Nonetheless, the region does have a vast area of places to choose from on your trip to Norway. With Oslo and Bergen as biggest airports to fly to, they will offer you plenty of perfect starting points to commence your journey! To make your life a bit easier we have created a list of Top 10 things to visit in Southern Norway: 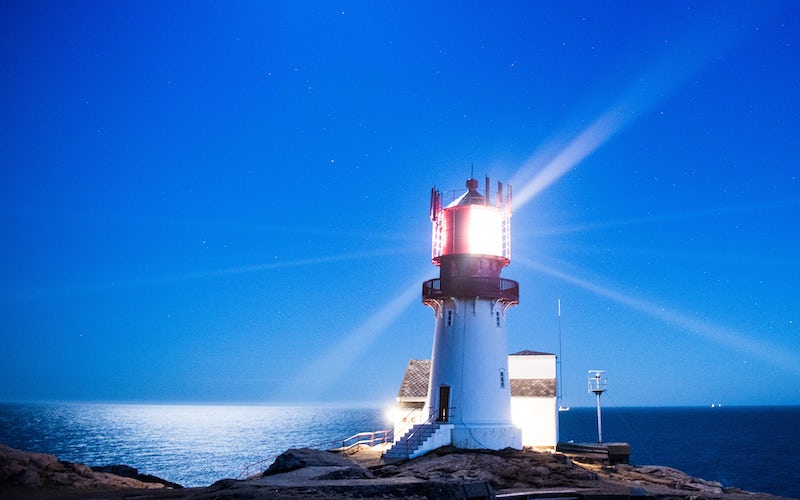 The pinnacle of the south of Norway as it is located at the actual southernmost point of Norway. Being the oldest of all lighthouses in Norway it dates back to 1655 when it was first lit. Did you know that every lighthouse has a unique sequence of light? This because, back in the day, people at sea would be able to recognize the sequence of light to pinpoint where they are. (so that back in the day, before smartphones gps and other positioning devices would be able to identify where they were.

The lighthouse also gives you the opportunity to learn more about the development of lighthouses, maritime culture, and how they used to make light in the lighthouse before electricity existed.

What if you are into cultural experiences but are on a very tight schedule and thus don’t have much time to visit all the different symphony orchestras, theatres, operas, and cultural organizations around Southern Norway? Kilden Performing Arts Centre has the solution as it houses all of them in the same place.

With the architecture being recognized on an international level it is definitely pleasure for the eye that just draws you right in to pay a visit. 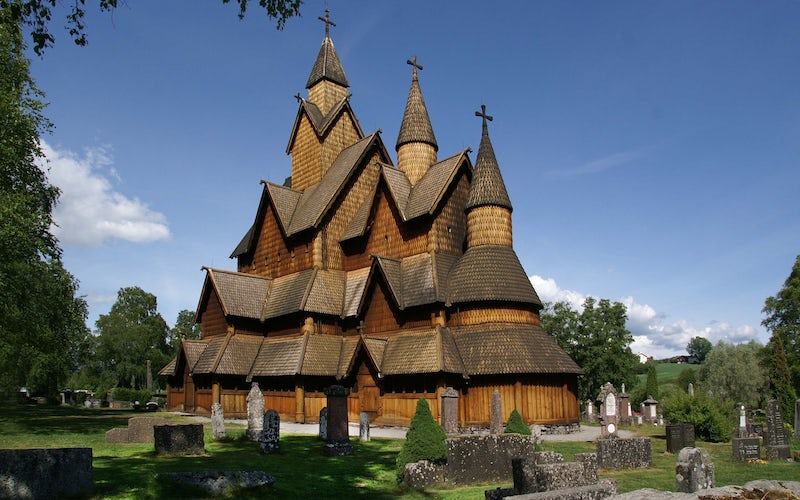 The wooden masterpiece that towers above all others. Heddal Stave Church is the largest stave church in Norway. Built in the 1200s, it is still in use today! Located West of Notodden on the way to Haugesund the ore-pines used come from the woods of Heddal and are the base of the magical atmosphere created by the carved portals and architectural formations.

4. The Parks of Oslo

When you’re blessed with ending up there on one of the good weather days, don’t hesitate to go to the grocery store, buy a “engangsgrill” (one-time-bbq), bring a blanket, and have a wonderful picnic. Our top choice of parks are: Frogner Park. Being Oslo’s biggest park you won’t only see tourists around here but also plenty of Norwegians in their day-to-day life. It is also home to the largest sculpture park in the world.

The Palace Park on the other hand surrounds the Royal Palace and seen that you find yourself in the capital of Norway you might as well go say Hi to King Harald V. As last park we would recommend the Botanical Garden. More than 1800 different plants in combination with collections of trees, sculptures and picturesque houses will make your senses go loco.

5. Following in the footsteps of Henrik Ibsen 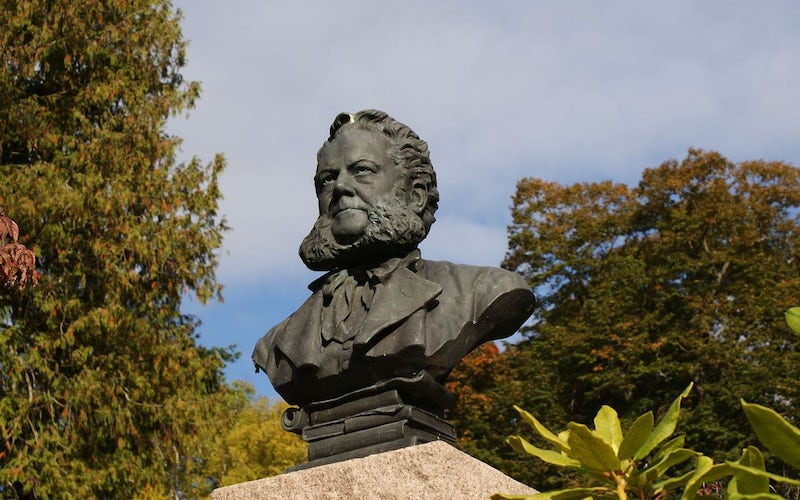 One of numerous remembrances to Henrik Ibsen. Photo: Pixabay.

Even though Henrik Ibsen, the founder of modern realistic drama and one of the world’s best-known authors, has passed away little more than a century ago, his presence can still be felt today.

Be it through his plays that are still performed, or the Ibsen museum where you can see the pharmacy that he worked in, or through the inspirational route through Norway where you have the chance to follow Ibsen’s footsteps and explore what inspired Ibsen’s Peer Gynt.

I know I know, I can feel you frowning already. However, when you’re not looking for the over-crowded, entirely full of white sand, and way too hot beaches of the Mediterranean, Southern Norway is your thing as it will offer you the exact opposite! As a counter offer you will get totally secluded, rocky glazed, and at a perfect temperature to go sunbathing and ocean dipping.

The first two aspects will be included in the package at all times, the weather will be depended on how much you have the weather gods on your side. Nonetheless, you will be able to just take your kayak, tiny little boat or any other means of water transport and head out to the island of your dreams.

If you do end up meeting that one other person on your island, the right to roam gives you unrestricted access to all outlying fields and islands along the archipelago of Southern Norway and Norway as a whole. (Of course some properties are private and they should be respected at all times). 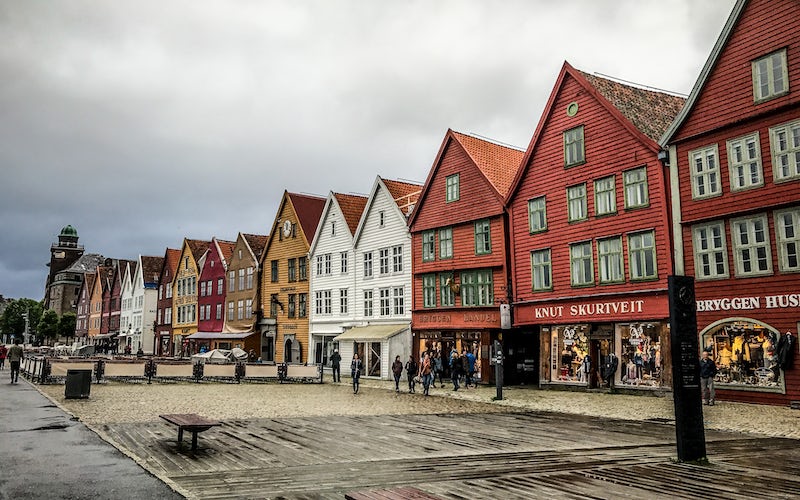 As second largest city in Norway Bergen is home to numerous activities and sites to visit. Bryggen is yet another addition on Norway’s list of UNESCO’s World Heritage sites. Having had to cope with a range of fires throughout time, Bryggen has risen up yet another time.

Being the foundation of the very first buildings of what now is the city of Bergen the great fire of 1702 has been buried in the back of people’s minds. It is actually where the Germans have been dominating trade from for over 400 years starting from around the year 1360. As import and export offices you will be able to walk around overhanging houses and narrow alleyways to make your way through the historical part of town. 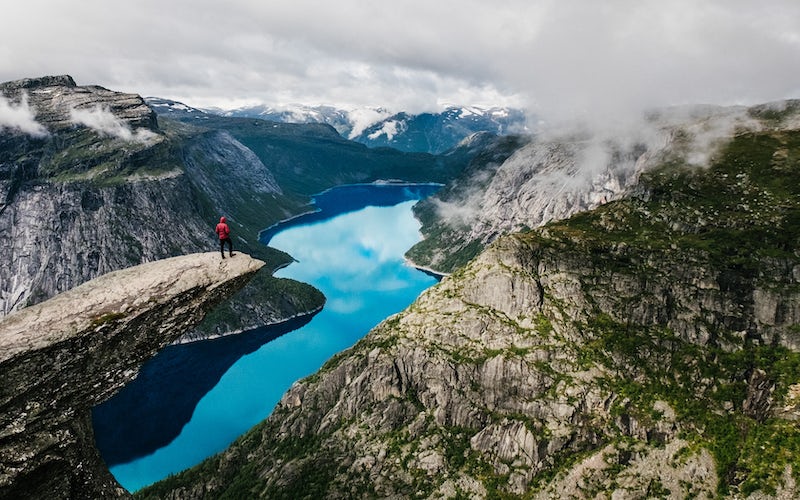 The breath-taking view from the top of Trolltunga. Photo: Unsplash/Rob Bye.

These three hikes are a definite must for the sporty and outdoorsy people amongst you. Giving you overviews over fjord like you’ve never seen before, enabling you to connect with nature on a whole other level, and being rewarded by making it to the top of the pearl jewels of the South. But don’t worry, if they happen to be too far away after all or not really what you are looking for there are plenty of other hikes to be done all over the south of Norway.

Even though Norway is home to an incredible variety of wildlife, they won’t always come and play peekaboo with you unfortunately. However, at the Landeskogen Peace Center in Bygland they have found a solution. Literally translated, Elgtun means “Moose yard”. Here you will be able to not only see, which is already very special, but also meet the actual kings of the forest! Orvar, Olga, Elvira, and Frøya (the names of the 4 moose) are waiting for you and are eager to meet you. 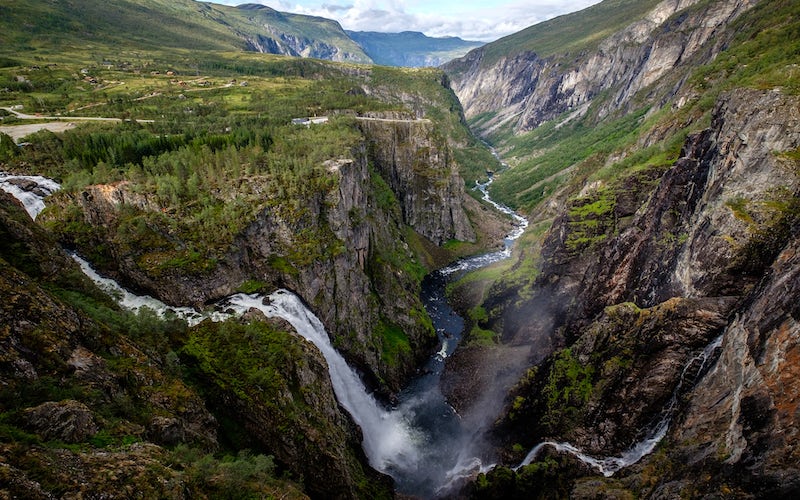 The most famous and majestic waterfall in Norway. Photo: Pixabay.

With a free fall of no less than 475 feet (145m) it would be quite the jump. Add to that its location in the middle of Hardangervidda national park, and the narrow and very steep valley of Måbødalen giving you the great recipe for Norway’s most famous waterfall. When making it to the top of the waterfall you’ll be rewarded with a view further than you’ll eyes will be able to reach and as breathtaking as when standing there on the ridge looking down this majestic mass of water.

Bonus: As a bonus for those of you already planning ahead, Southern Norway is going to become home to the world’s largest underwater restaurant. Opening up to the public in 2019 in Lindesnes the award-winning architect firm will house you having dinner at a full 5 meters below sea level, time to let the bubbles out!