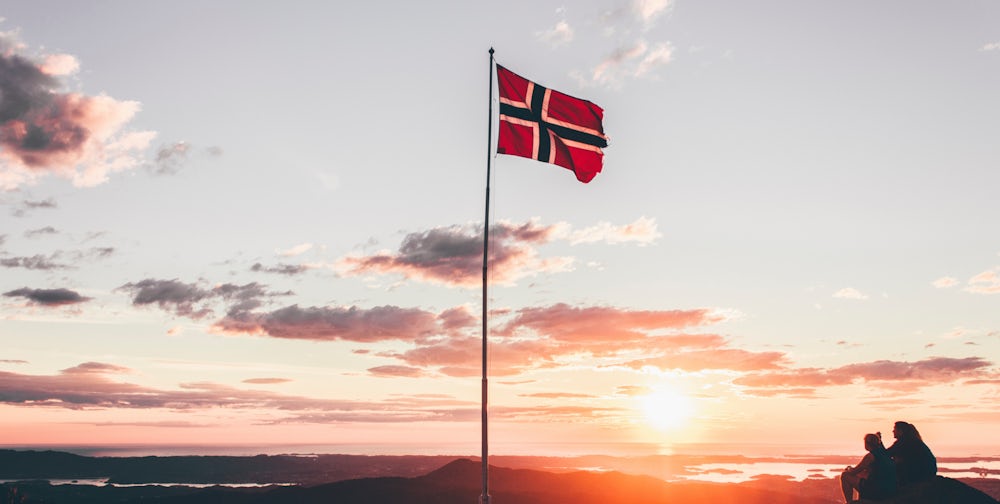 Futuristic, green, and egalitarian though it may be, Norway earns its Celtic myth-bolstered reputation for magic and mystery through ethereal Northern Lights, roaming polar bears, and Viking hoards.

Adventurers have always been attracted by the unearthly landscapes and celestial skies of Norway, which reward intrepid travelers to its shores. Expect plunging glacial mountains, crystalline waterfalls, and archipelagos illuminated by dancing purple-green light. Yet Norway is also, in European terms, a vast country. To drive from Kristiansand in the south to Nordkapp in the north takes nearly forty hours of non-stop travel. So that you can orientate yourself in this land of legend and outdoor activity, what follows is a curation of the country's searingly life-changing experiences. Here's what you need to know before you set foot in Norway.

Out and about in Oslo

The home of Edvard Munch it may be, but Oslo is likely to elicit the opposite of a scream from its visitors. Embraced by sea and mountains, Europe's fastest growing capital city is characterized by its architectural and ethical progressiveness. Leafy and green when it's not shrouded in snow, Norway's capital city has one of the world's lowest carbon footprints. Fjords, forests, and ski runs are just minutes away.

You can escape Oslo's 'hectic' (hardly) center to Oslofjord's spray of islands and tranquil waterways, while Nordmarka's ski havens and alpine treks are just as accessible. Michelin-starred restaurants abound, including Maaemo — which boasts three — gracefully fuses Icelandic cuisine with Korean. Decidedly world-class in its culinary offering, Oslo is a worthy mecca for hungry foodies. 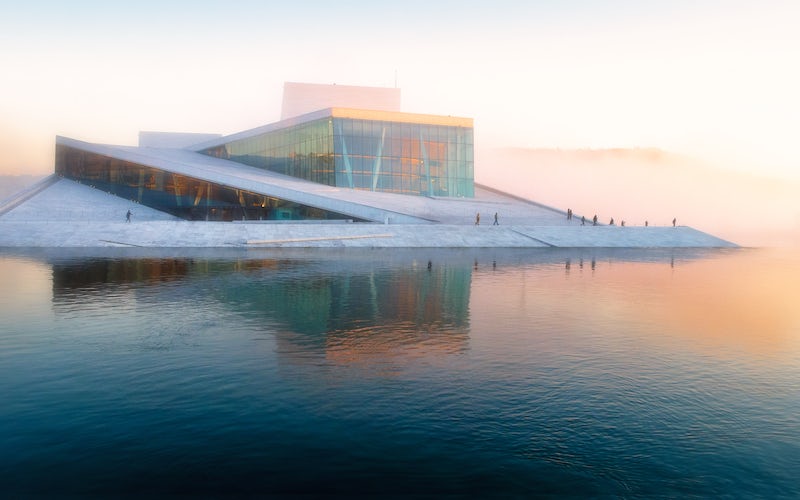 The sun never sets on Norway in the summer, nor does it set on the capital city. Nightlife in Oslo is on a path towards rivaling that of Copenhagen and Stockholm, with a far edgier appeal.

Visit Mollegata midweek for instance, and you'll find it hopping with party people. Vying with other capitals in Scandinavia for the title of the coolest northern city in Europe is just the beginning. There are plenty of other things to do here. From its spectacular Opera House to its cutting-edge Aakerselva waterfront district, craft breweries to bike shops and a cluster of world-class museums, there's much to explore.

The Land of the Midnight Sun and Norway's Northern Lights

Travel to Norway's northerly coast if you wish to see the Aurora Borealis in their full, miraculous glory. Destinations like Lofoten, Bodo, and Tromso are some of the most popular and highest potential cities if your trip is primarily about looking out for the Northern Lights. If these dancing illuminations are at the top of your priority list, the best time to visit is between October and April.

Norway experiences polar nights during the winter, a period during which the sun never rises beyond the horizon, casting the country into 24 hour darkness. The opposite side of the coin is summer, when the sun never sets, hence the epithet 'Land of the Midnight Sun.' As you might imagine, this sparks both strange and special experiences. 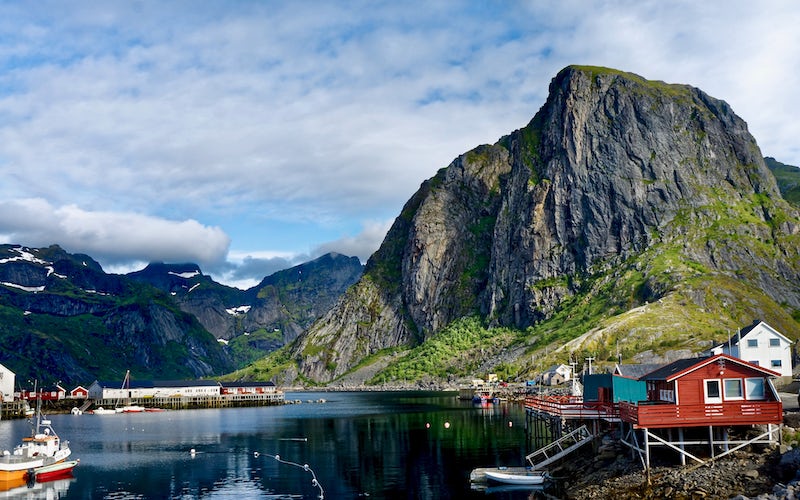 Nature's vitality seems to build to a crescendo, and people party for days on end during the summer, when the passage of time is temporarily replaced by perpetuity. There is even an electronic music festival dedicated to the phenomenon, at which patrons dance frenetically beneath luminous skies. In terms of practical info, the midnight sun shines between the 12th June and July 1st, a period which widens the further north you go.

Before Japan had sashimi, Norway was the salmon capital of the world. In fact, it was the Norwegians who introduced the Japanese to sashimi back in the '80s. The local Lax, as it is locally known, is the finest on Earth. Try Gravadlax, which is prepared with a subtle dusting of herbs that amplify the salmon's flavor. True, eating out can be pricey, especially given the strength of the Norwegian Krone, but the country's focus on sustainability and localism produces meals that spark unadulterated joy. Open-faced sandwiches with salmon are popular throughout Scandinavia. Unsplash/Toa Heftiba.

Somewhat strangely for a country so focused on its health, Norway is also the land of the Taco. Mexican meals are famously a favorite with Norwegians, with Taco Fridays religiously observed in many households.

If in doubt about how to break that notorious Scandinavian ice, simply raise this subject and all will be well. Norwegians will also likely ply you with their favorite firewater; savory and punchy Aquavit. This drink is pretty critical to most, if not all, celebrations in the country, and a symbol of hospitality.

Norway's fjords were formed by the submergence of glacial valleys in sea water. Each has its own distinctive character and ecology. Visit Lysefjord, which stretches for 42 kilometers, and is named for the spectral light that bounces off its granite sides. It is best known though for Pulpit Rock, which jolts visitors with adrenaline as they pose for pictures on its precipitous edge. You can also BASE jump from Kjerag Mountain and visit the prehistoric rock carvings of Solbakk while you're here. 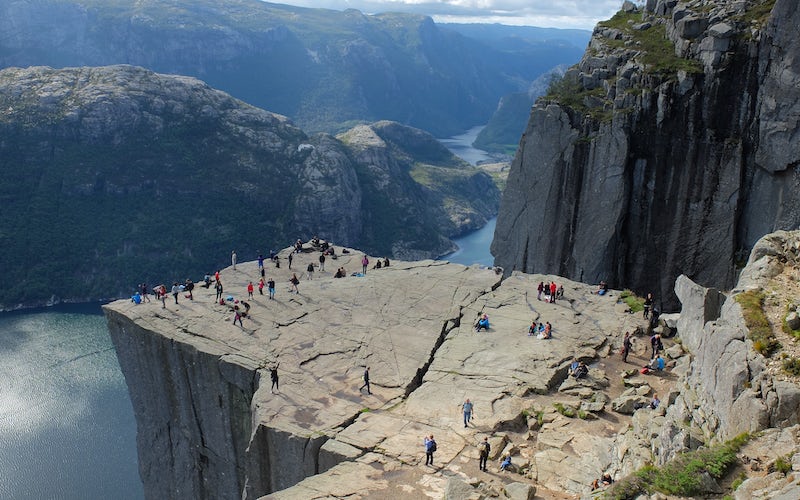 Hardangerfjord runs from the Atlantic to the Hardangervidda plateau, boasting glittering jewels like the Eidfjord, Ulvik, and Utne, plus trip-crowning hiking in the glacial mountains of Folgefonna National Park. Sapphire waters that look like the have been Photoshopped attract visitors to Geirangerfjord, which is also blessed with seven famous waterfalls and some of the best rafting and fishing in the country.

Most Norwegians own a cabin, sequestered somewhere deep in the silence of nature. Here, families hunker down in the winter for skiing breaks and base themselves for hiking and fishing excursions in summer. Norwegians will regale you with stories about digging down through roof-level snow to access these rural hideaways. If the Danish hold fast to the concept of hygge, Norwegians exhibit a profound love of the great outdoors, and with this scenery, it's hardly a surprise.

The term for this national passion is friluftsliv, and (aside from the oil), it might explain why Norway is ranked the 4th happiest country in the world. Dip your toes in these refreshing and restorative outdoorsy waters at Sognefjord, near the Aurlandsdalen Valley. The latter is Norway's answer to the Grand Canyon, and well worth hiking for its stunning scenery and entrancing biodiversity. Don't miss out on the Magic White Caves of Gudvangen, situated conveniently close by. 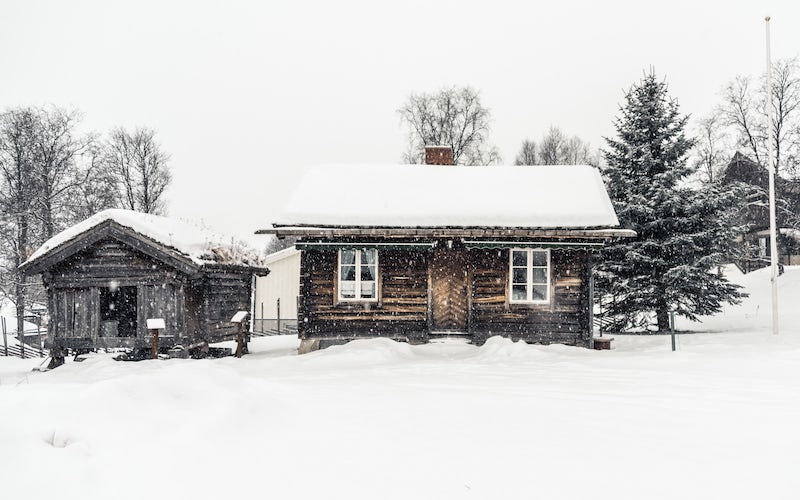 While it's necessary to dispel the myth that polar bears walk the streets in Norway, there are remote regions where this is the case. Svalbard is the magical island that glitters enigmatically off Norway's northern coast, on the way to the Arctic. This land of the midnight sun has one of the Earth's most unique ecosystems.

With a landscape shrouded perpetually in snow and illuminated by eerily beautiful and dramatic lighting conditions, Svalbard is a surreal yet undeniably special place. Presided over by polar bears, it feels as though you are at the edge of the Earth. 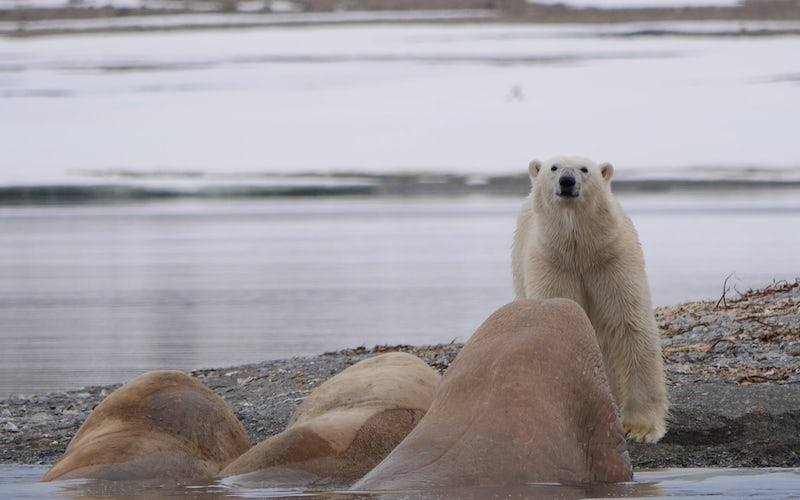 A polar bear having a chat with some walruses at Svalbard. Unsplash/Caterina Sanders.

Outward bound types will be tempted by unparalleled experiences like dog sledding over ancient glaciers, walrus-spotting safaris, and (naturally) polar bear watching. Longyearbyen is your first port-of-call and base for expeditions into the white wilderness. It's here that you'll find the mysterious Global Seed Vault. Like something from a science fiction novel, a near-comprehensive collection of the world's seeds are secreted inside a permafrosted mountain.

Travel-junkies will want to pay homage to the North Pole Expedition Museum, dedicated to the most intrepid spirits among us. Don't miss Magdalenefjord, an Arctic oasis where turquoise waters are overlooked by glacial mountains. Back in the 17th century, this serene and silent destination was a center for Dutch whaling. At Graveneset, you can still see stoves where they used to boil the blubber.

Its impossible to embark on any serious voyage to Norway's Viking hotspots without first stopping off at Oslo's Vikingskipshuset. Over a thousand years ago, Vikings made the ships on display here the centerpiece for the burials of their most important chiefs. Together with the ships and chieftans themselves, buried items include food, drink, jewelry, and even servants and animals. The museum's three ships were uncovered in Oslofjord in the late 19th century, and have been restored to their former (spectacular) glory.

There are plenty more Viking marvels to ponder over in Norway, however. Odin worshippers can bend their steps towards the Lofotr Museum in the dazzlingly beautiful Lofoten Islands. Here, you are invited into the original home of an Iron age Viking chieftan. Stop off in Stavanger to see the towering Three Swords in Stone monument. It is dedicated to the momentous Battle of Hafrsfjord back in 872, which united Norway's three regions into one kingdom.

Visit Scandinavia's largest Viking graveyard in Borrehaugene, which is reputedly inhabited by elves. Kaupang was Norway's first city, established in CE 800, and it's still visible today. At Lillesand, you can spend the day in a recreated Viking settlement, while the remarkable Kvernes Kirkeomrade in Averoy holds treasures that span four thousand years of Norwegian history. So, duly prepared, go forth and explore Norway in the spirit of Viking adventure.