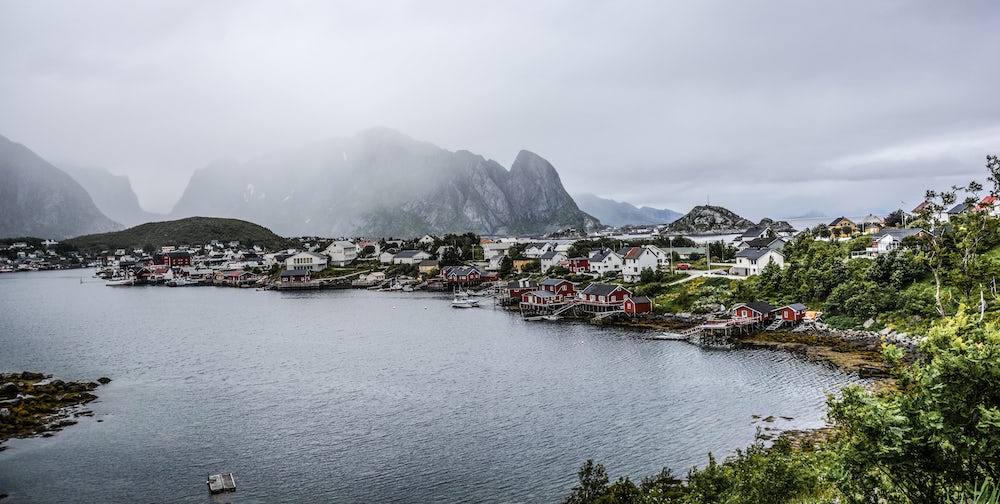 5 Reasons You Should Visit Norway, the Happiest Country in the World

Norway is a beautiful country that has something for everybody, all year round. From the aurora borealis, to national parks and charming cities, you'll most certainly find something that rocks your boat in Norway! So here are the reasons why Norway should be your next stop!

It's a common misunderstanding that Norway is a destination that offers a lot for outdoor freaks but not that much for the rest of us. It doesn't matter if you're not that much of a nature lover, you will still enjoy waking up in one of the freshest types of air in the world, stare at Edvard Munch’s “The Scream” all day, explore the Oslo opera house, eat freshly caught cod in a Michelin star restaurant and enjoy the wonders that Norwegian urban life has to offer.

Having said all that, here are 5 reasons for why you should visit Norway as fast as your agenda allows it! 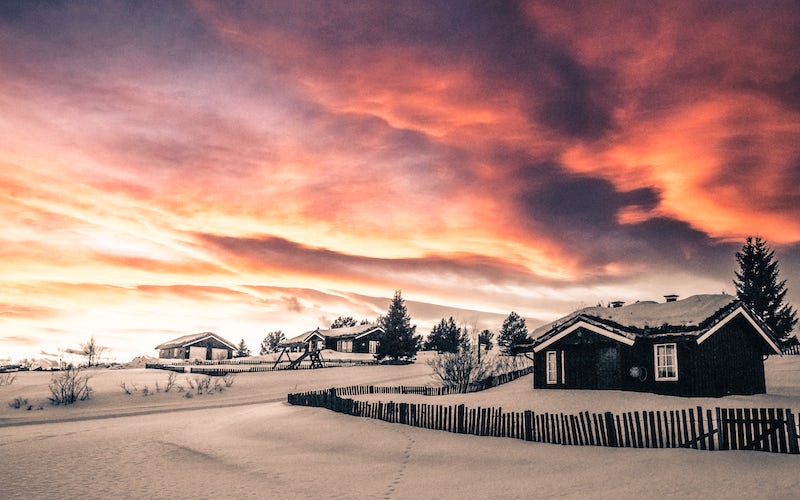 There's obviously no midnight sun during the winter, but you'll still be able to witness amazing colours. Photo: Pexel/Roland Juhász.

Often people express interest in spending their holiday in Norway but say that it’s too cold. Even though Norway might be in the far North, thanks to the Gulfstream almost the entire Westcoast of Norway has temperatures similar to many other countries in Central Europe. Of course from the moment you end up going further inland colder temperatures can be experienced but they often don’t feel as cold as you might expect.

Others may think it's too dark. In winter season that might be true in some places. However, in some places like Tromsø, you'll experience two whole months where the sun doesn’t even set at all. This phenomenon is called the Midnight Sun and will offer you endless energy for the whole summer. From the moment you cross the Arctic Circle you will find yourself in a place where the sun doesn’t set for at least one night. The further North you go, the more days of Midnight Sun you have.

One might think that the endless hours of darkness during the wintertime would make the population depress, but apparently that is not the case. Norway has repeatedly topped the Happiness Index, which rankes the countries of the world by the happiness of their inhabitants. 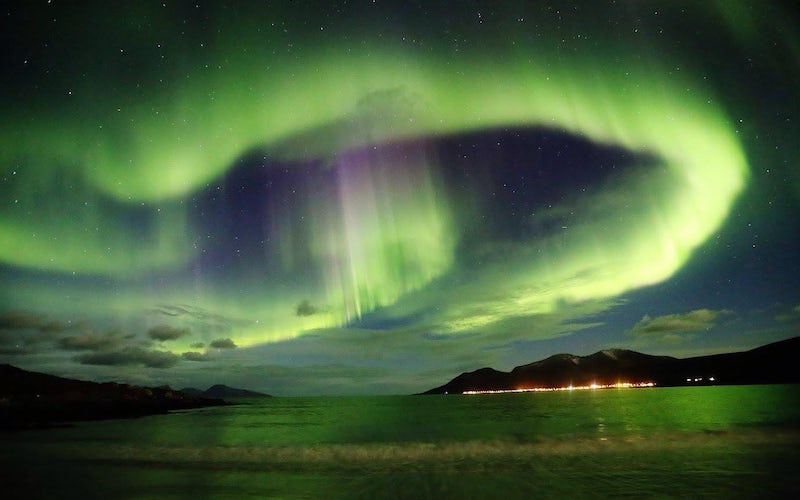 Of course, when the Midnight Sun period is over, it means that the days get shorter again. This is probably the time that people who don’t like darkness head back from the north of Norway to more southern areas for a while and look forward to some more adventures. However, for the people who don’t mind darkness, nature has another breathtaking spectacle in store for you; the aurora borealis.

In my opinion the absolute most gorgeous natural phenomenon I have ever seen! There chance to see the northern lights is higher in the northern parts of Norway, such as Tromsø and the Lofoten Islands, and they cannot be seen during the summer time (due to the midnight sun).

Read more: Northern Lights in Norway: Everything you Need to Know 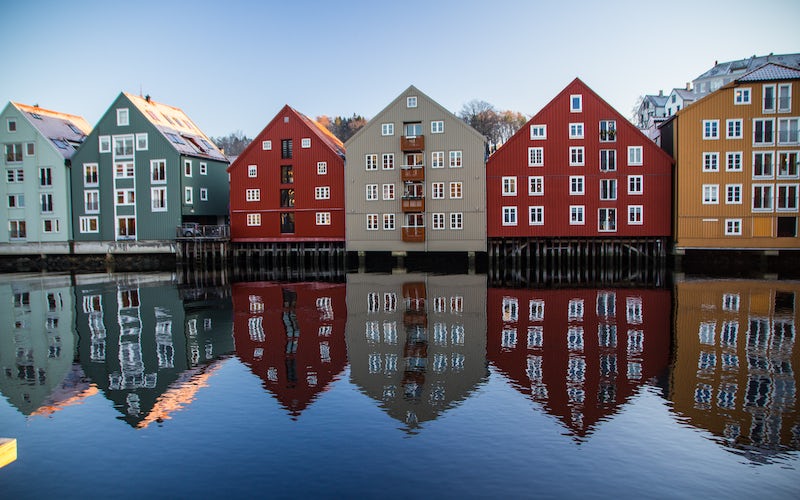 When it comes to architectural beauty, traditional handcraft, historical recitals or cultural variety you will find plenty in numerous places around Norway. Take for example the city of Trondheim which is already older than a 1000 years or the city of Ålesund that burnt down completely in 1904 and rose back from the ashes in a complete Art Nouveau style.

For the people who are inspired by Munch’s work it is probably best to visit Oslo. Not only will art lovers find a whole museum dedicated to his paintings. There are also many other iconic places to be discovered around the city like the Viking ship museum, Vigeland Sculpture Park (which is the largest sculpture park in the world), the Norwegian National Opera & Ballet, amongst other famous attractions. 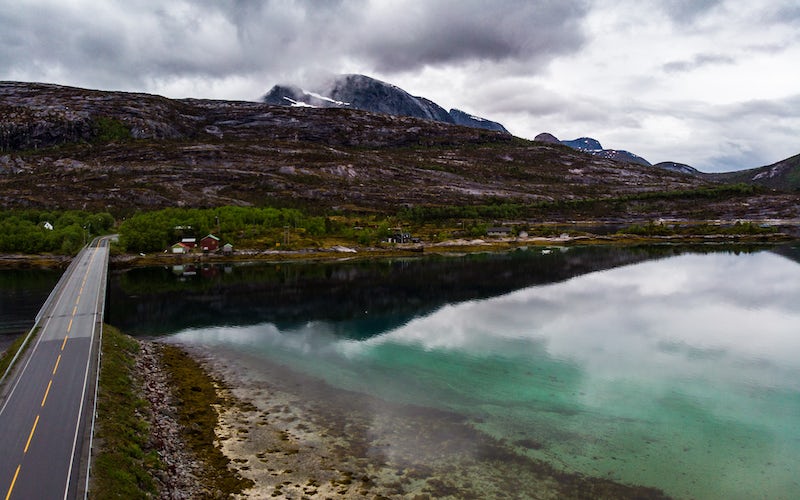 It is not a rarity to see nobody in the road and drive all by yourself. Photo: PicturingWorlds.

For people who love to drive, don’t think twice! Not only will you be able to drive through the most scenic places, along the most epic sceneries, but it's also surprisingly calm. When one tries to teach primary school children the definition of silence, one should come to Norway. That is if you can get the children quiet of course.

When driving through Norway it won’t be a rarity to not come across anyone else for a while, except for the occasional sheep or reindeer crossing the street.

5. You can go skiing all year round 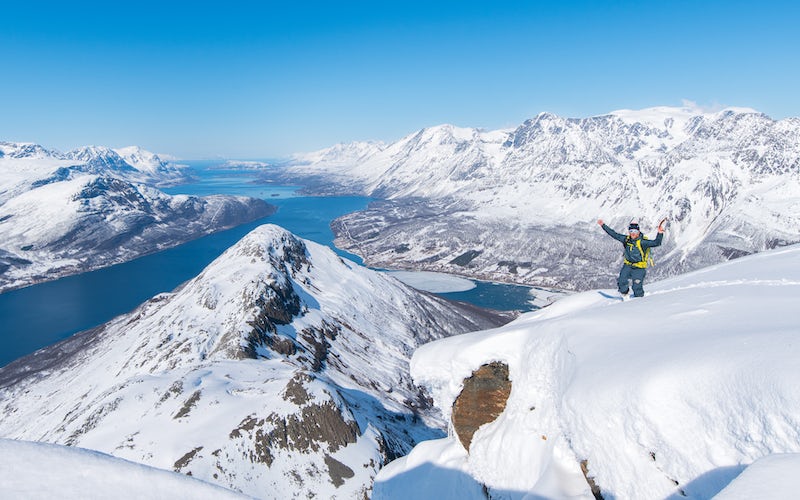 We cannot forget about the endless outdoor activities Norway has to offer after all. Norway doesn't just offer amazing hikes, it's also offers you the opportunity to do winter sports all year round. Seen that the country is located much further North than for example the Austrian Alps, winters tend to be longer. You can for example go ski touring as late as the beginning of June.

On top of that there are also ski resorts to be found that only open in summer. One of the reasons why iis that they actually get too much snow during the winter season. Resorts like Stryn, Juvass, and Folgefonna will have your back throughout the warm summer times in other places around the world!

These 5 reasons are just the tip of the iceberg – there are dozens of reasons to pay this splendid country a visit. Exploring the stave churches, learning about viking culture, visiting  the fish market, gazing at waterfalls, spotting polar bears and staying at ice hotels are also things that make Norway an awesome destination for adventurers and urban explorers alike.

5 Things You Should Know before Visiting Norway
Story