Visit Nicaragua and be captivated by a country whose cultural diversity is marked in the people, the food and the lifestyle. Be embraced by warm beaches, tropical climates and volcanic landscapes.

The best travel recommendations come from locals. Check out these Wonderguides from Nicaragua by locals sharing their travel tips and hidden gems.

Things to do in Nicaragua

My favorite places in Nicaragua

Nicaragua in a nutshell

Nicaragua is a Central American country with two coastlines, a Carribean Sea one and a Pacific Ocean one. The country borders Costa Rica in the South and Honduras in the North.

A vast population of wildlife exists in the country, from jaguars to monkeys and more. Lake Managua, although a lake, is known for its population of bull sharks that enter through Rio San Juan from the ocean.

Nicaragua was ruled by Spain for a few centuries until it became part of the Mexican empire, and then the nation joined forces with nearby countries. It wasn’t until 1838 that the country became completely independent.

Why is Nicaragua so popular to visit?

A bit more off the beaten path, Nicaragua is the perfect alternative to other Central American countries. Not to mention, it’s a budget-friendly destination so backpackers and people looking to save a few bucks love it. Travelers love it here because it’s not a place where you’re going to run into hordes of tourists, which makes it the perfect country for learning Spanish and soaking in the local culture. Many visitors even choose to do homestays which include food and board and the chance to learn Spanish in a natural environment.

Things to do in Nicaragua

Granada is a city that is characterized by its Spanish colonial style landmarks. The city is ideal for wandering and admiring the many colorful houses and buildings. It also sits on Lake Nicaragua, which is another spot worth checking out. Here you can find Ometepe Island, simply look for the two twin volcanoes and you’ll know you’re in the right place. The island is known for its population of white-faced capuchin monkeys, natural swimming lagoons and hiking. Cerro Negro is an active volcano that attracts tourists for volcano boarding. If it’s a relaxing beach vacation you’re after, look no further than Corn Islands, a set of Nicaraguan islands in the Caribbean Sea.

Nicaragua has a rainy season that typically lasts from May to October. From October to November is the country’s hurricane season. It’s best to avoid the country during these months. Peak season begins in December and lasts until April, right before the start of the rainy season. The weather countrywide is warm and tropical year-round, but certain months will be wetter than others. 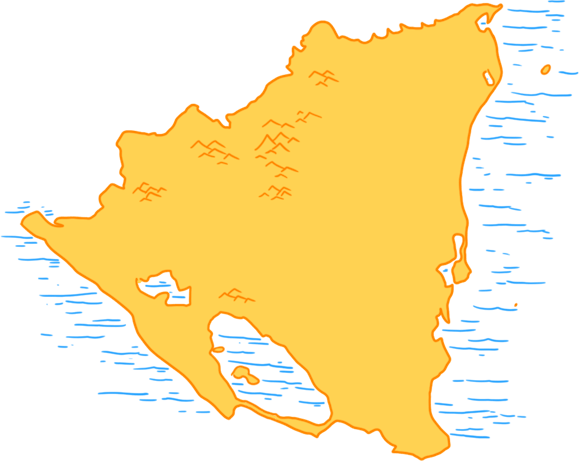