The Top 10 Attractions in Morocco

The North African country of Morocco is a must-see destination of epic diversity. Here you will find scorching desert landscapes, snow-dusted peaks, ancient cities, heaving souks and gorgeous beaches. It is a place brimming with excitement, mystery and adventure. Check out our pick of the top ten attractions in Morocco. 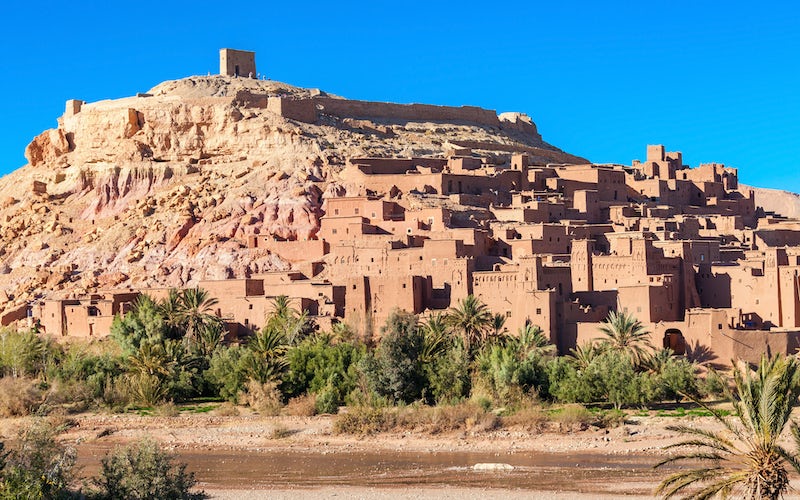 Tour the magnificent Ait Ben Haddou, a stunning ensemble of earthen buildings behind high defensive walls. This UNESCO World Heritage Site is an ancient fortified town in the foothills of the Atlas Mountains nestled alongside an ancient caravan route between Marrakech and the Sahara Desert. It dates back more than 1,000 years although most of the structures are thought to come from the 17th century.

Unsurprisingly, this historical attraction has served as a picturesque backdrop for numerous films and television blockbusters including Gladiator, Lawrence of Arabia, The Mummy, Alexander and Game of Thrones.

Wander around the site which is still home to a handful of families and includes a mosque, a public square and two cemeteries. Climb to the fortified hilltop granary above the town for stellar views in all directions.

2. Embark on a Hiking or Driving Expedition in the Dades Valley 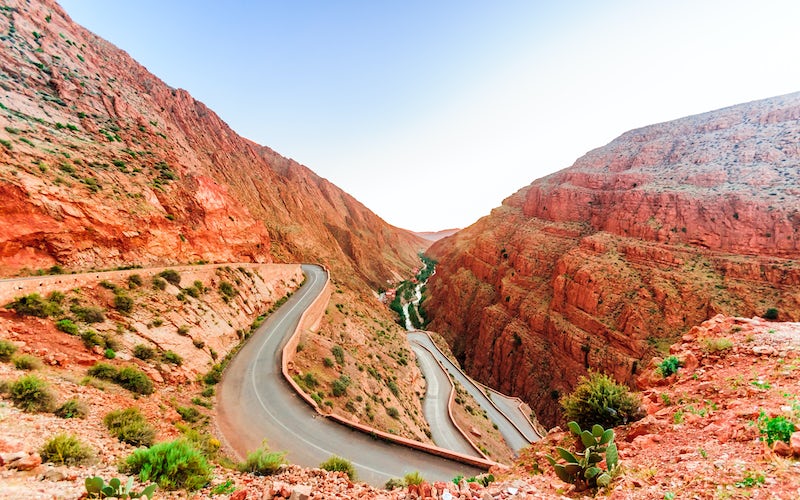 A zigzag road in the Dades Valley. Canva/StreetFlash.

With dramatic red-rock landscapes, sprawling agricultural lands, ancient Kasbah ruins and deep gorges, the Dades Valley is one of the most beautiful places in the county. This remarkable mountain valley starts in the heart of the High Atlas Mountains and extends to the mountains of the Jebel Sahro in the south. Go on a guided trekking tour up to rugged peaks and drive along the zigzag road that snakes the edge of Dades Gorge.

Other highlights include El Kelaa M'Gouna village in the centre of the country’s rose-growing region and Azlag village which is known for the craftsmanship that goes into its finely-worked daggers.

3. Camp Out at Erg Chebbi 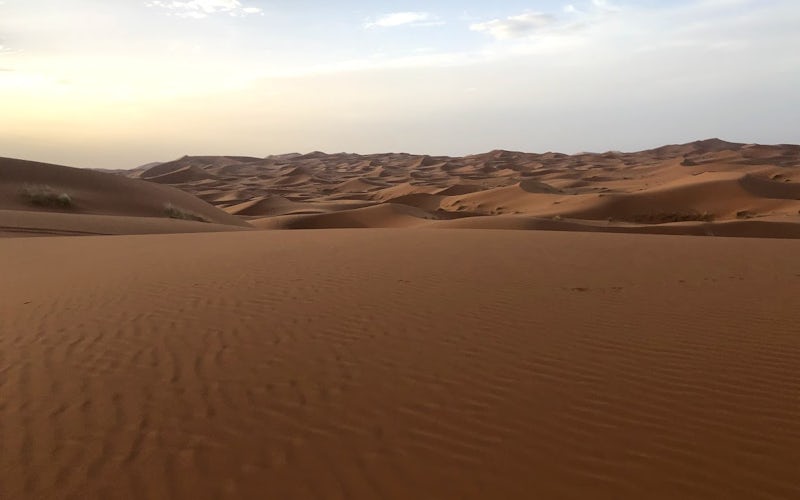 Quite simply Erg Chebbi is a breathtaking sight, a part of the Sahara Desert that has some of the highest sand dunes in Morocco, rising up to a height of 100 metres (328 feet) and more in places. When you picture a classic sand desert in your mind's eye this is what you imagine, a sea of undulating dunes that stretch out into the distance.

Explore the desolate red-orange landscape on a guided hike or camel trek and stay overnight in a camp beneath the dunes. Be sure to have your camera ready for the incredible sunrises and sunsets and try and spot some of the desert fauna during your travels across the sand. By day you may catch sight of various reptiles while nighttime presents opportunities to see desert hedgehogs and desert foxes. 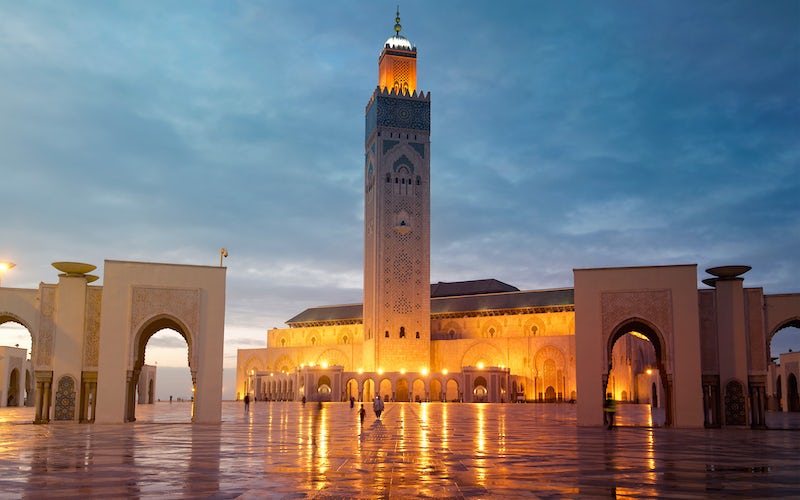 The mosque is open to non-Muslim visitors. Canva/AlexeyPnferov.

The Hassan II Mosque in Casablanca is an awe-inspiring site, a showcase of Moroccan artisanship sitting on a promontory that juts out into the Atlantic Ocean.

This religious and cultural complex is one of the largest mosques in the world and can accommodate up to 25,000 worshippers at once. It has a minaret that soars 210 metres (689 feet) into the sky and is one of the few mosques in Morocco that can be visited by non-Muslims.

Go on one of the guided tours of the interior which are conducted in several languages including English and are held outside of prayer times. Among the highlights are the central hall with its domes, chandeliers, elaborate woodcarvings and stucco work. Remember to dress modestly which means having knees and shoulders covered. You will also be asked to remove your shoes before entering the holy site.

5. Chill Out at Casablanca's Corniche 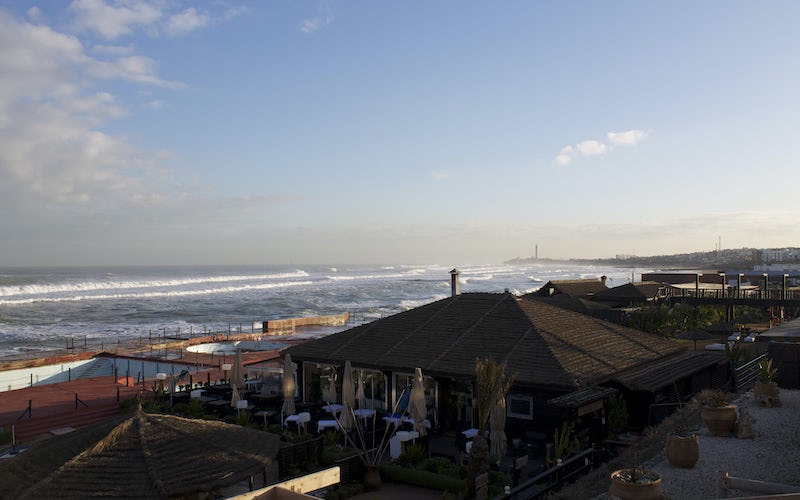 Unwind in upscale beach clubs, thrill to water sports and work on your tan on the golden sands of the beaches fronting the Corniche in Casablanca. This palm tree-lined promenade running along the city’s Atlantic coastline is one of its most popular and picturesque parts. While you are in the neighbourhood, enjoy a pleasant stroll along the boulevard and from it take in excellent views of the sea and the Hassan II Mosque.

Stop for mint tea and other refreshments in the bars or restaurants and catch a movie in one of the cinemas. Come back to the Corniche once the sun has gone down to sip cocktails on sea-facing terraces and party in trendy nightclubs.

6. Shop and Sightsee in Marrakech’s Medina 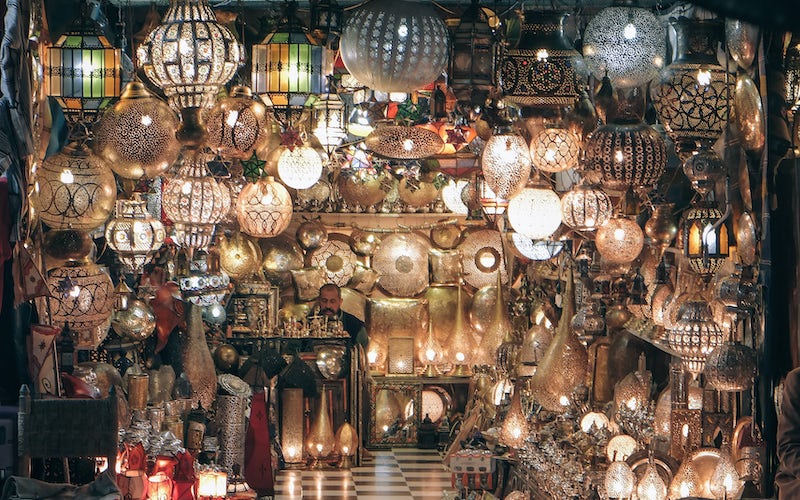 The medina of Marrakech is the city's old quarter, a walled district of ancient alleys and streets, historical buildings and souks that is ripe for exploration. Browse market stalls, see snake charmers and tuck into delicious street food at Djemaa el-Fnaa, the main square. Haggle hard in the heaving and colourful souks that sell everything from spices, olives and silks to leather goods, antiques and cheap souvenirs.

Visit landmark buildings and monuments that dot the neighbourhood including Bahia Palace, Koutoubia Mosque and the Saadian Tombs. This lavishly decorated complex of mausoleums is the final resting place of key figures from the Saudi Dynasty that ruled the country from 1549 until 1659. With so much to see, do and experience give yourself at least a couple of days to enjoy the sights. 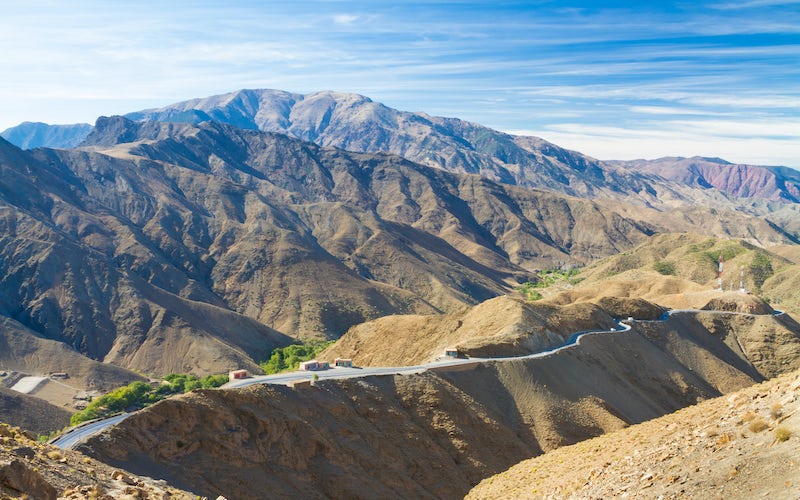 Go with professional guides to help you navigate the canyons, peaks and valleys. Head to Toubkal National Park in the High Atlas region, a short distance south of Marrakech. This is home to Mount Toubkal, the tallest peak in North Africa with a cloud-piercing height of 4,167 metres (13,671 feet).

If summits and strenuous hikes are not your things, enjoy gentler walks, stay in beautiful Kasbahs or embark on a day trip to visit traditional Berber villages. Other popular Atlas Mountain activities include cycling, camping on plateaus, wildlife spotting and canyoning down waterfalls.

8. Venture into the Subterranean World of the Caves of Hercules 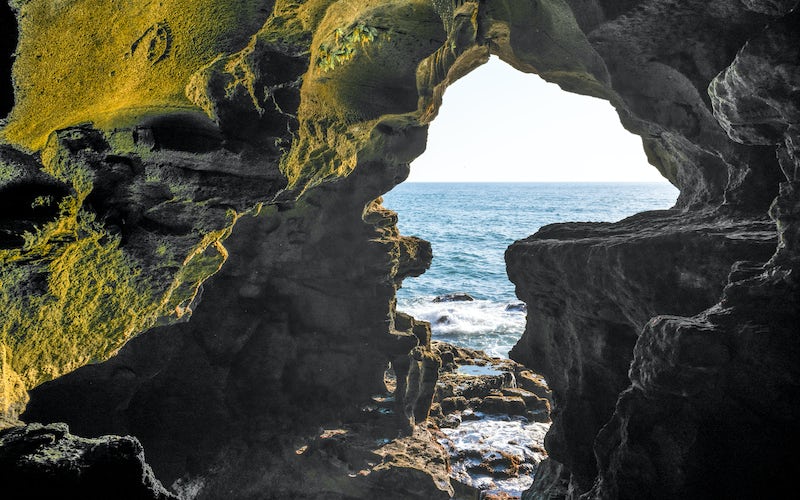 Step into the hollowed-out chambers of the Caves of Hercules, an archaeological cave complex that was inhabited during prehistoric times. According to legend, the Roman god Hercules slept here before performing one of the labours that the King of Tiryns had given him.

As you make your way through the damp and dimly-lit caverns note the disc-shaped erosions on the walls. They were created by centuries of quarrying for millstones that were used to grind wheat. Among the other highlights is the cave opening that faces the sea which is known as the map of Africa for its resemblance to the shape of the African continent.

The Caves of Hercules are located just outside the city of Tangiers and close to the summer palace of the King of Morocco.

9. Travel Back in Time at the Chellah Roman Ruins 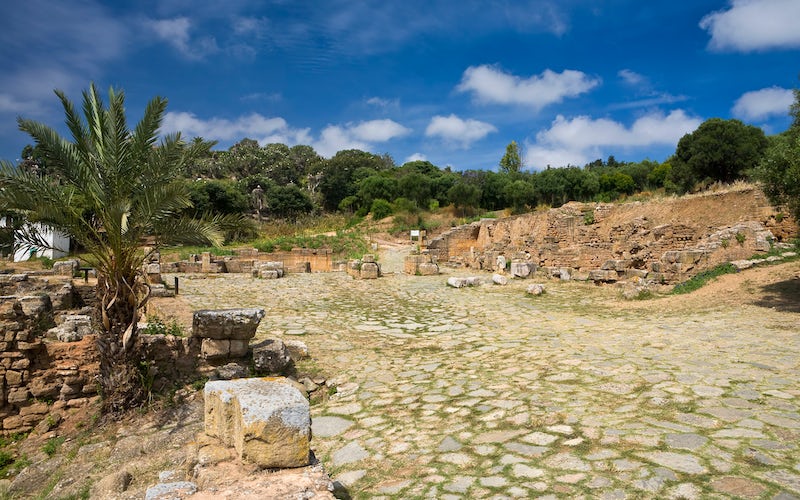 Just outside of Rabat, the nation's capital is the old Roman town of Sala Colonial. This ancient site on the banks of the Bou Regreg River is a Roman ruin and a Muslim necropolis. Venture beyond the red stone walls to explore a sprawling site that features the excavated remains of a Roman bath, temple and forum. The area is also peppered with numerous marble columns and statues bearing inscriptions in Latin.

The Romans lost control of the town in the middle of the third century, and it was abandoned in 1154. The Almohad dynasty then used the site as royal burial grounds during the 12th and 13th centuries and in the 14th century, it became a holy necropolis, or chellah. During your visit, you will also come across the crumbling ruins of mosques and mausoleums that are overgrown with flowers and olive and bamboo trees.

10. Enjoy a Day Out at the Ouzoud Falls 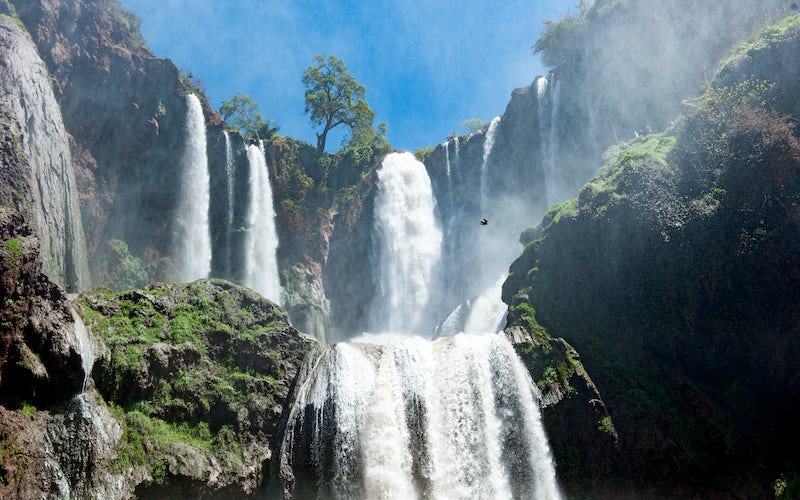 Look on in wide-eyed wonder at the spectacular Ouzoud Falls, the collective name for a series of powerful cascades that tumble into the El-Abid River. With a drop of 110 metres (361 feet), these are the highest waterfalls in Morocco.

Once you are at the site, follow the path that leads down to the base of the falls where there is a collection of cafés and restaurants. If you’re feeling energetic, hike along paths that lead up to the top of this magnificent natural spectacle.

Things to do in Morocco
Wonderguide

Agadir: Tips and Recommendations from a Local
Wonderguide

8 Amazing Things to Do in Marrakech
Story

Private Ait Ben Haddou With Road Of The Kasbahs
Experience·$284