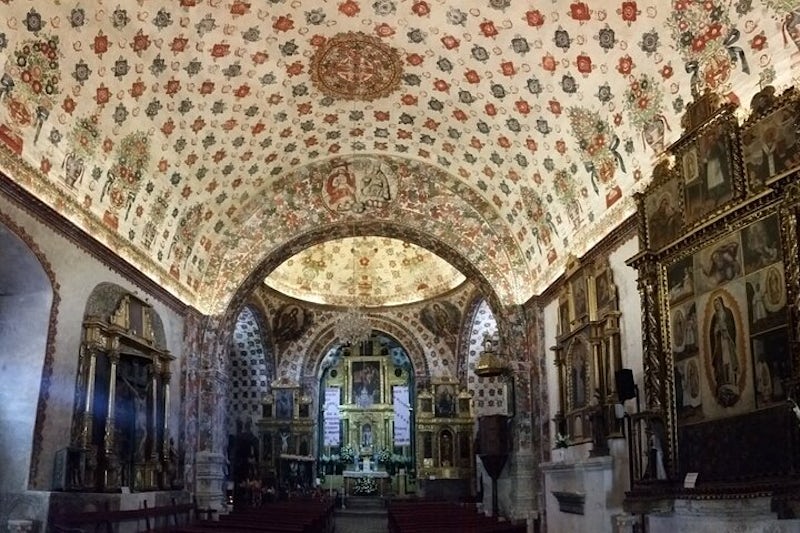 You will witness the wonderful construction of the seventeenth century, built by the Dominican Friars, in San Jerónimo Tlacochahuaya, where its kinship altars stand out with images of the Virgin of the Rosary, the Diseding, Mary, the Child and the Arcangel Gabriel. One of the most beautiful pictorial works is that of Saint Jerome of the indigenous painter Juan de Arrué, who is said to be his famous work.
We visited the Archaeological Zone of Yagul, a city that flourished as an urban center after the dean of Monte Albán (800 years d.c.).
Later after a short abandonment, Yagul resurfaced to become a city-state, in the Oaxaca Valley, which prevailed until shortly before the arrival of the Spanish conquistadors.
In the end we visited Tlacolula, where we will walk through one of the most traditional tianguis in the country, one of the most complete and colorful in Oaxaca. This fascinating place is set on Sundays on the main street of the village.