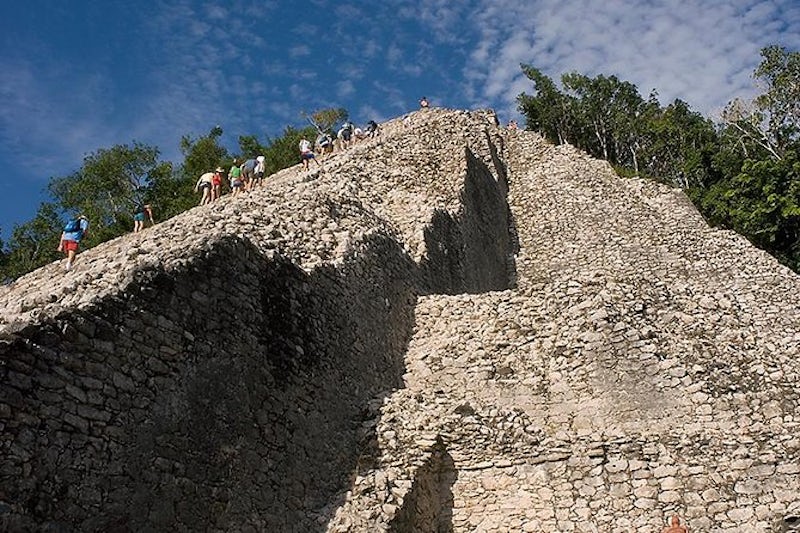 Enjoy a full-day tour exploring some of the most amazing inland attractions in Tulum. Visit Punta Laguna, is a nature reserve managed and protected by a Mayan community that offers eco-touristic activities in a very diverse and beautiful setting of mature

After hotel pickup in Tulum, head to Punta Laguna. Here, the community has wisely decided to participate in eco-tourism by promoting activities which are aimed towards the preservation of their culture and the land. You will enjoy the marvelous natural environment of this area as you hike the jungle, zipline and canoe down crystal clear waters. See the impressive lagoons, a cenote and a semi-deciduous jungle with trees of up to 100 feet. You'll also see and learn about the extraordinary bio-diversity of flora (over 300 species) and fauna (potential habitat for over 300 species of birds and many other species with a special protection status such as the Jaguar, Puma, Ocelot, Collared Peccary, White-tailed Deer, Red-brocket Deer, Agouti and many more).
Then, you'll head to Coba Ruins and enjoy a tour to explore this historical place. The early settlers of Cobá took advantage of a series of small lagoons to found their city; which was possibly the largest pre-Hispanic settlement of the Classic period in northern Yucatán. Learn how Cobá
flourished between 300-1000 AD, and see the five main architectural groups distributed around the lakes and connected by an impressive road network of sacbeoob (ancient causeways). See the temple known as Nohoch Mul which is about 42 meters tall (138 ft). Climb to the top and see the jungle like a green carpet covering an ancient city of 72 square kilometers (45 square miles). You'll also get to bike here before the tour is over.
After a great day of exploration, you'll be dropped-off back at your hotel.