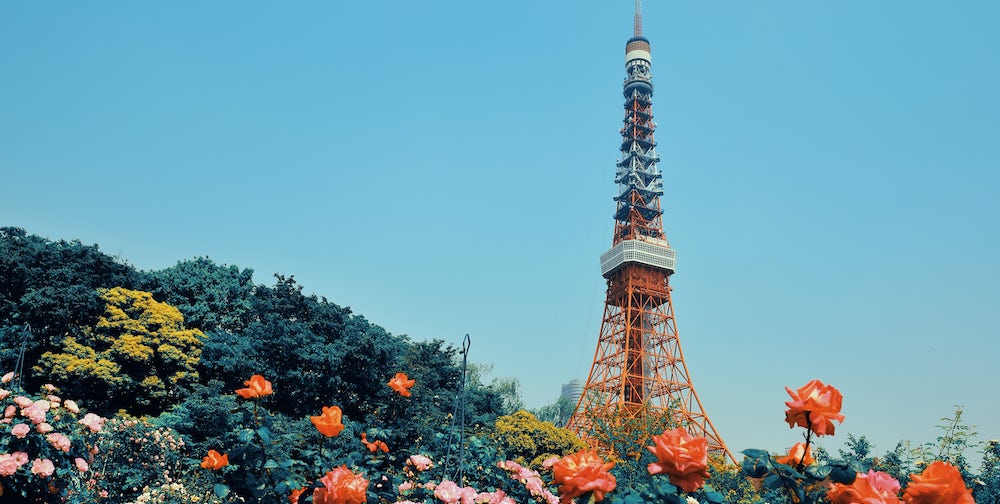 What Is the Best Time of Year to Travel to Tokyo?

Due to its temperate climate, the Japanese capital is a year-round destination, but certain times may suit you better than others. Here's a handy guide to help you discover the best time of year for you to travel to Tokyo.

When travelling, there is a lot to think about and plan such as the places you want to visit, the things you need to bring with you, how much you can afford to spend and when you want to leave.

The best time to visit Tokyo depends entirely on what you would like to see and do, and the type of travel experiences you want. So let's start with the wonderful Sakura (cherry blossom) season. 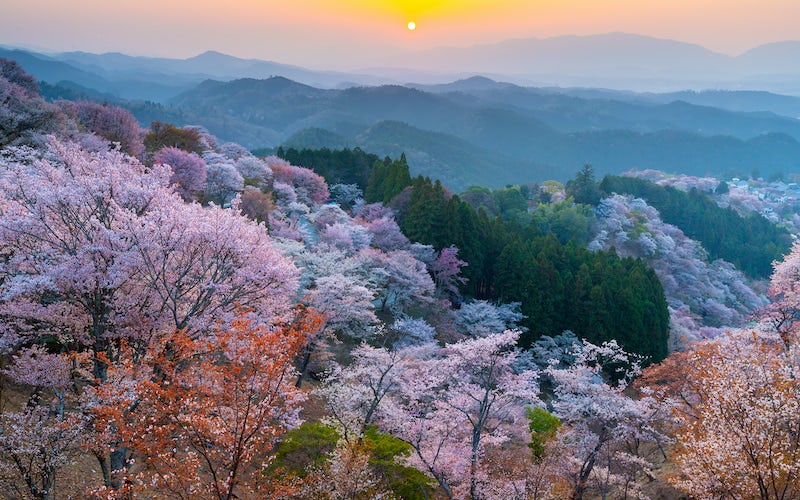 Japan loves cherry blossoms, so much show that there are blogs, talk shows and festivals dedicated to the trees as they go into bloom across the country. They only bloom for a very short period, and typically cherry blossom season in Tokyo starts in the last week of March and the first week of April.

They start blooming around March 25th and tend to hit full bloom on April 2nd. However, these dates should only be taken as an average because they can bloom a few days or a week earlier or later. When they are open, it's a joyous sight to behold. Among the best places to see cherry blossoms in Tokyo are: 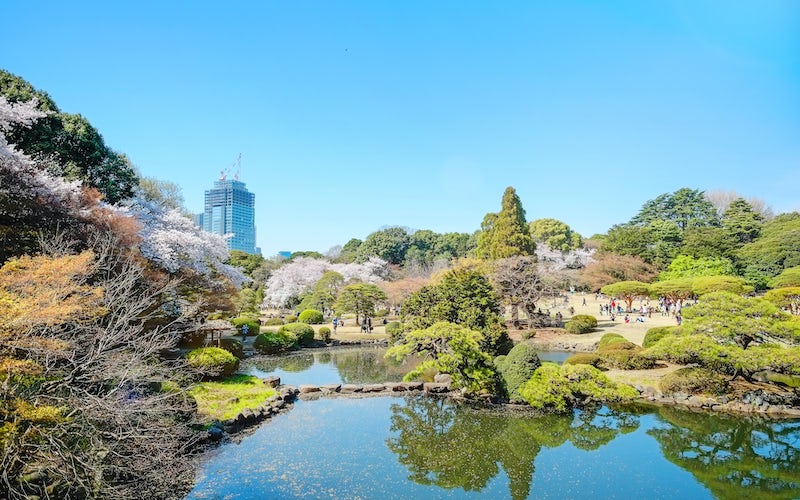 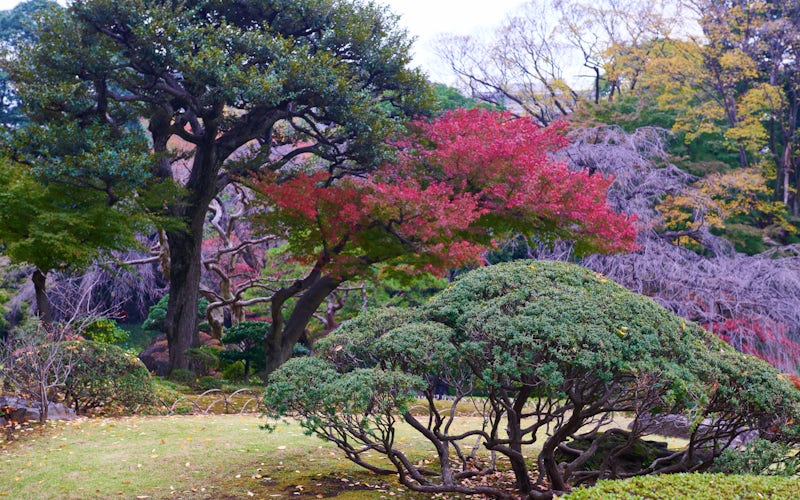 An amazing colour palette at the Koishikawa Korakuen Gardens. Canva/para827.

If you want to let your hair down and participate in vibrant and colourful celebrations coincide your Tokyo trip with one of the city's major happenings. There are many throughout the year and among the most popular are:

Other cultural happenings you might want to mark down on your travel itinerary are:

Best Time To Shop for Bargains 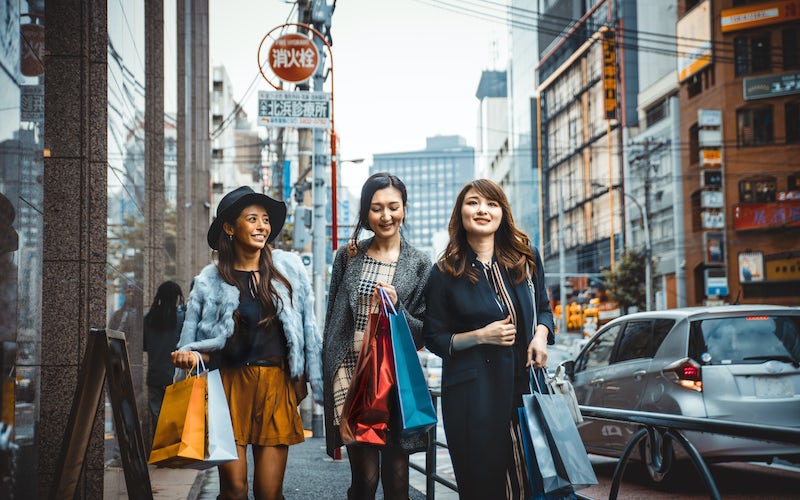 Tokyo is a superb place to shop. Canva/kato.84.

There are always bargains to be had in any city if you're prepared to look. Having said that bargain hunters are in for a real treat in Tokyo during the winter and summer when stores throw open their doors for their clearance sales.

The winter sales take place during the end of the year/New Year holiday season while the summer sales start at the end of July. There are great deals to be had in big department stores as well as small shops especially if you’re looking to restock your wardrobe. You’ll find up to 50% of some fashionable items of clothing. 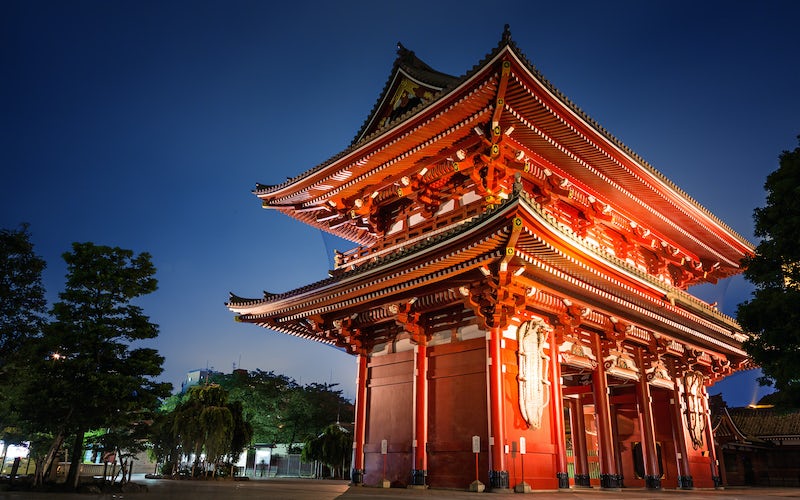 The Kaminarimon Gate of the Sensoji Temple. Canva/janerix.

You can visit Tokyo's shrines, temples, shopping malls and other major attractions at any time of the year. However, March, April, October and November are particularly good months because they’re outside of the rainy season and you'll avoid the extreme heat of the summer. Therefore, you’ll find it very comfortable to move around.

If you don't mind the weather a little on the frosty side come during the winter months of January and February. This is the best time to travel if you want to do so cheaply because it is outside the main tourist season and consequently hotel and flight prices are a little bit cheaper.

There is an added bonus too in that the crowds are smaller. Consequently, you will have more room to move when you visit attractions and you should experience little or no trouble booking a meal at a fancy restaurant.

If you do come in the winter, note that it isn’t too cold for travelling. The average daytime temperature in December is 12°C, while in January and February it’s 10°C.

Best Time for the Slopes 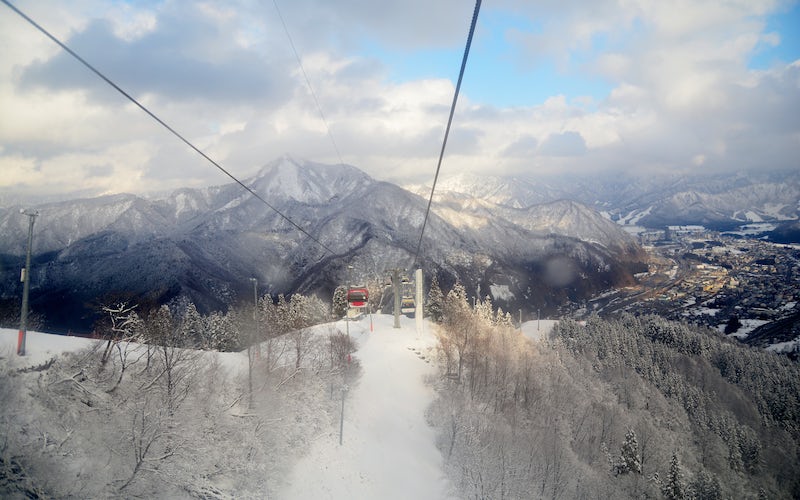 If you want to swoop down slopes that are generously covered in snow the best time to come to Tokyo is during January and February. Although the capital doesn’t have its own ski resorts there are several within a one to two-hour ride on the Shinkansen or bullet train. They include: 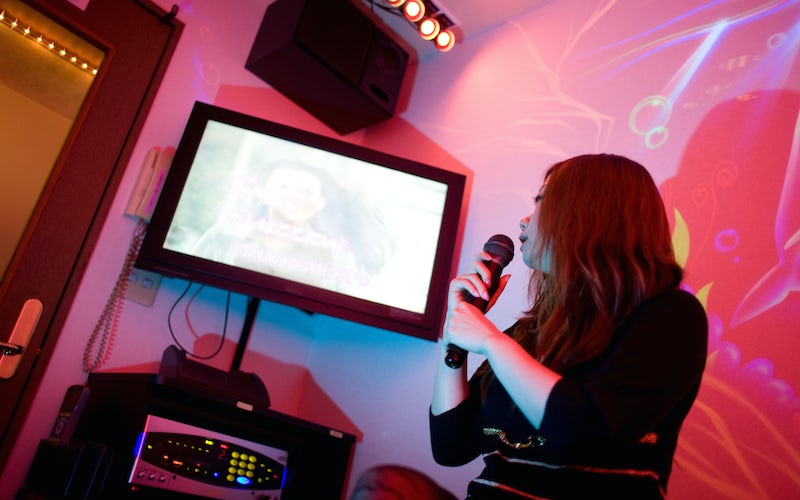 Luckily, every season is Karaoke season in Tokyo! Canva/bbossom.

Any time of the year is a great time to party until dawn because the capital city never sleeps. Among the top nightlife districts for pubs, clubs, bars and restaurants are Shibuya, Ginza and Roppongi.

See also: What to Do and Where to Eat in the Shiga Prefecture

If you can, it may be a good idea to avoid Tokyo during the peak summer season. June ushers in high heat and humidity and along with it the rainy season which lasts for about six weeks.  The hot and sticky weather continues into July and so does the rain. During some days you may experience an intense downpour while on others just occasional sprinkles. 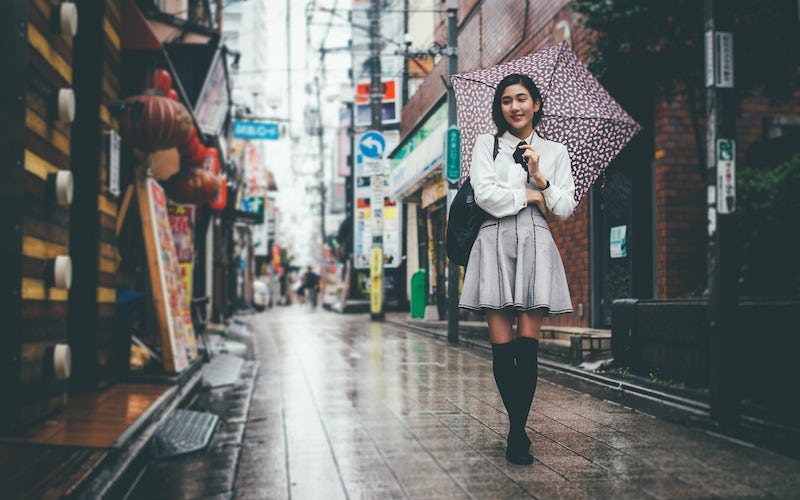 The rainy season usually lasts from May to July. Canva/kato.84.

August is the hottest month with the average daytime temperature hitting 29°C. The high heat and humidity can be unbearable if you are not used to them. The crowds are also at their densest as students are on vacation and many adults take their annual break at this time of year.

However, if you are a mountain climber, the summer is the best time of year to come to Tokyo. The official Mount Fuji climbing season is from July through to mid-September. 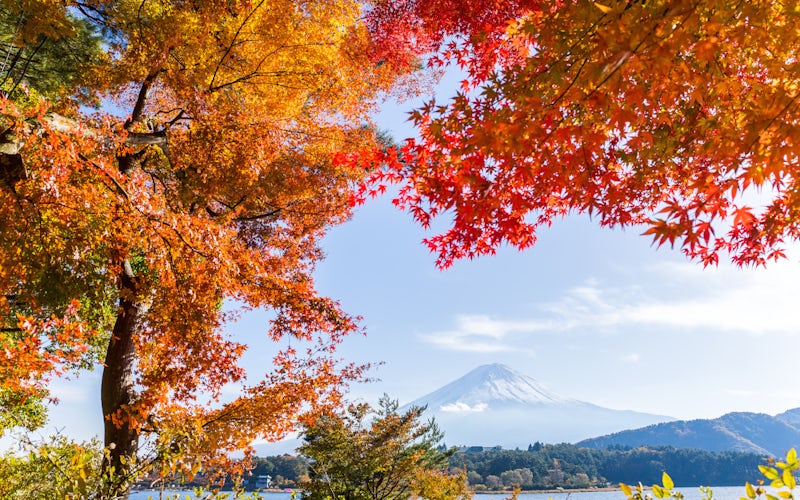 The city's cherry blossoms are truly awe-inspiring, but nature puts on another spectacular show between mid-October and mid-December with the fall foliage providing Tokyo with a beautiful backdrop of colourful leaves.

The leaves start to change colour in October, peaking sometime around mid-November. In some areas, the trees keep hold of their coloured leaves until the middle of December. Among the best places to see Tokyo's fall foliage are: 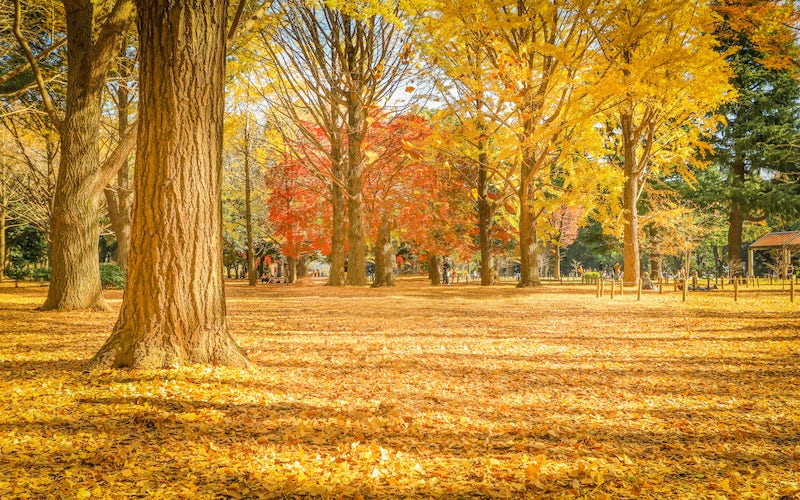 With beautiful weather, festivals every month, gorgeous natural scenery and captivating history, the best time to go to the Japanese capital is, well, any time. Personal preference will play the biggest part in your decision. So investigate the calendar, draw up a list of the things you want to do and see and then book your tickets. Happy holidays!