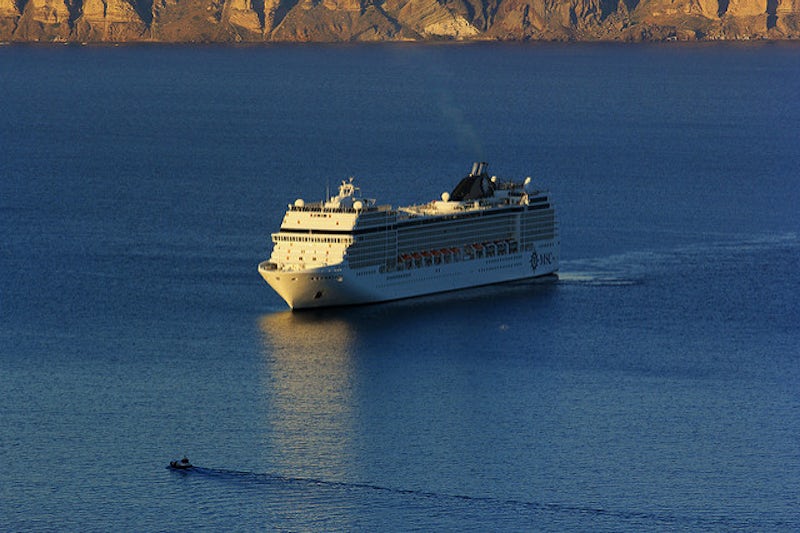 Make the most of your stop at Civitavecchia by taking this full-day tour of Rome. See the Pantheon, the Coliseum, the Vatican and the Spanish Steps, among much more, and then sit down for a lavish Italian lunch.
Our driver will pick you up at the dock of Civitavecchia port and you will reach Rome in about one hour, comfortably seated on our luxurious Mercedes.
Your first stop will be St Peter’s Square, where the famous St Peter's Basilica is located, the world’s largest church and papal enclave inside Rome. Along the way our tour assistant will tell you some information about the history of the Square, the Basilica and the Vatican city, leading you through Rome’s ancient streets.
Then our driver will take you to Piazza di Spagna, at the base of the Spanish Steps. The 135 steps linked the historic Bourbon Spanish Embassy with the Trinità dei Monti church at the summit. Designed by the architects Francesco de Sanctis and Alessandro Specchi, the Piazza di Spagna includes the interesting Fontana della Barcaccia, a Baroque fountain in the shape of a half-sunken ship.
Continue to the Trevi district to see Rome’s most famous fountain. Set against the Palazzo Poli, the Trevi Fountain attracts many tourists every day who throw a coin in the water to ensure that one day they will return to Rome. Walk on to the Pantheon, dedicated to the Olympian gods and one of the best preserved monuments of Ancient Rome.
Next, enter the heart of public life in the Roman Republic at the Imperial Forum. Learn how it developed over the centuries at the ruins of temples and markets that cover every period from the Roman Kingdom to the Middle Ages. The tour assistant will point out the main monuments, such as the Tabularium, Temple of Concord and Saturn, and the Basilica of Maxentius.
Your last stop will be Coliseum, the greatest arena of the Roman Republic and the largest amphitheatre ever built. It takes its name from the nearby statue of Emperor Nero, and reveals more than 2,000 years of ancient history.
At the end of your tour, you will be driven back to Civitavecchia port.