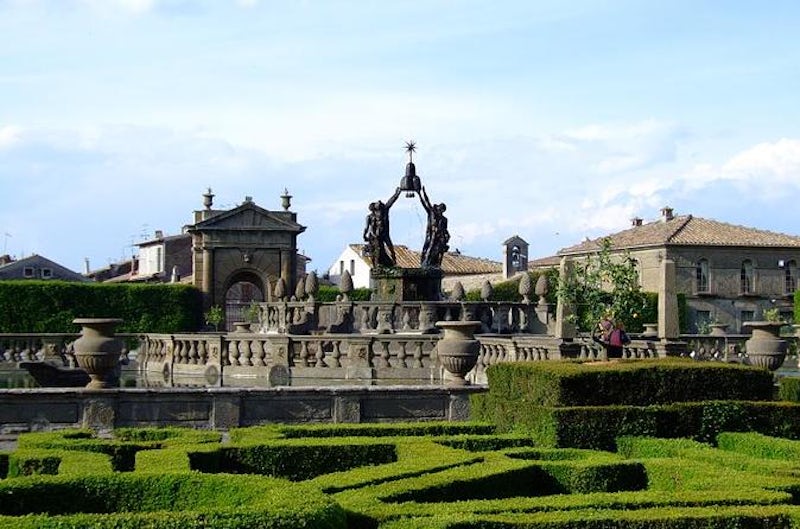 Shore Excursion From Civitavecchia Port To Viterbo And Its Villas

Visit two of the most beautiful towns in the Tuscia area and taste a typical Italian lunch. Come to see Villa Lante and Villa Farnese in Viterbo. Admire the medieval city and its testimonies of the past.

You will admire the picturesque medieval historical center of Viterbo, and its nearby Villas: Villa Lante and Farnese Palace in Caprarola.
Viterbo, known also as the Papal City, is famous for its 12th century Cathedral and San Pellegrino area, the oldest and best preserved quarter of the town, with its medieval houses and towers, arches, arrow streets running between little piazzas decorated with fountains. Then we’ll move to Villa Lante to admire its amazing gardens and Palazzo Farnese in Caprarola, enriched with stunning frescoes.
Lante residence is split into two small twin buildings (even if built at different times) symmetrical with respect to the central axis of the garden that dominates the entire composition through the water path. The Garden of Villa Lante is thus an enchanted place created and wanted by a powerful cardinal in the name of the supremacy of man over nature.
Palazzo Farnese is a majestic sixteenth-century used like a residence from Alessandro Farnese, nephew of Pope Paul III.

After the visits, you will back in Civitavecchia to get on board in time.