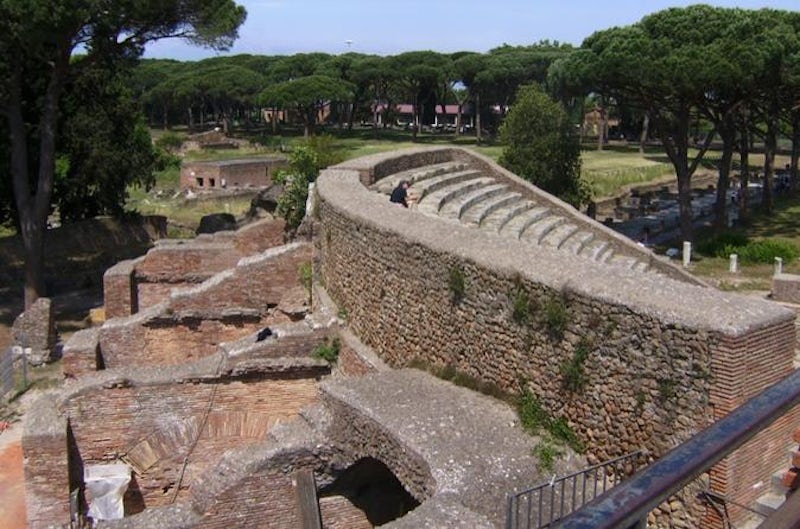 Visit one of the first inhabited settlements in Rome. Enjoy a guided tour in the park of Ostia ruins with a driver that will pick you up and drop you off in the Civitavecchia Cruiser terminal.

Your English-speaking tour driver will meet you at the dock beside your ship at 8:00am and transfer you directly to Ostia Antica, one of the most important examples of an authentic ancient “Roman City.” Ostia Antica, Rome’s ancient seaport, was a flourishing commercial center inhabited by over 100,000 people, whose apartment buildings, taverns, and grocery shops are still intact.
The Park is an open-air museum: its various and extensive archaeological areas show the Roman city of Ostia and what remains of the fortified citadel which had the basic function of the fleets, expanded acquiring importance and prestige, thanks to the commercial activity and the guidance of Augustus.
After the guided tour inside the park, you will be driven to the Civitavecchia cruiser terminal again to continue your cruise.