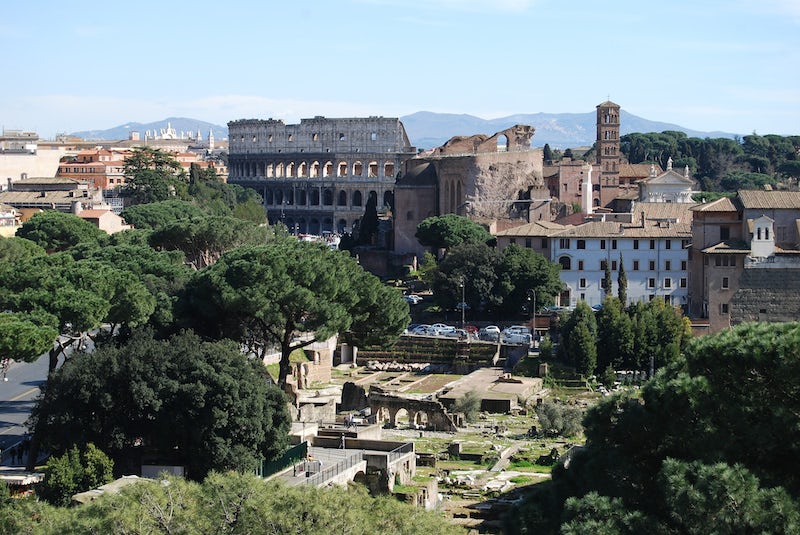 Join our private and exclusive tour to discover the most beautiful attractions in Rome. Led by a professional and licensed guide, our private tour is the best experience you can have in Rome.

The Colosseum, our first stop of the tour, is the symbol of Rome and also the largest ancient amphitheatre ever built. It is still the largest standing amphitheater in the world today, despite its age. During the Roman Empire and under the motto of "Bread and Circuses" the Colosseum allowed more than 50,000 people to enjoy its finest spectacles. The exhibitions of exotic animals, executions of prisoners, recreations of battles and gladiator fights kept the Roman people entertained for years. At present the Colosseum is, along with the Vatican City, Rome's greatest tourist attraction.

After visiting the famous amphitheatre, your private guide will take you to the Palatine Hill, one of the most ancient parts of the city. Rome has its origins on the Palatine. Excavations show that people have lived in the area since the 10th century BC. You will see here ancient monuments like The Palace of Domitian, Houses of Livia and Augustus, House of Tiberius, Cryptoporticus, Domus Flavia, Domus Augustana and other stunning remainings of the ancient times.

Last but not least, you will visit the Roman Forum, a site located in the center of the ancient city of Rome and the location of important religious, political and social activities. Several important buildings, statues and monuments were located in the Forum. Some temples were built to honor men, and others were dedicated to gods or goddesses. Some of the most well-known structures in the Roman Forum include: Senate House, Temple of Saturn, Arch of Titus, Temple of Vesta, The Sacra Via.