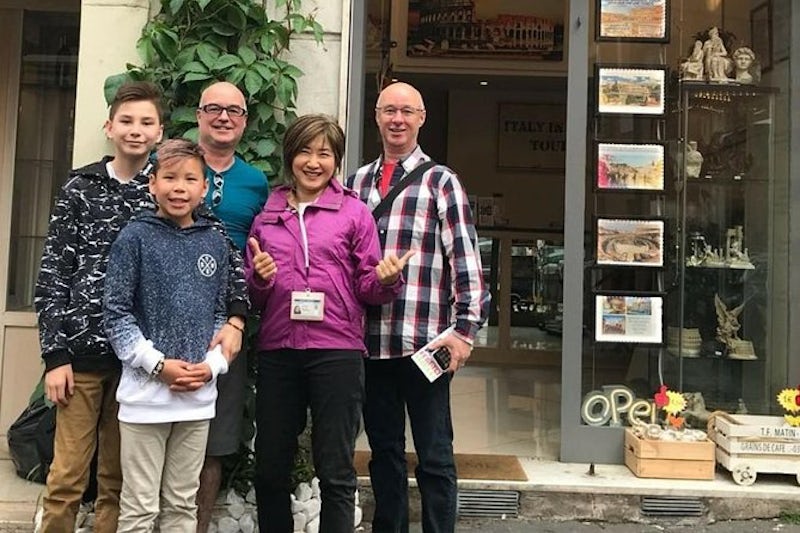 The gladiator fights, mock sea battles, animal hunts and fights, mythology drama shows and even public executions, the Colosseum is a must-see attraction in Rome. Witness the incredible history of this 2,000 year old structure up close on a private skip t

Your entrance will be called the stern entrance, you will be walking under a great archway known as the "Porta Libitina" or "Gate of Death" and out onto the reconstructed Arena Floor, where the savage games once took place. The Gate of Death earned its name because only the dead passed through this exit after losing their lives in battle. Facing death at the hands of ferocious human or animal opponents, gladiators fought surrounded by 60,000 screaming spectators. Most Colosseum visitors aren’t allowed on the Arena Floor, but this private tour includes privileged access.

Learn about the larger-than-life characters Mark Antony, Cleopatra, Julius Caesar and more. And last but not least, sandwiched between the Roman Forum and the Circus Maximus, is the Palatine Hill. This awe-inspiring area of towering pine trees, majestic ruins and unparalleled views was where Romulus was said to have founded Rome in 753 B.C. This is also where Rome's emperors lived in opulent luxury. Once one of ancient Rome’s most exclusive neighborhoods, the Palatine Hill is still an awe-inspiring place. With views of Circus Maximus and the Forum, don’t miss this incredible photo opportunity.