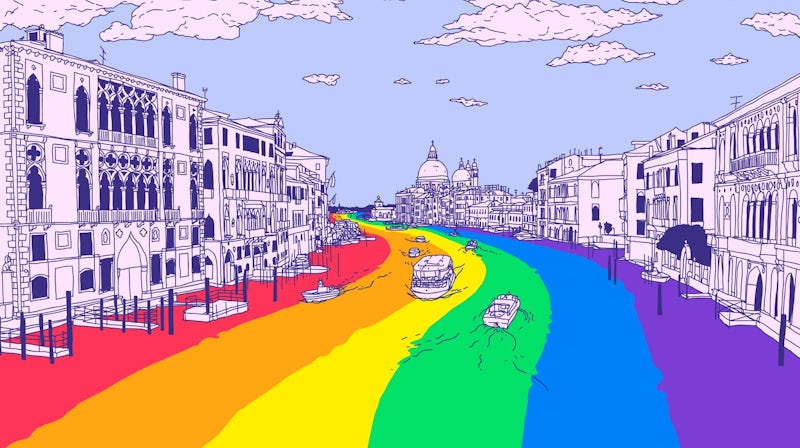 Like A Virgin: Gay Life In Venice In The Past And Present

Hear about the stories about cross-dressing in cat masks and Rolandina, the first transgender we know about in Italy. Explore the places gay cruised from middle ages to the Grand Tour, enjoying the tolerant, laid-back and easy-going city attitude today

Take a trip over the centuries through the history of the LGBTQ community in Venice, which is as labyrinthine as the city’s convoluted system of canals. Travel back to Middle Ages, when the practice of sodomy by gay or bisexual men was deemed a sin, and punished heavily by local authorities. Learn about the history of Rolandina, a transgender who was burned at stake in 1354, as several other men of all social statuses, from commoners to nobles, have being condemned for their same-sex relations in the following centuries. Travel as educated European did in the 17th, when Venice became one of the homosexual tourism destinations of the Grand Tour in 17th century. Learn how Death in Venice by Thomas Mann and The Desire and pursuit of the Whole by Frederick Rolfe made the city a place of homosexual imagery during Belle Epoque. Learn about the fascist attempt to “clean up” the city and follow the locations of a music video shot in Venice with a real lion and a gay-icon as Madonna, checking out how is gay life nowadays in the floating city.