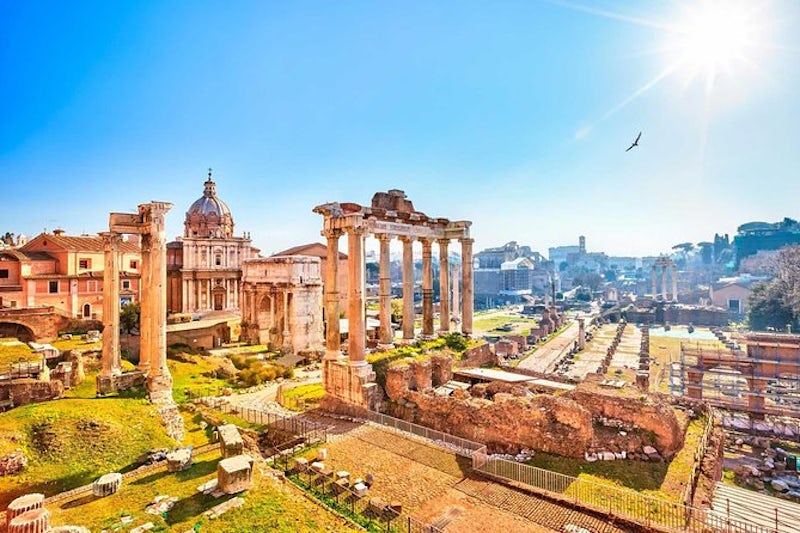 A real jump back in time to the ancient Rome. Re-experience life as it was 2000 years ago, walking on the same cobblestones once beaten by senators, gladiators and emperors.

If you think about Rome, you think about Colosseum, one of the New Seven Wonders of the World that gathers millions of visitors every year. Despite it being damaged by time, catastrophes and atmospheric agents, it has also been listed as a World Heritage Site by UNESCO. We will take you inside the most amazing world’s Amphitheater, once used to stage spectacular gladiatorial games, to discover its secrets, all this with no queues!

After that we will continue the tour visiting the Roman Forum. It was the center of the religion and the political life of Rome, composed of 50 buildings, including churches, arches and temples, arose in the Palatine Hill. We will go on towards the Palatine Hill: the centermost of the Seven Hills of Rome and one of the most ancient parts of the city. It stands 40 meters above the forum, and looks down upon it on one side and upon the Circus Maximus on the other.

What is special about this Walking Tour of Ancient Rome is that according to Roman mythology, the Palatine Hill was the location of the cave, known as the Lupercal, where Romulus and Remus were found by the she-wolf Lupa that kept them alive.