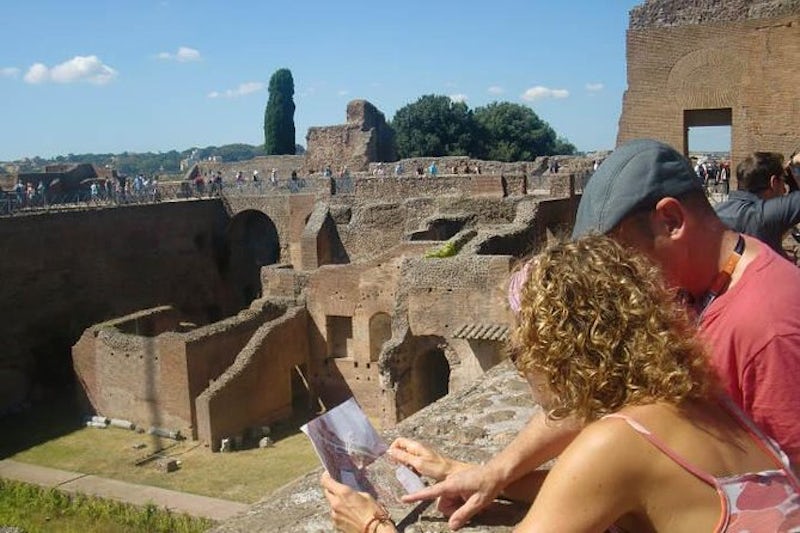 Immerse yourself in the magical city of Rome! Our shared minivan port-to-port excursion will take you to all the iconic places in the city you want to see. Meet fellow travelers, and enjoy the art, architecture, and history that makes Rome the greatest city on Earth.

Upon the arrival, your English speaking driver will provide you with extensive information about the history of the site.

It’s the world’s largest Christian basilica, nested in the heart of Vatican City.

You'll see Michelangelo's incomparable Sistine Chapel, the Basilica, as well as its massive plaza, where thousands gather to hear Pope Francis speak. For an extra fee, you'll be whisked to the front of the line, so you won't be wasting a second of your time.

Piazza Navona is one of the most ancient and historic places in Rome. The square follows the outline of the Circus Agonalis built by Domitian. On the square, Bernini’s Fountain of the Four Rivers is located. The four rivers depict the Nile, the Ganges, the Danube, and the Rio de la PIata representing the four corners of the Earth targeted for conversion by the Church.

The Pantheon is the best-preserved building from ancient Rome, and was completed in c. 126 AD during the reign of Hadrian. Its magnificent dome is a lasting testimony to the genius of Roman architects, and as the building stands virtually intact, it offers a unique opportunity for the modern visitor to go back 2000 years, and experience the glory of Rome.

Then we'll head over to other must see spots on the tour, such as the Colosseum, where you can marvel at its intricate underground passageways. This majestic ruin, the largest amphitheater built during the Roman Empire, was built in 72 AD by Vespasian. For a small extra fee, you we can provide you with a skip the line ticket, a guided tour option, an audio guide or video tour.

Arco di Costantino is a triumphal arch in Rome, situated between the Colosseum and the Palatine Hill. It was erected by the Roman Senate to commemorate Constantine I's victory over Maxentius at the Battle of Milvian Bridge in 312.

Originally occupied by marshes, the area of the Forum was reclaimed by one of the first urban development projects of ancient Rome: the Cloaca Maxima, a large water drainage system. In the end, there was nothing left, but a pond, the lacus Curtius.

There's so much to take in, and next we'll visit the colorful Piazza di Spagna and its world famous Spanish Steps, where you can stop and soak in the full flavor of Roman life.

Enjoy a marvelous view of the most famous steps worldwide.

Rome’s most iconic fountain is a wonder to behold. Standing 26 meters tall, 49 meters wide, and intricately decorated in the Baroque style, the Trevi Fountain is an unmissable sight of the city. Built on top of an ancient water source.

We are on your schedule, not ours! The tour can end any time you like, and we also guarantee you won’t miss your cruise.