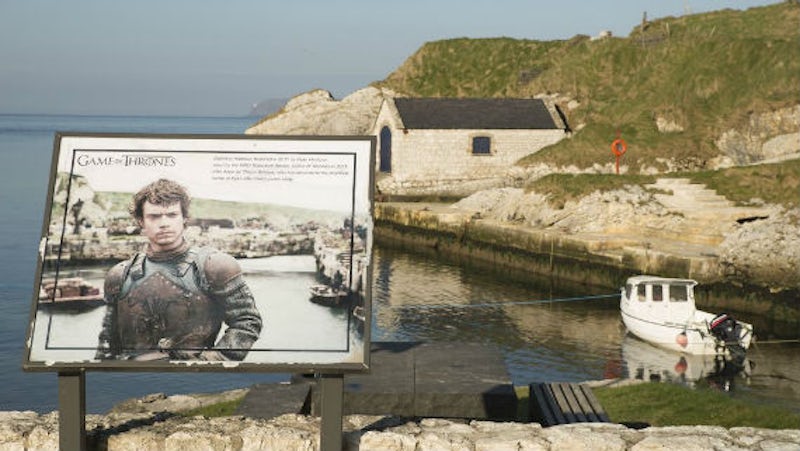 Giant'S Causeway And Game Of Thrones® Location Tour From Dublin

Get the inside scoop on Game of Thrones® filming as you visit The Giant's Causeway, Ballintoy Harbour, the Dark Hedges and Belfast City.

Depart Dublin and discover some of most photogenic locations in Northern Ireland on a Game of Thrones locations tour and visit the UNESCO World Heritage site of the Giant’s Causeway. Journey down the tunnel-like avenue of intertwined beech trees known as the Dark Hedges, and spend around 20 minutes at the site where Ayra Stark became friends with Gendry and Hot Pie in Game of Thrones.

Continue to the Giant's Causeway to enjoy around 1.5 hours exploring the 40,000 interlocking hexagonal stone columns on the shores of the Atlantic Ocean.

Continue to scenic Ballintoy Harbour, and discover where Theon was baptised in front of Balon and Yara, and where Euron was drowned and crowned to be king. Enjoy around 60 minutes to take in the views and reflect on all the magic and mystery of Game of Thrones®.

After Ballintoy harbour we will visit Larrybane Quarry. Larrybane Quarry is the site of Renly Baratheon’s Camp of course before he got killed by the Shadow Prince but there Margaery and Renly watch Brienne of Tarth fight Ser Loras Tyrell. Larrybane is one of the most sheltered locations along the north coast.

You will spend around 45 minutes of free time to admire the city sights. See the famous Crown bar, Belfast City Hall and its Titanic memorial garden, Big Fish and Albert’s Clock. Finally, you will be back in Dublin by around 7:30 PM to 8:30 PM.

*All times are approximate. The locations might be visited in a different order, depending on traffic and weather

**This tour is independently operated. It is not affiliated with HBO® or anyone associated with Game of Thrones®