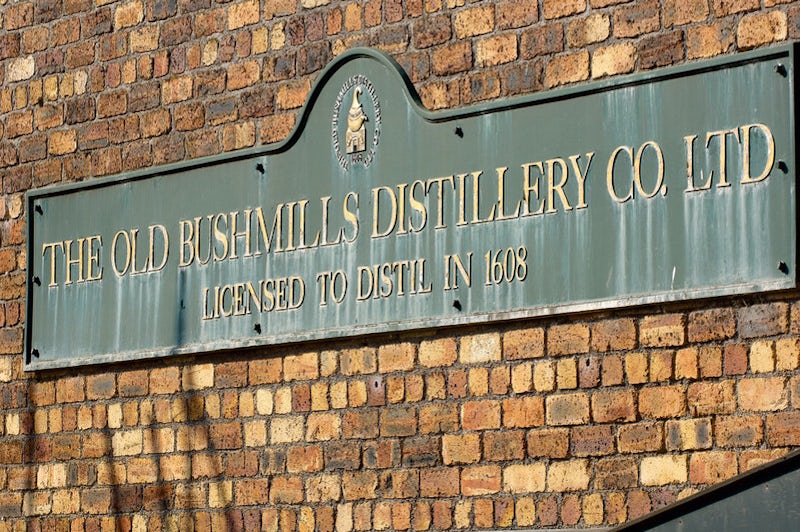 Visit the Giants Causeway from Dublin on a full day tour. Your tour will also visit the Bushmills Whiskey Distillery in Bushmills for a Whiskey Tasting(exclusive to us). Belfast, Dark Hedges and Dunluce Castle also included in the itinerary

Join our exclusive tour to the Giants Causeway in Northern Ireland that also includes a Whiskey tasting at the worlds oldest licensed Whiskey distillery. During this whiskey tasting the resident whiskey expert will tell you all about the fantastic 10 year old, 12 year old and Distillery reserve whiskey that you will be tasting.

The Dark Hedges, off Bregagh Road, Ballymoney Northern Ireland The Dark Hedges were planted 270 years ago by the Stuart family as a driveway to their mansion Gracehill Manor. It is now the most photographed natural phenomenon in Northern Ireland. We will spend around 20 minutes here for some pictures.

Enjoy a 5 minute photo stop at the most beautiful castle ruin in Ireland. Dunluce Castle is a sight be behold. This gem will definatly leave you with pictures that will get many likes on Facebook.

Spend 2 hours at the Giant's Causeway, Causeway. This must-see World Heritage Site is Northern Ireland's most popular visitor attraction, and for good reason. Magnificent seascape and of course the awe-­inspiring hexagonal/polygonal stone columns that form the legendary Causeway itself, some of which reach 40 feet (12 meters) into the air. The Giant’s Causeway was declared a World Heritage Site in 1986.

Next we will spend at least an hour in Belfast City. Belfast has a very compact city centre as a legacy of the Troubles, also known internationally as the Northern Ireland conflict. Visit the Crown bar, Big Fish, Albert’s Clock and many more attractions in the city centre while you do some shopping or buy snacks for your way back to Dublin.