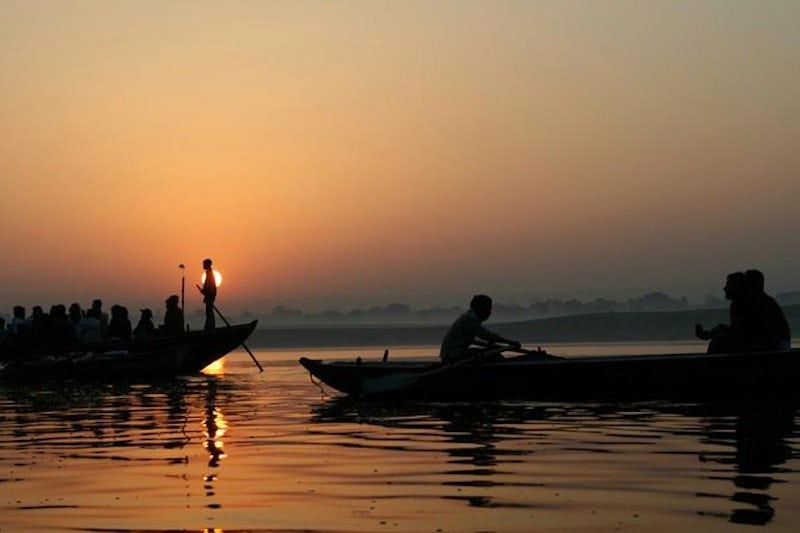 Experience the Culture &amp; traditions of Hindu’s alongside the river Ganges in Varanasi. &nbsp;Witness the rituals performed by Hindu’s during the Sunrise. &nbsp;Varanasi is a city in the northern Indian state of Uttar Pradesh dating to the 11th century

Varanasi or Banaras or Kashi, call it by different name but every name will give you a unique story and joyful feeling to be here. A city situated on the banks of river Ganges. Varanasi has been a cultural centre of North India for several thousand years, and is closely associated with the Ganges. Hindus believe that death in the city will bring salvation, making it a major centre for pilgrimage. The city is known worldwide for its many Ghats, embankments made in steps of stone slabs along the river bank where pilgrims perform ritual ablutions.
Start your Journey with the Hotel pickup where your guide and cab waits for you. Tour Starts either at 5:00 AM and 6:00 am depending upon the season. Time shall be confirmed to you post booking. Enjoy the city with more than 2000 temples that includes the Kashi Vishwanath Temple also called the Golden temple dedicated to Lord Shiva. With so many Ghats here, Some of the prominent and popular one’s include the Dasaswamedh Ghat, Manikarnika Ghat, Harischandra Ghat, Assi Ghat,Shivala Ghat, Man Mandir Ghat, Darbhanga Ghat, Ahilyabai Ghat and the Kedar Ghat.
On the completion of boat ride, visit to the oldest part of Varanasi for a small walk. Stop by the Kashi Vishwanath temple.
Post Completion of the tour; get dropped off back to your hotel.