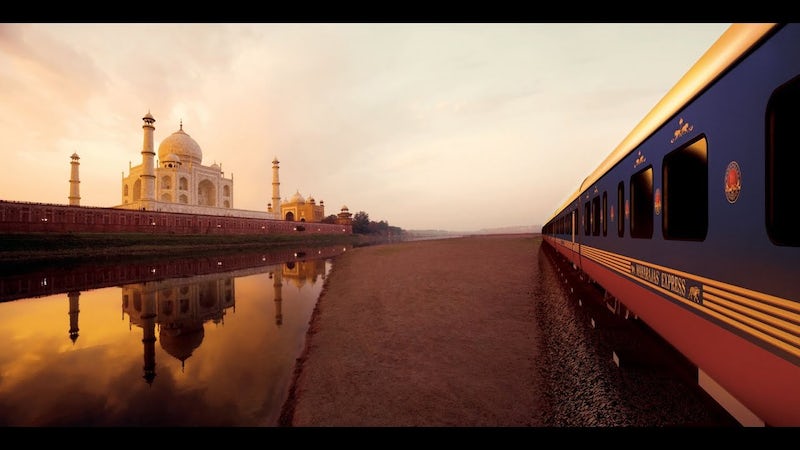 Day 1: Delhi__Agra By Train. Early morning, our driver will pick you up from your hotel in Delhi and transfer you to the train station to catch a train to Agra.

Upon arrival you will be met by our representative who will transfer you to your hotel. Later you will visit the magnificent Taj Mahal - one of the seven wonders of the world surely the most extravagant expression of love ever created.

You will also visit the Agra fort – the rusty and majestic red- sandstone fort of Agra stands on the banks of the river Yamuna and the construction was started by Emperor Akbar in 1566.

Day 2: Agra__Jaipur by Train. After breakfast we will take you to Agra Train Station to catch the Train for Jaipur.

Upon arrival you will be met by our representative and brought to your hotel.

Day 3: Jaipur___Sightseeing By Car. After breakfast you have full day tour of the impressive Amber Fort, situated on a ridge just outside Jaipur City. At the foot of the hill you will climb up to the main gate, making your entrance in the time honored fashion.

The Fort, afternoon tour of the City - "The Pink City" is spectacularly set within surrounding rugged hills, dotted with ancient ruined fortresses. Your tour will include the imposing City Palace, Hawa Mahal "Palace of the Winds", and the open-air Jantar Mantar Observatory to see the vast astronomical instruments.

Day 4: Jaipur – Delhi By Train. Early in the morning you will be transfered to Jaipur Train Station to catch a train for Delhi.

Upon arrival you will be met by our representative and enjoy the sightseeing tour of Delhi.

You will Jama Masjid - the largest mosque in India and the Red Fort - once the most opulent fort and palace of the Moghul Empire.

After lunch you head to New Delhi which will will start from Humayun's Tomb, Qutub Minar, followed by a drive along the ceremonial avenue - Lotus temple, India Gate & Birla temple.

At the end of the day we will drop you off at your hotel in Delhi.

What is not included: