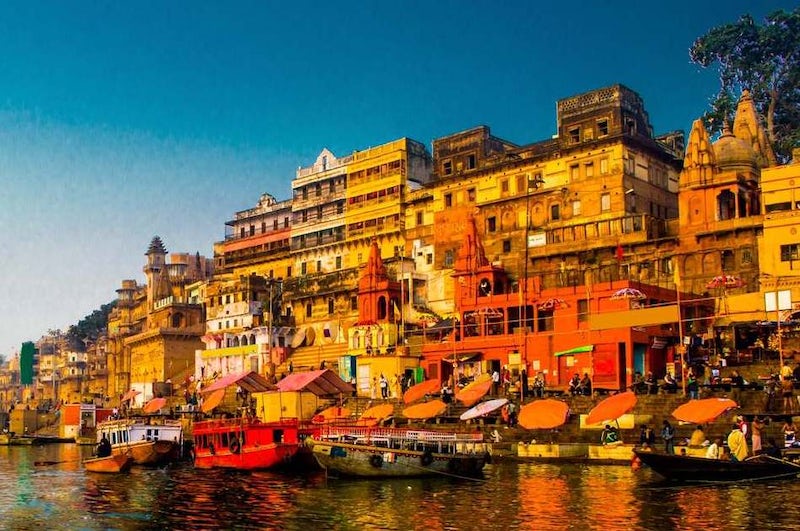 Travel from Delhi to Varanasi on this three-day adventure by express train and see some of India's top destinations. Spend a day exploring the streets and sites of Delhi, then head to the ancient city of Varanasi for two days of discovery in the sacred city. See the famous Ganges River, wander the narrow alleys and lively markets and witness riverbank rituals that are guaranteed to be memorable on this multi-day tour.

Spend 3 days exploring some of the India's most fascinating places on this 3-day tour of Delhi and Varanasi. Enjoy a day of exploration in the vast city of Delhi and visit the Qutub Minar and the Jama Masijid, before embarking on an overnight train to the sacred city of Varanasi. Spend 2 glorious days in the Holy City and learn all about its rich spiritual history while witnessing the moving spiritual rituals along the Ganges River.

Begin the morning with a pick-up directly at your hotel and immediately set off on a sightseeing tour of Delhi. Admire the inscriptions of the Qutub Minar and the beautiful Jama Masjid mosque. Visit the famous Humayun's Tomb and beautiful Lotus Temple, and drive past the Rashtrapati Bhavan on your way to India's national monument: India Gate. Throughout the day, enjoy some wonderful eating experiences from a variety of traditional cuisine, and leave Delhi in the evening aboard an overnight train to Varanasi.

After settling in to your hotel in Varanasi, enjoy a guided tour of the sacred city. Varanasi, a religious capital of Hinduism and the symbol of Hindu renaissance, is filled with beautiful mosques and temples, such as the stunning Kashi Vishwanath Temple and the grand Gyanvapi Mosque.

Varanasi also holds the Benaras Hindu University, Asia's biggest university and a center of learning and civilization for over 3,000 years. Visit all these and other important monuments throughout the day, including the sacred place for Jains and the birthplace of Parsvanath, and in the evening, attend the aarti at the Ghat against the backdrop of the setting sun.

In the early morning, take a boat ride down the sacred river Ganges to see the sun rise over the cremation Ghats and observe the sacred rituals of the faithful on the banks of the river. Return for a walk through the cobblestone streets along the banks of the Ganges river and visit the multitude of shops selling handcrafts and holy beads, handicrafts. In the evening, board the overnight train back to Delhi.