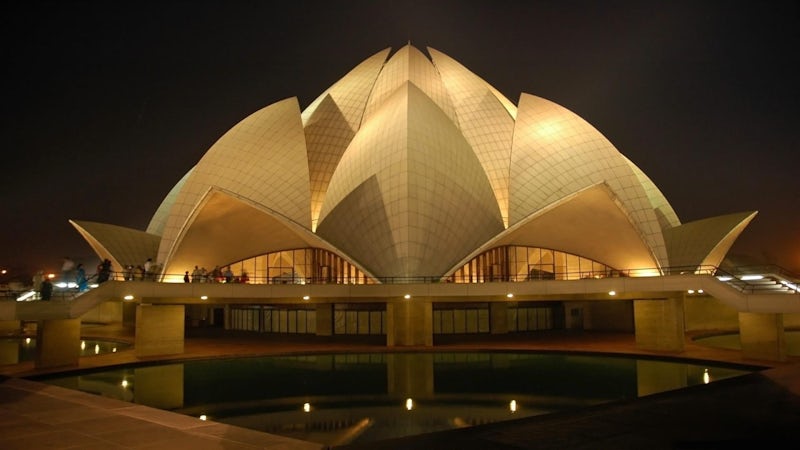 Enjoy the top spiritual attractions in the walled city of Old Delhi with a private guide on a 6-hour sightseeing tour. Learn more about India's different faiths and disciplines, while visiting india's most important holy temples and sacred monuments.. After admiring the exquisite architecture, your private guide will be on hand to explain the importance of each destination and offer an insight into India’s diverse religions.

The journey commence with a pick-up from anywhere in Delhi in a comfortable AC car.

Start this commendable tour firstly by visiting 17th century ‘Jama Mosque’. Then, gear up for a tuk-tuk ride to the Asia’s largest spice market known as ‘Chandni Chowk’.
After this visit one of the biggest Hindu Temples known as ‘Swaminarayan Akshardham’
Later, head to visit, Gurudwara Bangla Sahib, a famous Sikh shrine which offers food (Lungar) 24*7.

Post this, stop for lunch and then move to the Lotus temple, it is known as the 21st century Taj Mahal
Pass by ‘The presidential House’, Known to be the second biggest after Quirinal Palace in Italy and ‘India Gate’, which is a war memorial of India.
In the end, with the lifetime experience of the spirituality of Delhi, head back towards the hotel or airport as per your preference.

This tour is suitable for everyone.