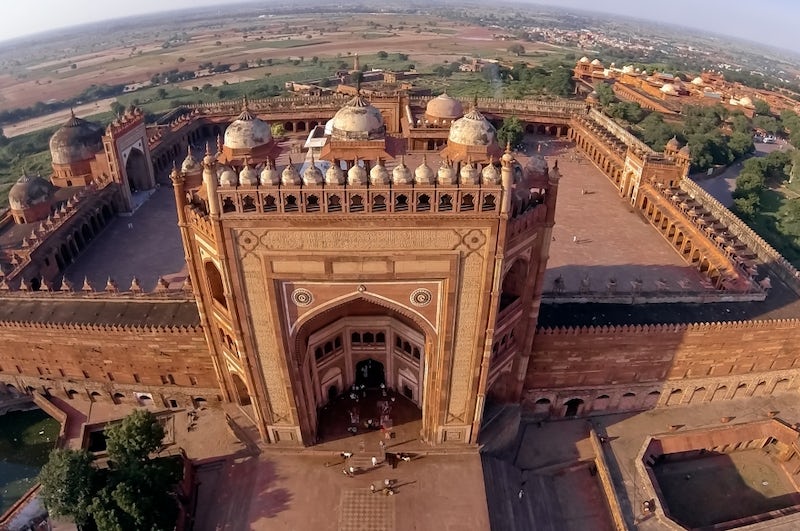 Visit three UNESCO World Heritage Sites on a private full-day tour from Delhi to Agra. See the Taj Mahal, Agra Fort, and Fatehpur Sikri, and have time to explore the back streets of Agra. Includes private guide and vehicle, and hotel pickup and drop-off in Delhi.

After pickup at your Delhi hotel at 6am, relax in your private air-conditioned vehicle as you travel to Fatehpur Sakri, a journey that takes about four hours.

Located 25 miles (40 kilometers) from Agra, Fatehpur Sikriwas built by emperor Akbar in 1569 and served as the capital of the Mughal dynasty in India for 15 years before being abandoned due to the scarcity of water. Among the landmarks in the city, you'll see the Jama Mosque, the 54-meter-high Victory Gate (Buland Darwaza), and the white marble tomb of Shikh Salim Chrishti.

Next up, head to the outskirts of Agra to visit Agra Fort, where your local Agra guide meets you to show you around the fort complex, which contains a number of beautiful mosques and palaces. Hear about the Emperor Shah Jahan, who built the Taj Mahal and was later imprisoned in Agra Fort by his son.

Have lunch afterward, then visit the Taj Mahal in time to see the spectacular building with the sunset in the background. Have time to take in this famous World Heritage Site before your driver returns you to Delhi.