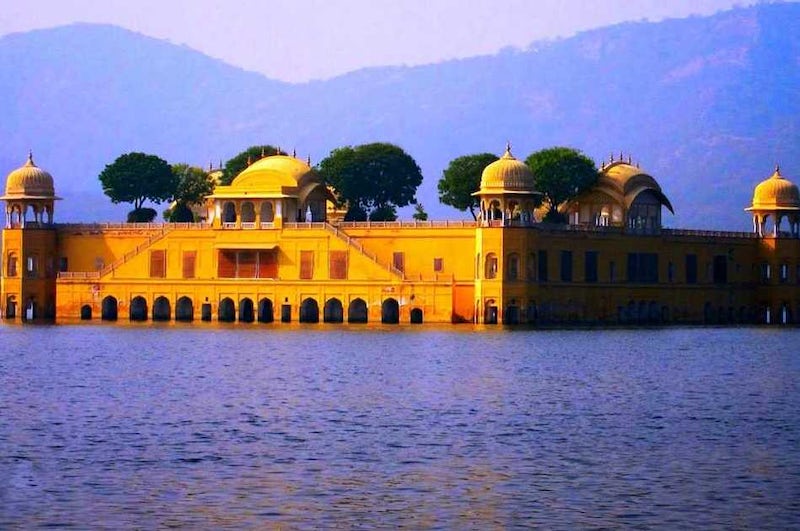 Follow the famous Golden Triangle. Enjoy the perfect introduction to India's three most popular destinations - Delhi, Agra and Jaipur - as we explore the icons and discover the secrets of this fascinating region.

Experience the history of massive forts, the opulence and splendor of Rajasthan's palaces, the bustle and buzz of markets and bazaars.Travel through a land full of contrasts on this compact India tour, jam-packed with unforgettable highlights..Also visit the Varanasi is the city draws pilgrims who bathe in the River Ganges’ sacred waters and perform funeral rites dedicated to the Hindu god Shiva.

Today our Representative will pick you up from Delhi Airport or your Hotel and transfer you to Jaipur. Upon arrival check in at hotel. Later go for a city tour of The Pink City. Starting from the imposing City Palace, Hawa Mahal (Palace of the Winds) and the open-air Jantar Mantar Observatory to see the vast astronomical instruments. You will then stay the night at your hotel.

This Morning after breakfast you will have a full day tour of the impressive Amber Fort Palace. Amber Fort is the classic and romantic fort palace with a magnificent aura. Later you will go Shopping at Jaipur famous Bazaars. You will then be dropped off at your hotel for your overnight stay.

Today after breakfast drive to Agra en route visit Fatehpur Sikri that was built by Emperor Akbar as his capital and palace in the 16th century. Thereafter continue drive to Agra. Stay Overnight At Hotel.

In the morning before breakfast you will go to visit the magnificent Taj Mahal, one of the seven wonders of the world. You will then return to your hotel for breakfast. After breakfast, you will check out from your hotel and go to visit the Agra fort – the rusty and majestic red-sandstone fort of Agra that stands on the banks of the river Yamuna. Later that evening you'll take an overnight train to Varanasi.

Today you will go for a boat ride. Starting early in the morning you'll experience the life of this ancient city. See the beauty of the rising sun on the Ganges. Enjoy the boat ride, experience the early morning rituals of the Hindus being performed, thousands of people taking a bath in the holy river believing they will be free from the circle of rebirth. It is interesting to see the pilgrims offering sweets, flowers and holy water to the Sun God. Later that evening you will be transferred to the Varanasi Train Station to catch your overnight train to Delhi.

On arrival at New Delhi Station our Representative will pick you up and take you on a sightseeing tour of Delhi. You'll start off from Old Delhi. Visiting the Raj Ghat, Jama Masjid - the largest mosque in India and the Red Fort. After lunch you will go sightseeing in New Delhi. Starting from India Gate you'll see Birla temple, Humayun's Tomb, Qutub Minar and Lotus temple. Later you will be transferred to the Delhi Airport or Train Station for your onward Journey.