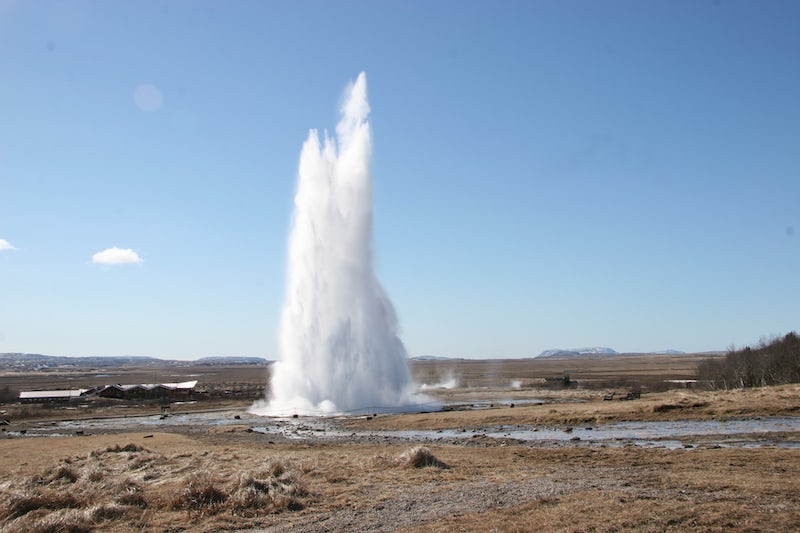 Your trip starts with a whale watching tour from Reykjavik, where you’ll get a chance to see whales and dolphins in their natural environment on just out from Reykjavik on Faxaflói bay.

The bird life of Faxaflói bay is rich and diverse all year round. Largest flocks are seen in late winter, when Capelin migrates to the area, drawing in thousands of birds and whales to gorge on this life-giving nourishment.

After whale watching, you can visit the "Whales of Iceland Exhibition" which is the largest exhibition of its kind in Europe, featuring around twenty-five life-size specimen of whales that live in the waters around Iceland.[1]

A UNESCO World Heritage Site, Þingvellir National Park, is one of most significant place in Iceland in terms of nature and history. It is the birthplace of the Icelandic Viking age Parliament Alþingi (930 AD), where laws were made and medieval justice carried out.

Þingvellir is home to lake Þingvallavatn, Iceland's largest natural lake, and is the place where the tectonic plates of America and Eurasia meet and drift apart.

Gullfoss waterfall is one of the most popular natural attractions of the Golden Circle trip. Standing next to the double cascade waterfall as it thunders down into the narrow Hvítárgljufur canyon is an unforgettable experience.

At Geysir gothermal area, one of the highlights is the hot spring Strokkur that erupts with scalding water every 5 minutes.