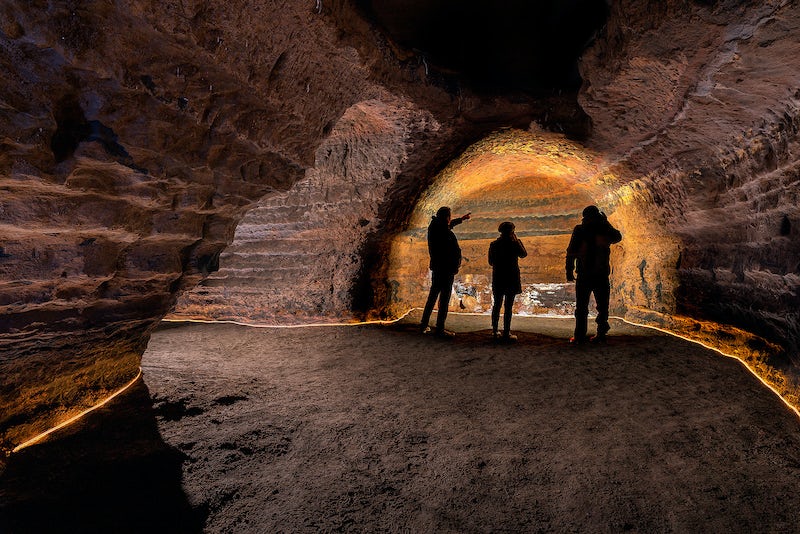 The Underworld Of The South - 60 Min

Twelve man-made caves have been discovered on the land of Ægissíða by Hella. Four of them have been open to the public. All of them ancient - with some believed to date even further back than the settlement of the Nordic Vikings.

The wonders of the Caves of Hella include ancient crosses, wall carvings and carved seats.

Mystery surrounds the caves and for centuries people have wondered:

Discover the secrets and experience and the magical Underworld of the South.

Clothes according to weather and don´t forget your camera! You might consider leaving your high heels at home