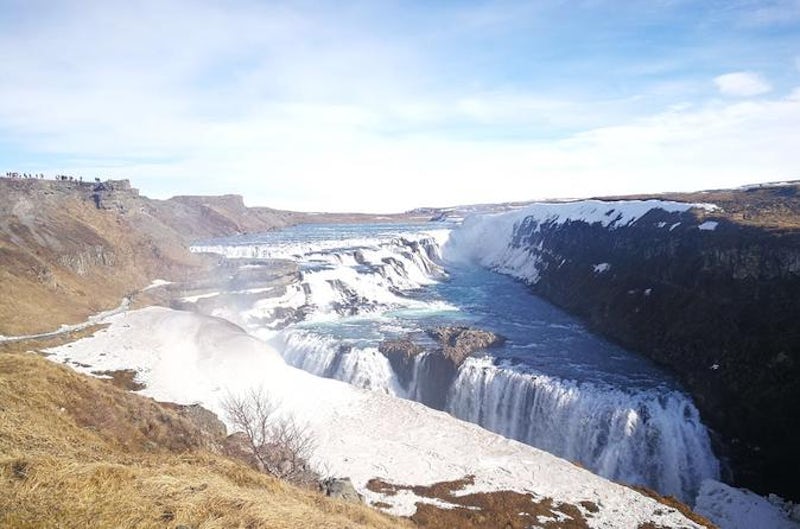 Enjoy a complimentary pick up from any hotel in Reykjavik between 8am to 9am in the morning. On the first day, you will head to the Golden Circle where the most popular attractions of Iceland are located. The Þingvellir National Park houses the oldest Parliament Building in the world. It is also where you can stand between two continental plates. Next, you will head to Geysir, a geothermal area, shooting vast jets of boiling water from 20 metres (65 feet) up to 40 metres (130 feet) high, every five to ten minutes. Gullfoss (translated to ‘Golden Falls’) is one of Iceland’s most iconic and beloved waterfalls, found in the Hvítá river canyon in south-west Iceland. The last stop for the day will be Kerið, a volcanic crater lake in the Grímsnes area of South Iceland.